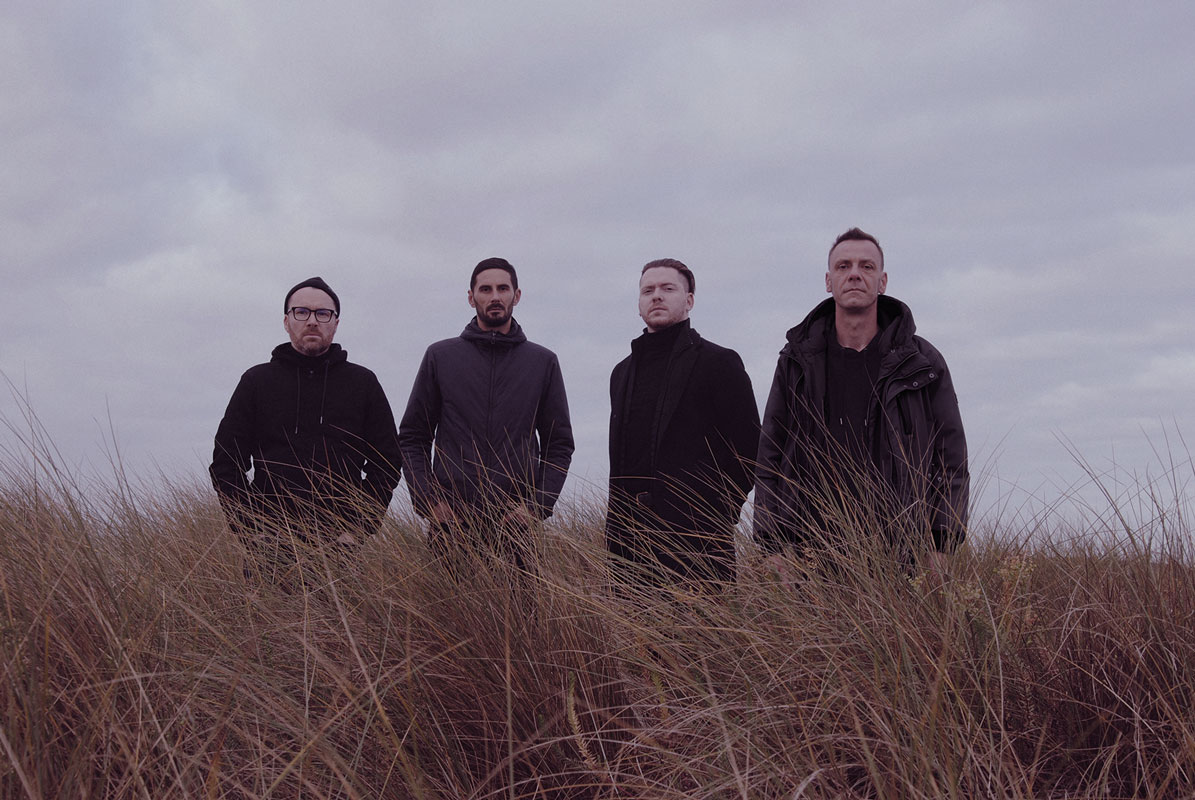 Succumb to Tense Atmospheres on “Ocean”, the New Album by Death Engine

After shadowing doubt on the band’s future with an unexpected break-up in 2019, Death Engine have returned with a bang in which the empirical post-metallers reformed, this time as a quartet, promising to evoke a similar shade of harshness and aggression as was the essence of their debut. Death Engine’s previous body of work prior to their break-up consisted of their first EP Amen (2013) as well as two full-length albums, Mud (2015) and Place Noire (2018), which perfectly encapsulate merciless and degenerate musicality in its most abrasive form. The band appeared to be on the up with subsequent tours of Europe, a 2015 appearance at Hellfest, and opening for notable acts such as Godflesh, Hangman’s Chair, A Place To Bury Strangers, LLNN, and Pigs… It now seems that, with a new line-up and material ready at their disposal, Death Engine are ready to pick up where they left off, and the release of their third album Ocean is a perfect way to kick things off for 2023.

Prior to Ocean’s release, Death Engine teased parts of what was to be the band’s soundtrack to an uncertain world. Presented in two parts were two prominent single tracks from the album, “Leaden Silence” and Dying Alone”, and the accompanying videos that formulate a sinister, horror-themed visual narrative with an abrasive post-metallic soundtrack that also melds elements of sludge, doom, post-hardcore, and post-punk.

Regarding the overall sound and nature of this album, Ocean certainly appears to be more sincere and personal in its creative approach; it conveys moments of maturation during a transitional period for the band whilst maintaining that nihilistic austerity that symbolises the unprecedented state of a global uncertainty. Stripped-back layers of feedback and massive rhythmic structures constitute Ocean’s abrasive foundation, with pummelling bass and dissonant guitar chord passages producing an eerie and apprehensive atmosphere, coexisting with menacing vocal lines that interchange between harshness and emotion. When reflecting on this creative process, Mikaël Le Diraison (vocals/guitar) asserts:

‘We’ve done a lot of writing, experimenting and refining of our style. So much has happened in our lives and in the world during this time. Ocean is steeped in the emotions that went into writing and recording it… And in the background, the overwhelming current events, the pandemic, the conflicts, especially the one in Ukraine, the condition of the refugees, the environmental collapse…If the right to hope was definitely being taken away from us, Ocean had to be the soundtrack.‘

You can stream the full album via Soundcloud below:

With its release scheduled for January 13, Death Engine’s Ocean is an excellent way to begin 2023 being distributed under the band’s own label Code Records and maintaining its long-standing collaboration with Throatruiner (Fange, Plebeian, Grandstand, Daggers), this will be a much-anticipated comeback. Be sure to keep up to date on Death Engine’s latest announcements through Facebook and Instagram, as well as checking out the rest of their discography on their Bandcamp, Soundcloud, Spotify, and YouTube.