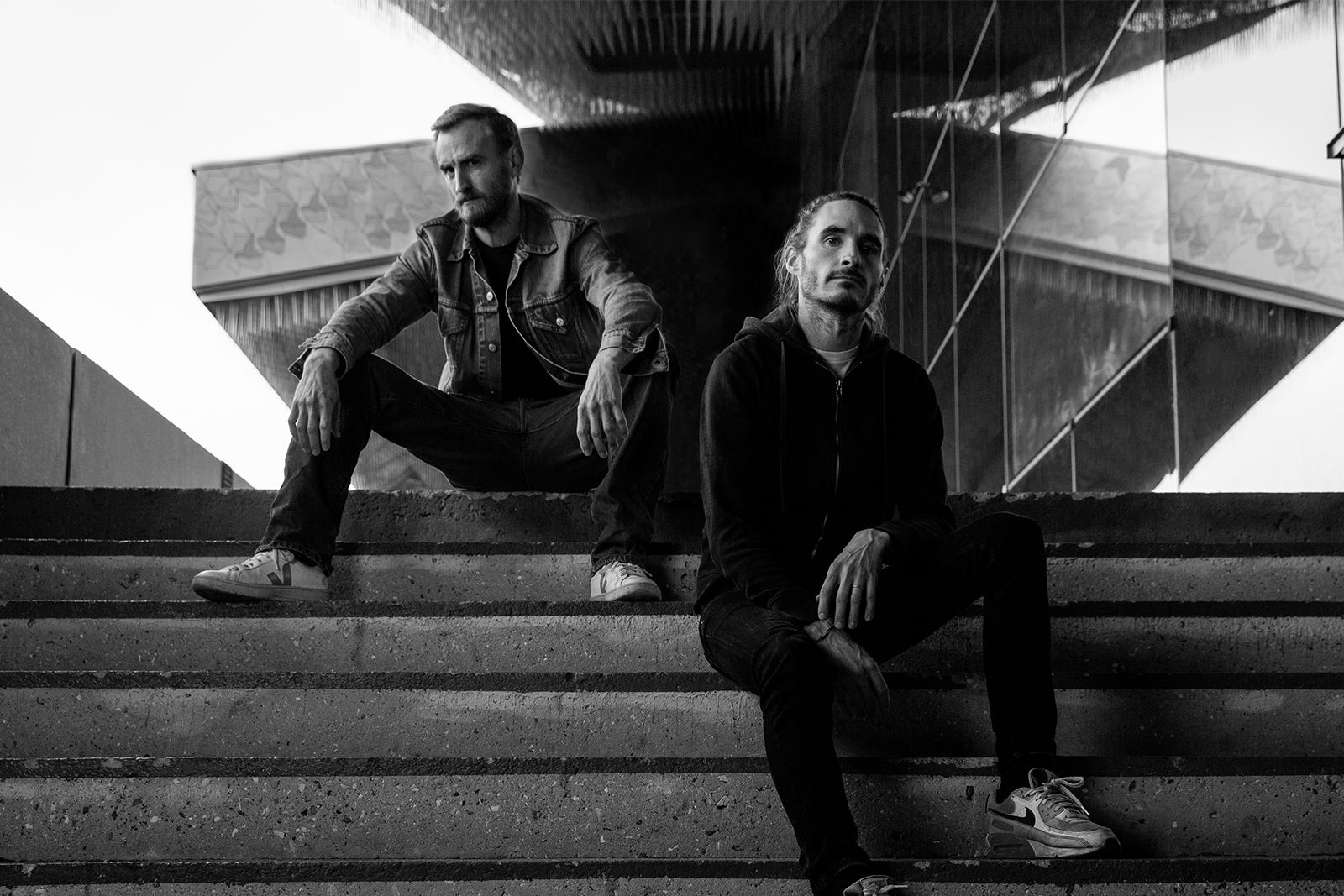 It felt like not very long ago when I was talking about how exciting 2021 was musically and how 2022 wasn’t going to let up whatsoever (which it didn’t). Now here we are yet again with similar reflections and premonitions as 2023 is already starting off hot with a multitude of heavy-hitters announced to be released in the not-so-distant future. There is absolute heat already dropping if you know where to look and Pelagic Records is one such source of reliable quality when it comes to post/progressive metal. Having recently signed to this behemoth of a label (quality wise), WuW are set to drop L’Orchaostre on February 3 and Everything Is Noise has an exclusive advance premiere of their newest single, “Orchaostre 2”.

In case you’re wondering how to pronounce WuW, or even what it simply means, the band states, ‘WuW is the sound wind makes when it blows on a hot night. It’s a low-end murmur that grabs you by the guts, a blast of air rushing through the mountains and the oceans.‘ To the uninitiated, it may sound like a pretentious gimmick but once their music writhes and burrows into the temporal cortex of your brain, you’ll be asking yourself why you ever questioned them in the first place. WuW are an avant-garde duo comprised of classically trained brothers, Benjamin and Guillaume Colin, joining fraternal forces to birth some truly asphyxiating doom/post-metal that drones and wanders beyond our wildest imagination. Stylistically, their music is an amorphous entity that never settles on any single idea but rather everything, all at once.

As is evident in “Orchaostre 2”, their sound is one that is heavily dynamic, hardly repeating any musical ideas but evolving them into something entirely new yet equally familiar as the track progresses. Watching the music video, you’ll discover that the color palette and visual effects masterfully represent the sounds and atmosphere that is captured throughout the song. The harrowing drone passage is captured by gloomy visual static and hypnotic visualizer effects. As the clean guitars slowly trickle in and the soaring synths eventually take lead, you get these vibrant colors that pop out and quell any distraught feelings generated due to the bleak opening segment.

I am not the sort that is super fond of music videos in general as most of them are cheesy band shots heavily sprinkled into some sort of narrative, which is nothing I am particularly interested in myself as it takes away from the story being told more often than not. There are special occasions in which the video has basically nothing to do with the music other than being a perfect companion piece (refer to Rolo Tomassi‘s “A Flood of Light” for a prime example of this) and in these instances, the video elevates the entertainment and amazement from the song that much more; the music video for “Orchaostre 2” is exactly that. The video is as dizzying as the track itself which I find beautifully appropriate. The hypnotic visual effects masterfully accompanies the sludgy ambience heard in the songs. With music as abstract as this, my brain wants to visualize something yet it doesn’t know what to visualize and this music video puts those indescribable thoughts into form.

In case you wanted to hear more about the music video specifically and how it came to be, the band had this to say:

‘“Orchaostre 2” is one of the first songs we wrote for this album. The main riff influenced the musical direction of the album, with its very ‘metal’ oriented vibe. At that early point of the writing process, we decided to let them (the riffs) express themselves and take their full place in the music of WuW. For the video, we choose to work with E.D. Bombackir, who is a very old friend of ours. His influences are mainly manga from the ’90s, which he mixes with more up-to-date styles and techniques. He has done a huge amount of work for this video and we absolutely love the result.‘

For a band that is as musically ambitious as WuW, they’ve certainly found their forever home in Pelagic Records as I don’t see another label that is as fitting for the band as this one. “Orchaostre 2” is my first exposure to WuW and likely is the same for you, so I hope this encourages you to check out their back catalogue and more importantly, their upcoming album, L’Orchaostre, set for release on February 3. If L’Orchaostre is any indication of how 2023 will be musically, then we are not ready and we never will be. Swing by their socials (Facebook | Instagram | Bandcamp) or pick up some sexy wax if you’re so inclined.