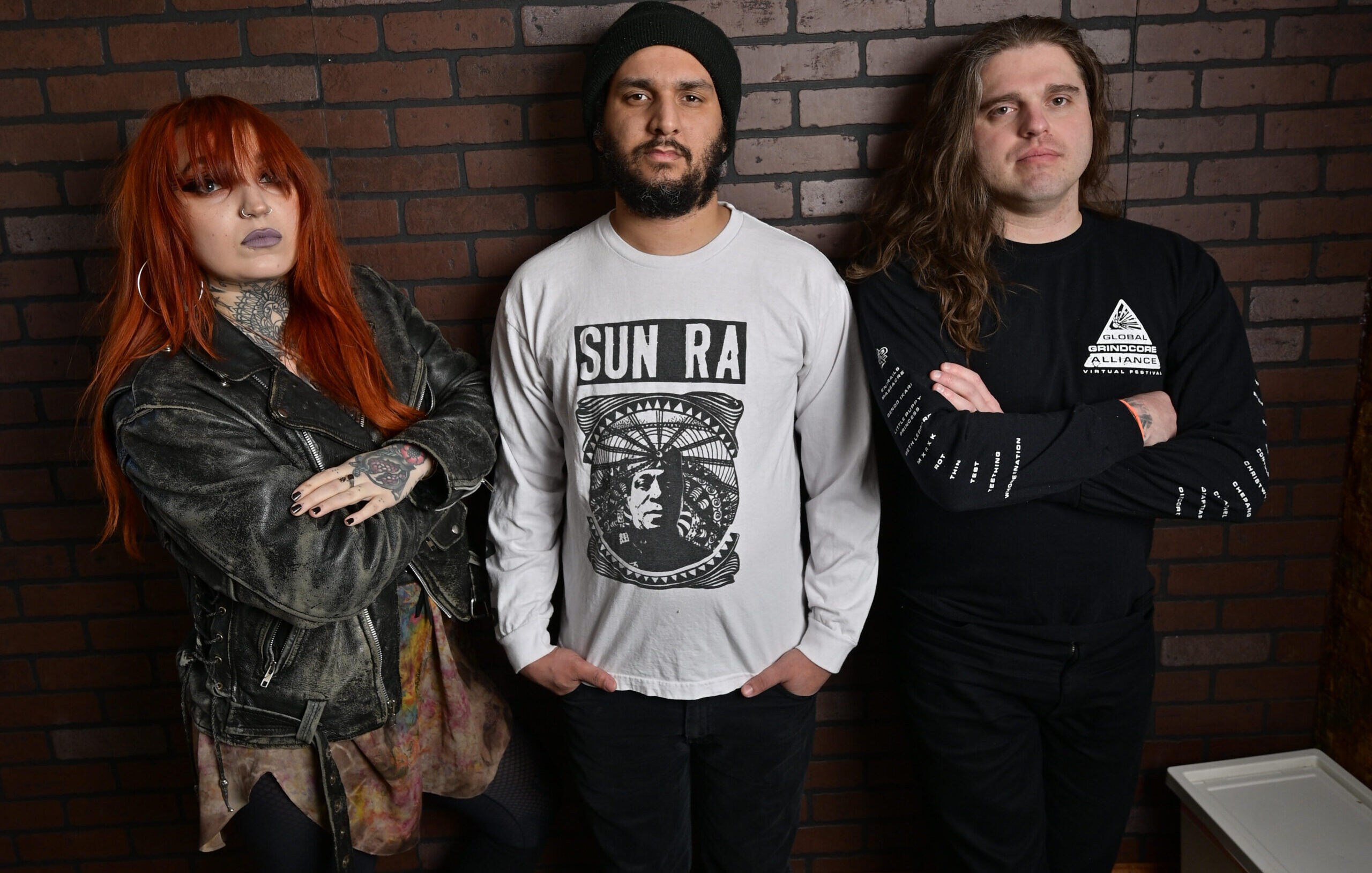 While I am just a tad bit late to the party on reviewing this, Cloud Rat’s Threshold has easily found its way into a list of top albums of 2022 for me. From start to finish, everything that initially got me into them when I caught them live with Pig Destroyer in 2019 is ever-present and maximized to a surplus degree. As a metal act, they have all the bases covered. But for me, something that has always set Cloud Rat apart is their unique way of sonic dynamic, both with sound and style.

Take for instance what is probably my favorite track on Threshold, “12-22-09”, which is the fifth track in on the album. On the front end of the track is an absolutely disgustingly heavy and sludgy riff sure to demand the adrenaline levels necessary to open the pit. Within a minute or so, this transitions into a slowly strummed, mewithoutYou-esque moment of crunchy chords and quieter drumming. This adds a sort of emotional, melodic passage to the layers just before it returns to a black metal-like, fast-paced tremolo guitar riff over blast beats and immediately gets right back to the adrenaline rush. All the while Madison Marshall’s intense, scathing vocal work makes its mark.

Tracks like “Kaleidoscope” and “Porcelain Boat” are also favorites from the album. These are two more places where we get a fine mixing bowl of all different elements of metal music. Nonetheless, it is presented in such a flavorful, well-blended formality that, without even having heard the album or seen the artist name on the metadata, fans could quickly identify and say ‘oh yeah, this is definitely Cloud Rat’. The clever use of melody, blackened elements, noisy feedback transitions and sounds between songs, and nonstop carnage of riffs and downtempo moments is almost like the band’s signature, signed and sealed across Threshold. Mind you, all of this comes from a mere three-piece act, which features vocals, one guitarist, and drums, yet somehow out-riffs bands with 5 or more members.

At a mere 31 minutes, even having 15 tracks, this album rips through the tracklist before you even know what happened. Just as strongly as it starts, it carries and closes on an endless barrage of metaphoric punches. Cloud Rat create their very own environment that invites your ears just as much as it haunts and berates them with what I consider one of the most visceral, authentic, unfaltering displays of raw grindcore and punk music yet, falling nowhere short of being within the metal category as well. If there’s one thing I love to see in metal musicians, it’s a boldness to go further than just the barebones of a ‘good riff’ or casual traditions of the genre.

Cloud Rat takes an audible wrath and turns it into something of true artistic value; a mesmerizing mass of muse and malaise. If somehow you’ve missed out on this album before this moment, you are best to get in on the action immediately. All of the band’s prior work that I have become familiar with since first discovering in 2019 has certainly been solid, but Threshold finds itself quite accurately titled. This is unquestionably a high point for the band; a peak of sorts, if you will.

This is a moment in the band’s career where the passion they’ve put into their music, as well as the passion resonating with their fans and supporters alike, all is forming an energy that you can not only see and hear, but also feel. As I mentioned at the beginning of this review, it was almost immediate that I queued this album as a contender for top album of 2022, and definitely so in metal. Cloud Rat are a cryptid in the punk, metal, and grindcore ranks; Threshold is a fresh footprint that not only reminds us of their existence, but increases the marvel as well as the emphasis of their capabilities as we closely examine it.