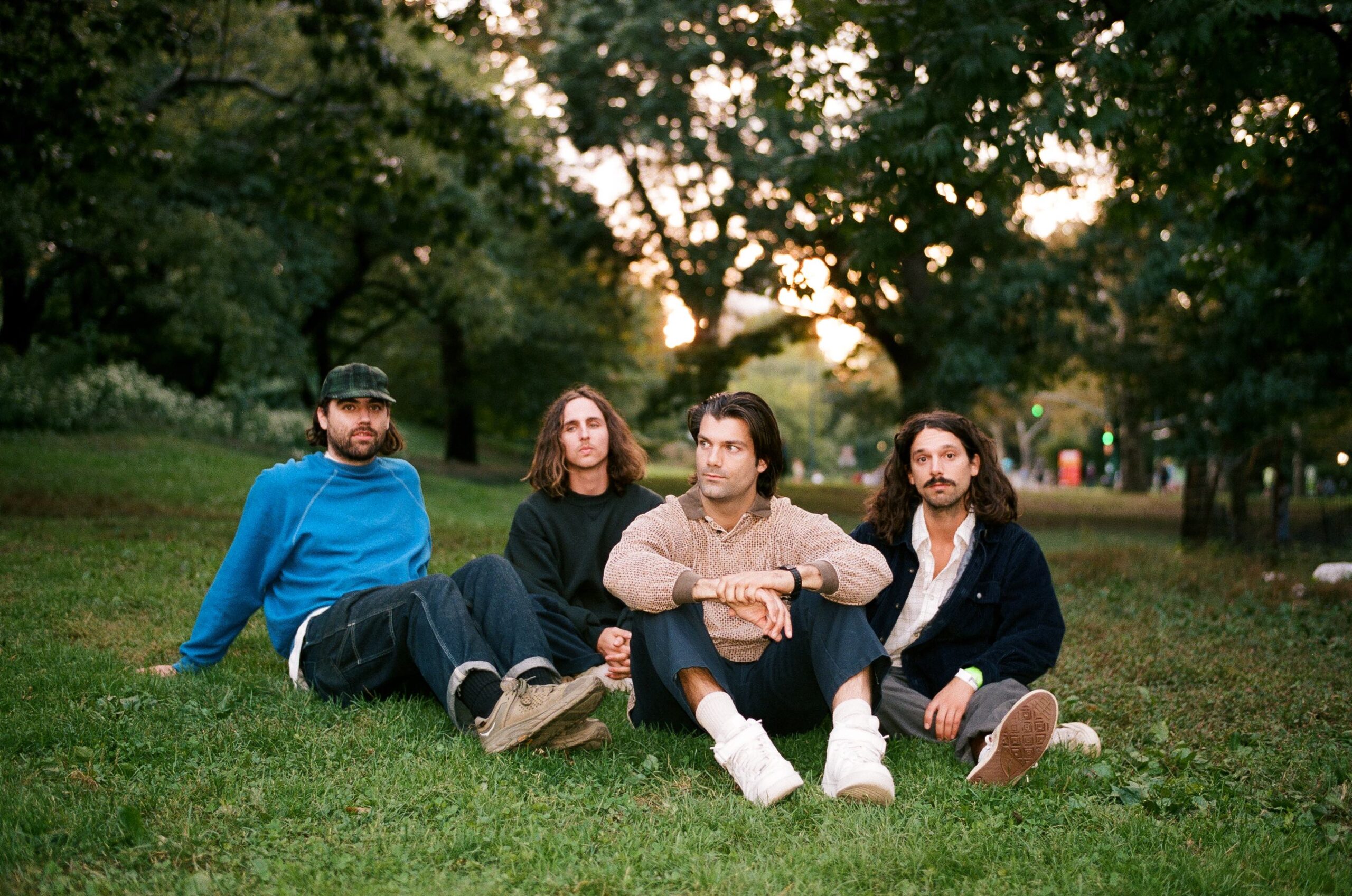 Turnover – “Myself In The Way”

By David RodriguezNovember 2, 2022 No Comments

Turnover dig deeper into their more gentle side to bring us Myself In The Way, an album that flirts heavily with psychedelic elements and disco regalia to great effect.

Turnover have been on a journey. Starting as dreamy emo heroes and putting out one of the last decade’s best albums with Peripheral Vision, they’ve been moving more toward a sunnier disposition with time, experimenting with general indie elements, suntanned surf rock, and now synthy psychrock and disco (I actually have a weird fan theory as to why the band’s progression has happened in this way, but now’s not the time). These are all just words, or at least that’s how you should take them. The point is the band are making good on their name, not letting a single style preoccupy them for long, replacing the foundations of their sound as they see fit. It’s admirable, really.

All the sad boys, girls, and pals may lament the loss of the Turnover from 10 years ago, but their current stuff isn’t without merit – far from it. They have gotten more tender with age, constructing a different vibe that’s quite easy to get into if you’ve matured along with the Virginia group, but still recognize growth is a never-ending endeavor.

Myself In The Way is contemplative of self and the relationships we engage in. Connections, I guess. “Wait Too Long” for instance, the lead single as far as I can remember, focuses on the attention we hold back giving, either because we choose to give it back to ourselves or because we’re unable to give. Its synths are twinkling and fragile, just like the bonds we create that can turn to dust if not fostered well, or if either party doesn’t have a keen understanding of what the other is going through and isn’t patient. It’s actually a neat little gentle interrogation of those dynamics set to the sonic equivalent of a flavored sparkling water (a compliment – I love sparkling water, it helps my heartburn).

The title track featuring Turnstile‘s vocalist Brendan Yates is of a similar ilk, though this time focused more squarely on love. It even gets a little meta with the singer (Turnover‘s that is; Austin Getz) contemplating a future settled down or on the move as a touring musician:

It just hit me as I was writing this that there’s a lot in common with Myself In The Way and Daft Punk‘s Random Access Memories. Throwback funk feel – though here it’s more attuned to disco with its liberal strings usage or psychedelic rock with the wavy, wailing guitars – there’s also light autotune like here on the title track or “Pleasures Galore”, and a sense that love is the ruler of this kingdom. Turnover never seem rushed or lacking control of themselves, fully uninhibited by expectations or much else. Whether you like that or not is definitely personal preference.

Me? I like it just fine. So often I find myself rushing to do things, to meet prerequisites of time or comfort in order to satisfactorily advance my own life in the way I want. I listen to a lot of fast music while I do all of this. I am speed. I never stop, but I need to. Myself In The Way reminds me that maybe I am in my own way with certain things. Maybe I could stand to take stock of where I’m at more often, make some more time for myself that is for me and isn’t just a means to another end. Someday.

Songs like “Tears of Change” are sentimental as well. It has an almost drowned-out surf rock quality, nostalgic for sure, but also futuristic in the sense that it may represent a future we’d benefit from, unruffled from the stress and mandatory fast pace of modern life, unburdened by the looming shadows of capitalism and a failing political system. I’d also recommend “Fantasy” if you’re just looking to get lost in an ocean of awesome instrumentation, lovely vocals, and a tone that treats love like a confection in which to be indulged.

Ultimately, it just sounds like Turnover are doing what they want to do. I hope they’re in a place now where their younger selves could look up at them and be proud of where they’re at. I think that’s all that matters. The rest of us, we can take what we like, and leave the rest behind. I’d implore diehard fans to give this a go though as it’s just a nice time, especially as summer leaves us for fall and things get chillier if you live in a region with more than one season. This album’s mood is warm and could pair well with a hot cocoa or tea. 🙂