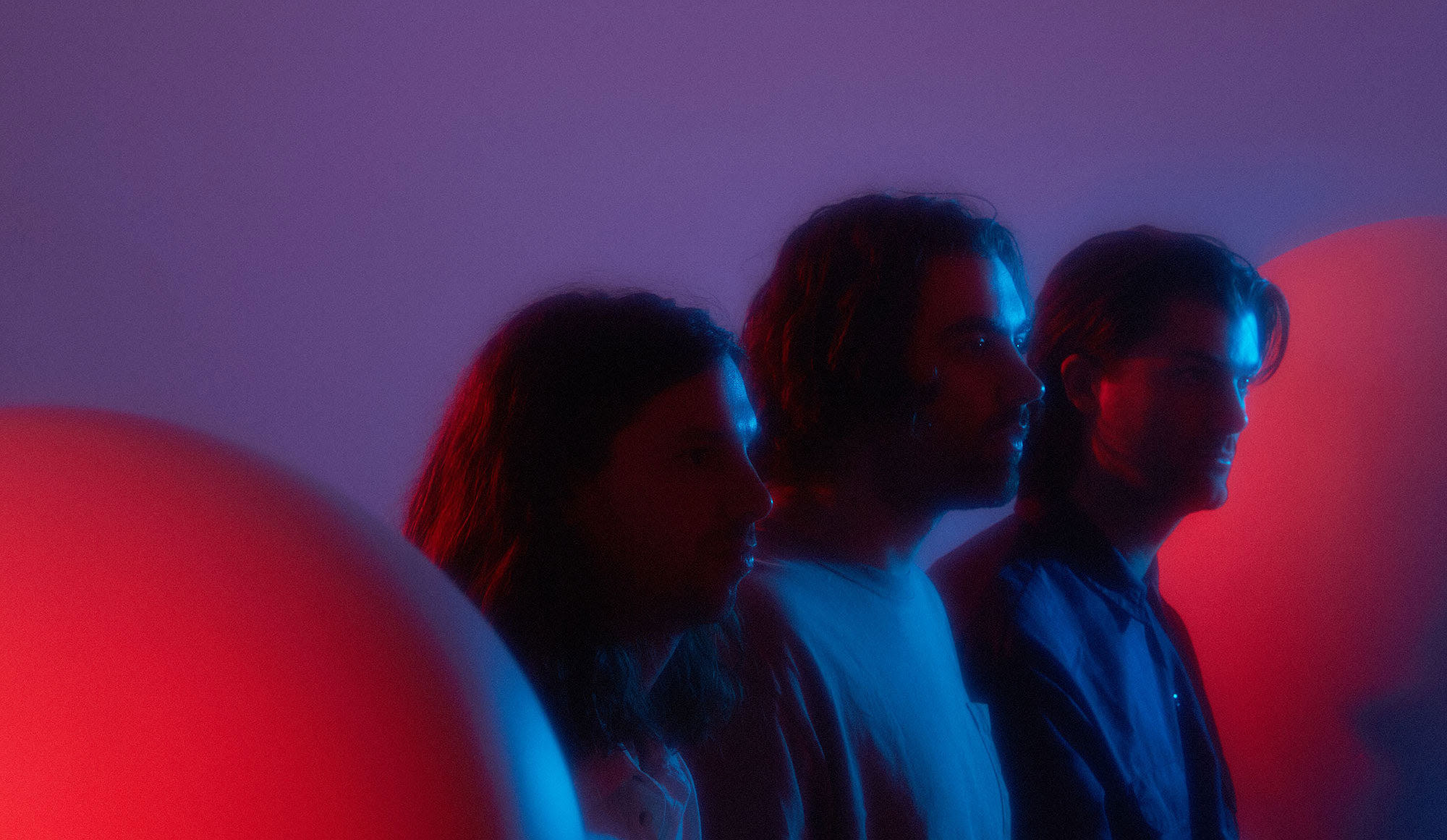 By David RodriguezOctober 28, 2019 No Comments

Turnover‘s melodic, mature, and poetically forthright approach translates exceptionally well to a dream pop aesthetic with some light 80s influence. Altogether continues the streak of emotionally profound and resonant music from the trio.

Turnover is one of my favorite bands ever, almost based solely on one album of theirs. It has so strongly resonated with me ever since I discovered it years ago. Of course I’m talking about fan favorite Peripheral Vision. They’ve been tilting away from the hardline indie/emo sound since their last record, 2017’s Good Nature, so I’ve had time to compartmentalize my love for that era of the band and see where they go. Good Nature gave their music a sunnier disposition and a little heavier focus on melody (not that Turnover ever lacked that). Altogether is here and it’s… complicated.

I grew to associate Turnover‘s music, especially Peripheral Vision, with some relationships in my life, primarily ones with people I grew apart from or otherwise lost touch with, probably because I fucked up somewhere. I don’t say that in search of pity – I’ve been a very flawed, even toxic person in my past, I make no effort to hide it though definitely not out of pride. Turnover has been representative of moving on and healing for me – of getting better. The life-weary honesty that’s baked into the lyrics and the surreal instrumentation is quite conducive to therapy, realizing you have issues and attempting to address them, or realizing that there’s reasons why things didn’t work out with a specific person. We can do it Altogether.

You can probably see how they’ve come to mean so much to me. That’s why – justified or not – I got a little concerned listening to the two lead singles from Altogether. My first instinct was that “Much After Feeling” and “Plant Sugar” were disconnected – from their past and me. I couldn’t feel the songs and it worried me, just like when I couldn’t feel the connection between me and people I once felt close to. I sensed an 80s pop aesthetic that was a little played out for me, something I didn’t think Turnover had much business indulging in. In the context of the album, they make sense and are as heartfelt as anything else the band has produced, but I’ll get to that later.

Much of Turnover‘s recent music has an acute affection to it, even if the songs weren’t explicitly about love. They’re delicate, like each note is a fragile bubble floating through the air, reflecting light through a hazy pink atmosphere generated by the band’s trademark dreamy mood. Nowhere is that more evident than the deep cut “Ceramic Sky” which is downright sensual. Some playful saxophone complements Austin Getz’s gentle voice and svelte guitars. It has a jazzy construct, and not just because of the sax. The drums are reserved far beyond what their dream pop style usually demands – it’s a mature take on the flavors they deal in. Too bad it’s the shortest song on the record.

Elsewhere, Turnover finds other ways to speak to me, like with the absolutely relatable “Parties”. As an introvert constantly drained by my very much people-focused full-time job, there’s a lot I’d rather do than spend my downtime around more people, especially ones I didn’t know, vying to blend in or get lost in the crowd. It’s a theme you’ve heard before, but it feels so genuine and sincere with this band when they sing the hook, ‘because I’m really not that good at making conversation/even when everyone who’s here with me is celebrating.’ Then again, having the right partner can make even the most anxious of situations endurable, maybe even enjoyable. When you only have eyes for one person in the room, it helps you focus, like you have a light to guide you through.

When the dainty sax intro and muted vocals of “Still In Motion” kick in, I imagine myself next to a person I used to be so close to. The keyboard lines of “Much After Feeling” represent the vulnerability between us, sharing secrets we didn’t tell others, eventually confessing the feelings we have for each other. Lyrics all over this album mimic conversations we had:

‘Is there something I’ve got that you need?’
‘The moment’s here now, but not to stay’
‘Do I try to chase it?’
‘Are you happy elsewhere?’
‘Did you lose your trust or feel betrayed?‘

Getz’s lyrics are simultaneously so poetic and conversational.  His candor seems so informed by personal experience, or at the very least a vivid imagination in which he can place himself in the situations his stories tell. This is how, and why, the band is so lovable and relatable.

That’s the way it’s been since the beginning with them. Why would this album be any different? More specifically, why was I worried to begin with? Sure, maybe a couple singles didn’t give me the best first impression, but I’ve grown to really like them, just as I really like this album. Maybe Turnover have been working toward this the whole time through their own experiences, but never leaving that supremely personal touch behind. Now we have a more digestible album from a band I feel should be experienced by anyone willing to lend an ear and soak in the emotion that practically radiates from every single song. In giving their music a little more accessibility, that just means more people can vibe with them like I do, and that’s the best reward for someone like me that likes to share my favorite music.

I was worried that one of my favorite bands was changing too much, that they wouldn’t speak to me much any more just like the people I no longer speak to. What a selfish thought – we, if we are to be compassionate, should allow people to move forward in any aspect they deem appropriate especially if it means a healthier life for them. In the end, they still get me and I get them. They capture a vibe that I don’t get nearly as strongly anywhere else. Maybe this is more evidence that I need to let the past be the past, in many ways. Turnover is moving forward and persevering, people in my life are moving on and hopefully persevering. I, too, am doing the same. And we do it Altogether, even if we’re apart.