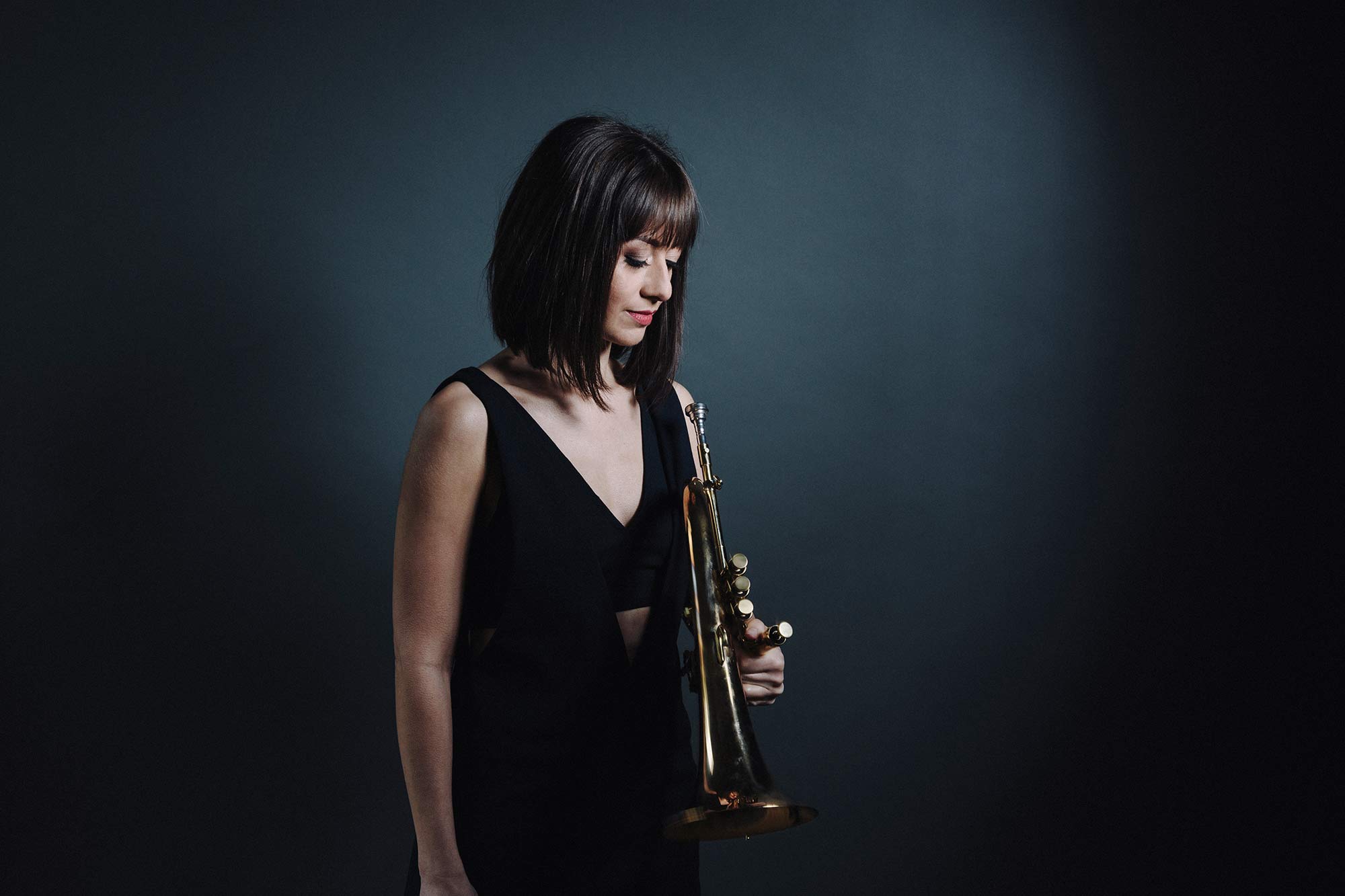 By Robert MiklosOctober 27, 2019 No Comments

Polyhymnia is, simply put, everything you could want from a jazz album.

Yazz Ahmed is a British-Bahraini trumpet player and composer. While she has been active for the better part of this decade, she has mainly achieved sizable acclaim for La Saboteuse, her sophomore album. This acclaim established her as a noticeable figure in the modern jazz scene. In her approach of music, Yazz Ahmed seeks to fuse together jazz, Arabic folk, and various other electronic tinges in a way that is seamless and organic. Polyhymnia marks her third full-length album, and it takes everything a step further.

On her Bandcamp, Ahmed states that Polyhymnia is a celebration of female courage, determination, and creativity. She was commissioned by Tomorrow’s Warriors to write an extended work to have it performed by the Nu Civilisation Orchestra for a concert at the Women of the World Festival at London’s Southbank Centre, which was held on International Women’s Day. She goes on to say that while gathering ideas for her composition, she came across the character of Polyhymnia, an ancient Greek mythological figure who was the muse of music, poetry, and dance.

As mentioned before, Polyhymnia features a lot of musicians playing various instruments, which lends a rich symphonic timbre to the whole work. Ahmed herself plays trumpet and flugelhorn, handles the Kaoss Pad, and even sings on the record; thus, she manages to showcase her prowess and elegance as a multi-instrumentalist alongside her obvious skill at composing.

I’m not even sure where to begin to be perfectly honest. Polyhymnia is large in its scope, both conceptually and musically. It somehow manages to adhere to consecrated approaches of its mother genre while doing something fresh and outside the box altogether. Take “Lahan al-Mansour ” for example: it opens up the record with an alluring and mystical vibe that hearkens to the parched and sun-drenched lands of the Middle East. It evokes some sort of transcendent mythos that is beyond words with its strong Arabic overtones. The song traverses a wide array of shades and depths through its generous run-time, offering quite a journey for anyone willing to take it.

“Ruby Bridges” distances itself quite a fair deal from the setting of the opening song, favoring a more jazz-oriented sound in the classical sense. This is done with a great amount of groove, which is just so sweet. So much so that it feels like the melodies are compelled to be shaped by said grooves, leaving the listener gently bobbing their head to the rhythm of the song almost reflexively. Things take an interesting turn on “One Girl Among Many”, as it features extracts from the 2013 UN speech by Malala Yousafzai. These sampled excerpts, along with the chanted delivery of the song, lend to it an edge I can’t even capture in words. What I can say, however, is that it is quite moving.

If by this point anyone thinks that nothing energetic or even volatile is going to happen, well, they will be proven wrong by “2857”. This song may open on a similarly soothing edge as the others, but at some point it just decides to go awry – in the best way possible. It leans just a little into free jazz territory to create some powerful, slightly chaotic vibes. This does wonders for the dynamic of the record, and is also what makes “2857” my other favorite song besides the opener.

“Deeds Not Words” and “Barbara” feel like they’re essentially one track, in my opinion. If I hadn’t looked at what was playing, I never would’ve guessed that I just listened to two different songs. These two merge together all the stylistic nuances explored up to now into a spectacular ending. I really can’t properly articulate what goes on here, so I’ll just leave the music to do the talking for me.

Polyhymnia is quite an impressive album. It is lush, dynamic, well-balanced, and innovative. It is quite easily one of the best jazz albums of this year – not only does it do an excellent job of fusing styles, but what also shines through is its remarkably detailed compositional craft. I have nothing else to add except to urge you to go and listen to this record right away, because it’s stunningly beautiful.