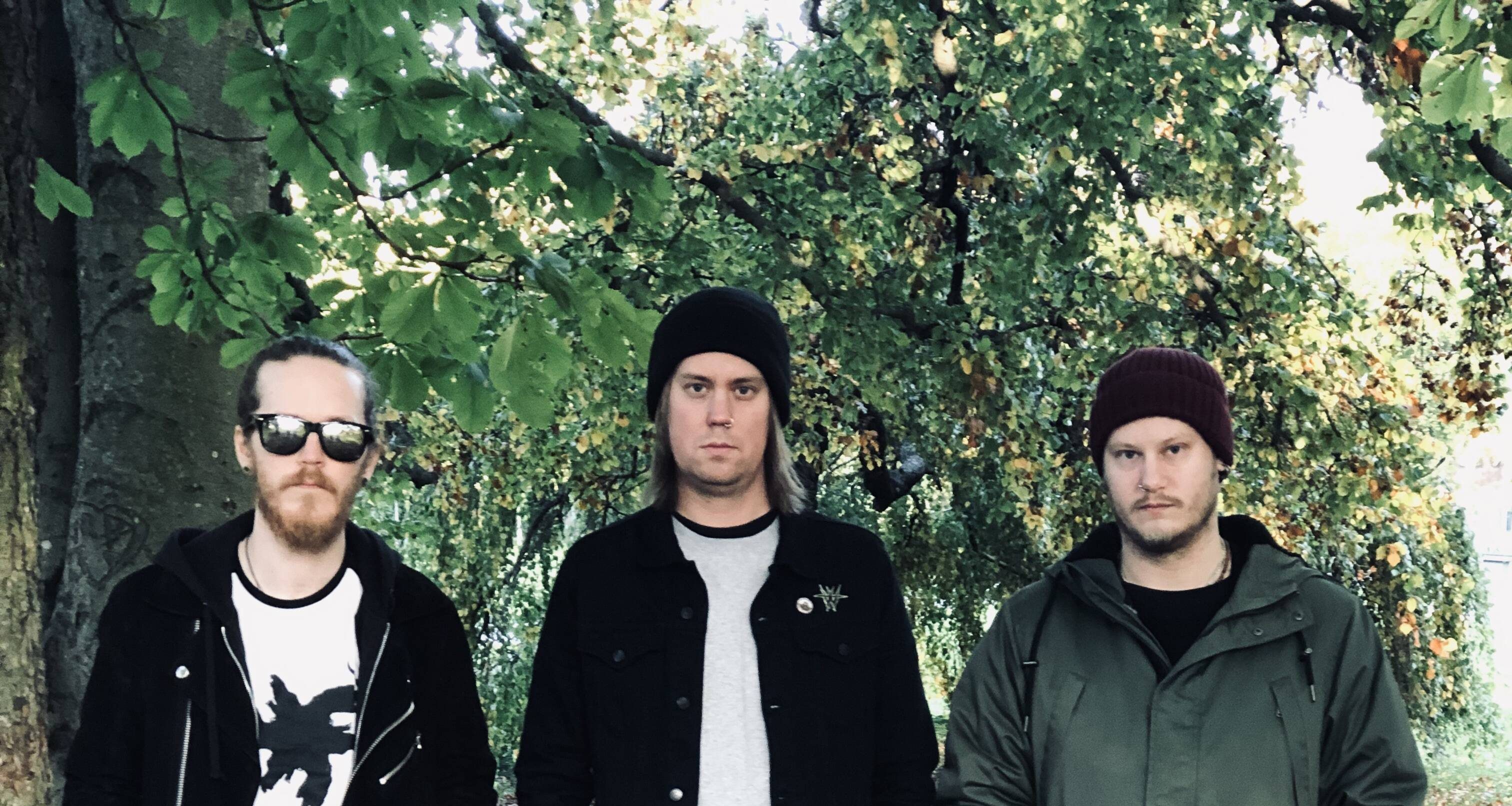 What better music for this time of year than Doppälgängär? It is our pleasure to welcome the Swedish post-metallers as our Weekly Featured Artist, a band who do really well to encapsulate rich emotions inside simple but effective riffs and melodies. Back when Everything Is Noise was It Djents, we reviewed their second album Melencholia, a record that deserved much more than the two-hundred words we were able to give it. The record has never escaped my SD card, getting regular plays whenever I felt like relaxing to some powerful tunes. Therefore it seemed rather appropriate to contact them for a featured spot on our site. We were able to speak to Timmy – the guitarist and one of the two vocalists of the band –  about a host of topics, so thank you very much for the opportunity.

Doppälgängär is a three-piece band and as mentioned hail from Sweden, in particular, Eskilstuna. Timmy tells the story of how they formed.

‘Doppälgänger was formed from the ashes of a local hardcore band back in 2010. The band has gone through many different constellations and phases before Tobbe on Bass joined the band in 2014. Since then we have been trying to refine our sound to what it is today. we have been friends for a long time and enjoy spending time together, even outside the band.’

Formalities out the way, let’s talk about their defining feature, the sound they blast through your audio devices. I’ve mentioned post-metal, but you might as well tag doom and some sludgy elements into their sound too. The trio deals out long processions of sound; often simple and repetitive in structure, but packed full of clever riffs and transitions that send you into a trance. However, before you know it, Doppälgängär has shattered those illusions with heaps of distortion as they take each song into a heavy climax, or climaxes. The band are masters of the long-form, much like one of their inspirations Cult of Luna, taking you on odysseys through bleak, yet rewarding tracks. The fuzzy distorted guitars that hang throughout tracks like “In This World, Not of It” help pack their sound full of atmosphere, without being too oppressive.

The band as expected started with hardcore influences, and gradually slowed down until they reached the solemn tempo of Melencholia. Their first album, The Coldest Sun, displays some more of those hardcore tendencies, and it works well with the rawness of the album. The bands sound is very much influenced by the aforementioned Cult of Luna and also Fall of Efrafa, which you hear a lot in the punishing vocals. They are filled with emotion and really complement the thick guitars used by the band. The band cleverly use riffs and motifs in reprises, bringing you back to reality with a well-timed chord change. Amenra is also cited as an influence for the band. Again, the emotive lyrics and the simple yet powerful music are the draw for Doppälgängär.

We checked in to find out what the band had been up to over the last year, and much like many modern musicians, family and other commitments meant they haven’t been out plying their trade as much as they would’ve hoped. The reviews for Melencholia were positive, but the band didn’t gain the traction they were hoping for after the release. Despite that being a downer, the band are looking to use the positive energy from those reviews to power their next release.

I tend to consume a lot of music out and about, especially when walking. One of my most memorable treks with the album took me across an old military complex, abandoned and run down. It was drizzling with rain and the mists swallowed the horizon. With this bleak, empty space in mind, I absolutely asked the stereotypical question about their writing process, and if the tundras of Sweden were the inspiration for their records. The answer, a solid no! The band’s town is very grey and industrial, and whilst they would love to be creative 24/7, sometimes they just have to wait for the right moment. They work really well together and love when one has an idea which the others can add and develop on top of.

Recording for Melencholia took place in a local town, Strängnäs, in a friend’s studio. They gelled really well, and were able to experiment with their sound in ways they didn’t expect. Needless to say, they’ll be back there next time. Great atmospheres lead to great results! The mixing of the record, for an independent release, is also brilliant. The levels are perfectly balanced, giving all instruments in the mix ample space to breathe and shine. I mentioned earlier that the layers used by the band are impressive, creating a disconcerting, but often mesmerising atmosphere.

Thinking so much about their tone has me thinking about what they must be like when playing live. The band told me that “In This World, Not of It” is their favourite to play to an audience, due to the amount that goes on within it and the way it builds to an almighty climax at the end of the song. Listening to the track, you can imagine the thick ambience that the band must create, as the slick riffs ooze from their speakers. The band don’t have any tours planned as of yet, but this is a core focus for 2020 as the band rediscover their gusto, and forge on into the future.

Doppälgängär will continue to write in the background, their comments hinting at a mid-2021 release, so keep an eye peeled on their socials and Bandcamp linked below to ensure you don’t miss out on this exciting project. We hope you all enjoy Melencholia, and yet again we’re glad to have been able to throw the spotlight on the band, so thank you very much to the band for their time!