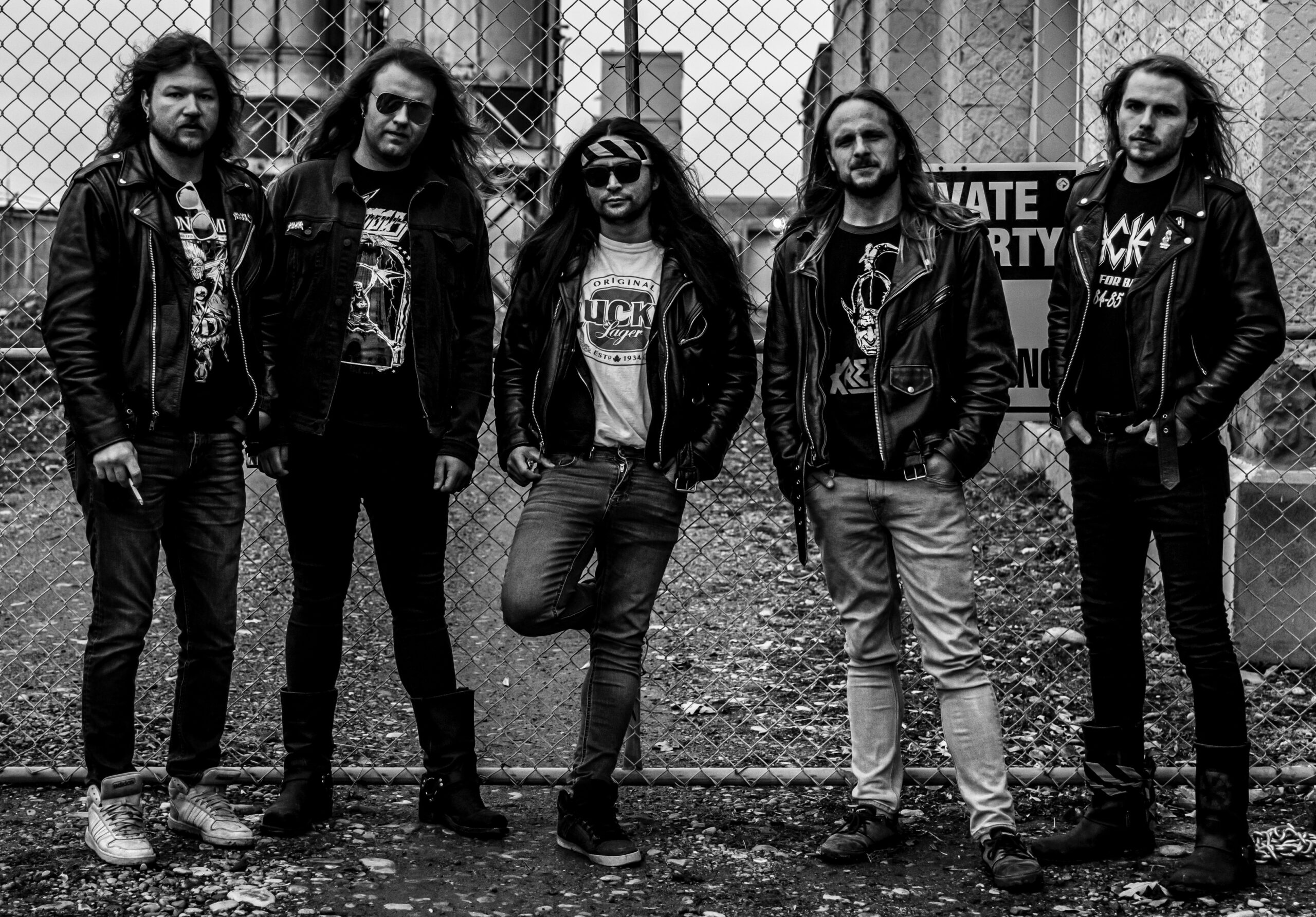 By Jake WaltersNovember 4, 2022 No Comments

Armed with riffs, solos, hooks, and some of the best vocals in the game, Riot City are after the heavy metal crown. It’s well within reach.

Let’s not beat around the bush here: Riot City are here to rock your face off. Since they popped onto the scene in the middle of the past decade and finally dropped their debut LP Burn The Night in 2019, their mission has been clear. That mission is to play fast, theatric, big-sunglasses heavy metal. The thing that has set them apart from the beginning, however, is their commitment to being the loudest and most bawdy band you’ve heard and their drive to write great songs that will sink their hooks right into your grey matter. Riot City almost certainly take the bulk of their cues from Judas Priest, but they are far from just their influences. Aesthetics, sound, tones, and everything right down to the cover art are all surely pointing to how this band wants you to perceive them, but I personally think there’s more to them than that.

A lot of heavy metal – especially from the decades that inspire Riot City the most – is lyrically mostly about excess, debauchery, and other forms of self-aggrandizing hedonism. This is where a departure from these tropes makes itself known and shows that this band also has another love aside from classic heavy metal. Lyrically, Electric Elite is an empowering album that feels far more in line with a thrash-leaning power metal band. Vocalist Jordan Jacobs’ perfect vibrato-slathered beltings are about overcoming, rising to meet adversaries, and things of that ilk. Paired with riff after riff after riff and floor-stomping dual guitar solos and a brain-flattening rhythm section pounding the point home, you can’t leave this album in a bad mood. I will almost personally guarantee that this album can turn your mood around.

Riot City know who they are. This is an irrevocable fact. That doesn’t mean that they don’t know where and how to stray outside of the lines. “Tyrant” has incredible lyrical hooks and refrains as well as memorable melodic moments, making it one of the most replayable tracks on Electric Elite. However, this isn’t the only formula that is relied on. “Ghost of Reality” enters as a ballad and exits like the Kool-Aid man. Each track has its own hook, be that a riff, groove, solo, or strung-out vocal performance. Some may say that Riot City is a one-trick pony. If that one trick is writing killer metal songs, then that one trick is cool as hell, right? I don’t think there’s just one trick here, though. Each element of this album feels honed to near-perfection, with all the drag eliminated by leaving the edges where edges need to be and smoothing out everything else. What I’m about to say next may shock you a little, so hold on.

The final track, “Severed Ties”, is one of the finest songs I have heard this year. Period. Full stop. Spanning ten minutes and a variety of moods and phases, this track should frankly be listed as one of the best heavy metal songs of the decade. The clean-signal guitar rolls through the opening minutes while Jacobs’ vocals begin in the lower register, slowly ramping up with additional guitar until that massive Bruce Dickinson-esque wail is back along with the drums, bass, and harmonies. If there was any song that I could think of to compare “Severed Ties” to it would be the classic “Rime of the Ancient Mariner” by hall-of-famers Iron Maiden. The approach is the same; the builds, the dynamics, and more all contribute to a classic-feeling track that I will be championing for a long time to come. There is no better way to close an album like this than by pulling out all of the stops and making a statement that showcases all of your skills and influences as a band.

If you had asked me before this album dropped which traditional heavy metal album would be the best or my favorite of the year, I would have said Sumelands’ Dreamkiller, hands down. Now, I’m not so sure. There are guts and grit on Electric Elite that draws me in. It’s a polished work for sure, but the passion and power aren’t dulled by an aspect of the presentation. I’ve not heard a more authentic interpretation of the heavy metal ethos in a long, long time. Riot City are truly elite.