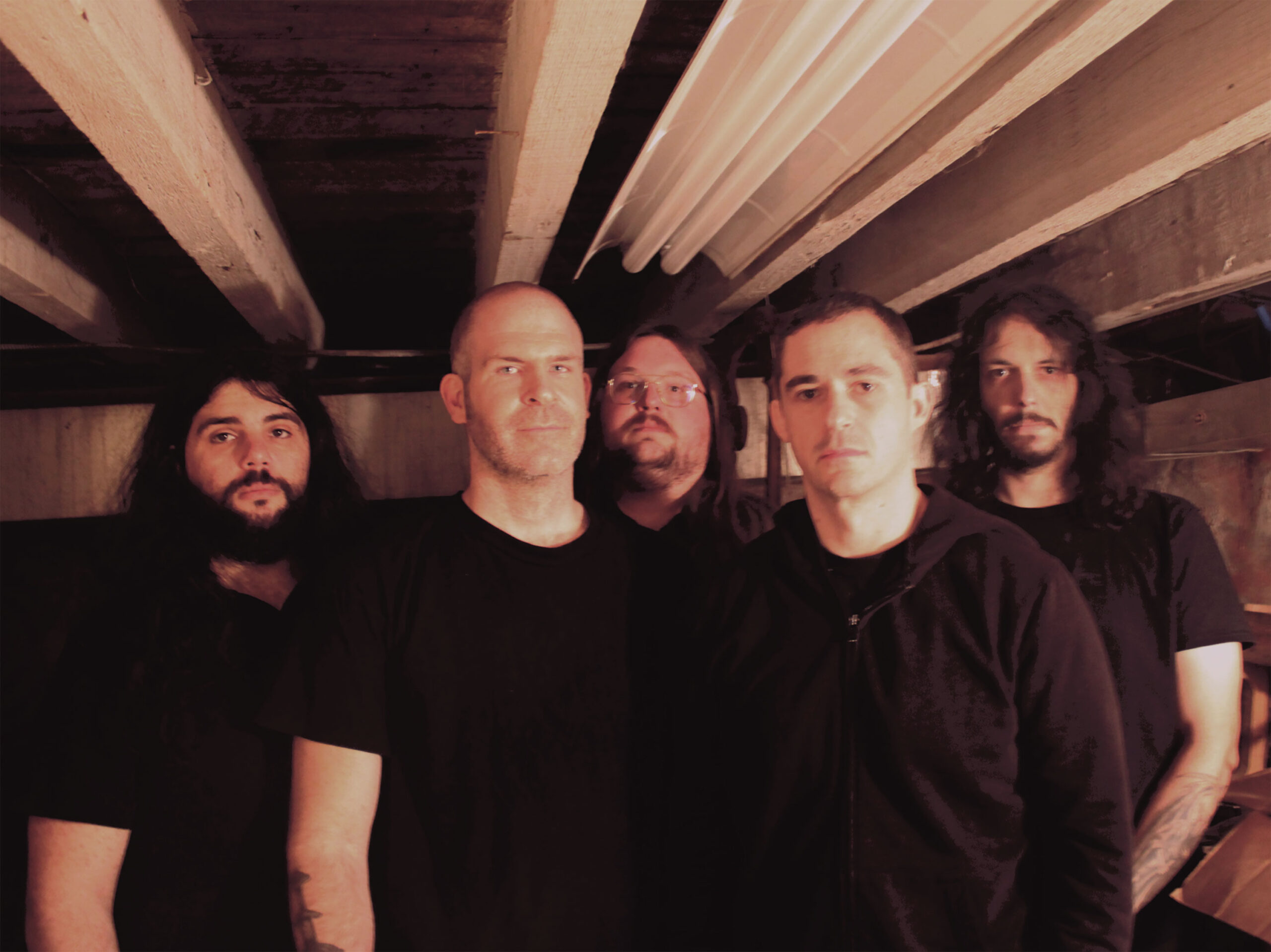 By David RodriguezSeptember 15, 2022 No Comments

Sumerlands deal in ’80s heavy metal like no other out there. There’s no imitation or emulation here – Dreamkiller is the real deal.

Sumerlands know exactly what the hell they wanna be: heavy metal calling back to a very particular time, fondly remembered of by many a Gen Xer, thoroughly enjoyed by those of us born a bit too late to have those fond memories. But hey, good music is good music, am I right? There’s two (2) fans of this stuff among our ranks, me and Jake, so it was only right we rode into the sunset together on our Harley knockoffs wearing bandanas around our heads to talk about their new album at length. Crank your hogs, I mean, uh, rev your hogs and come along with us on this heavy metal journey.

Jake: I don’t know about you David but I think the best part about this writing gig is getting to share the excitement, mutually with writing pals. You and I have been on the hype train for this band for ages and mutually lost our collective shit when this thing was announced. So, it’s only natural that we end up here, discussing and reviewing the sophomore Sumerlands album. There have been some notable changes though! A new vocalist and a shift in the decade that influences their sound. We’ve got a lot to discuss, where do you want to start?

David: Well, I do wanna start by briefly stating my love for Brendan Radigan, the new vocalist for Sumerlands. He may be new to the band, but not to music. I LOVED his old band, Magic Circle (RIP). He has an amazing voice for this kind of clean, soaring heavy metal singing and he’s an absurdly good fit here. Because of him, I knew I was already coming into Dreamkiller with some bias, but it happens.

I know you were a big fan of Phil Swanson, the vocalist for the first album – how are you taking to Radigan here?

J: Yeah I loved Swanson with this Sumerlands but if there was ever someone that could help take the band into a new direction without reinventing the wheel as it were, I think Radigan is the man for the job. It only took a few minutes for me to warm to the new vocals and in general the new sound that came along with it. When I heard the title track for the first time I knew that it was a match made in heavy metal heaven. After so long of a break between albums, some changes were expected.

What didn’t change, however, was Sumerlands’ ability to write absolutely killer riffs, hooks, and vocal melodies.

D: It’s uncanny, huh? So much of Sumerlands’ power is just knowing exactly what a track needs to be as punchy and memorable as possible. I get the hooks and riffs of these songs stuck in my head very often, overriding just about anything else toiling around in there with my one still functioning brain cell. The title track fucking kills (literally?), but for me, “Edge Of The Knife” is where it’s at. That ballad-like intro and the high-flying verses? Some of the best stuff I’ve heard this year, any genre. Total Scorpions worship. “Twilight Points The Way” is also in that category for the same reasons.

J: “Edge Of The Knife” is 100% channeling that rad Scorpions energy and I am of course here for all of it. As I mentioned in the opening paragraph, I do think that the first album was channeling a lot of late ’70s rock and early ’80s metal but Dreamkiller as a whole seems to be embracing a lot of cues from the later ’80s with little shades of hair metal being thrown in and the fact that almost every song feels like neon. “Night Ride” is a song that embodies the entire vibe of this record and while it’s a slower track it still has plenty of kick and hooks that make me go back to that one again and again. The only track that doesn’t really land for me on this thing is “The Savior’s Lie” and while I get the need to include some pacing changes this one just falls a little flat for me. Did you find this to be the case as well?

D: Definitely feel you on “Night Ride” and find it to be the better of the two between that and “The Savior’s Lie”, but I do commend the band for trying to mix it up. Just like those legendary bands from the ‘80s, there’s always that slow song on the album, whether it’s more of a slow burn groover or a ballad. “The Savior’s Lie” could’ve been a B-side on an old Candlemass or Trouble album perhaps with some darker tweaks – “Night Ride” on the other hand channels that nomadic, loner on a steel horse vibe. It’s a wonderful track that breaks up more of the action that takes center stage on Dreamkiller.

J: I think that balance that you’re alluding to is what makes this thing record really tick for me. It seems like this the pacing on Dreamkiller is near-perfect as I can listen through the whole thing before I even know it. Frankly, I have probably listened to this album more than any other since I got the press copy than literally anything else. It’s been rare that when I do queue it up that it just gets one spin, it’s often three or four times in a sitting. I’m not sure if I can give a record higher praise than that, actually. Dreamkiller is engrossing from start to finish. I will definitely admit to opening my sunroof wide and rolling down all the windows and playing it far too loud, it is the perfect late Summer metal record.

D: Totally agree. It’s soundtracked many a walk, commute to work, and just me fucking around the house. I’ve had five or six advance copies of other albums since I got this one and I’ve looped this way more than the others, and those reviews came out sooner! I’m certain I’ll be revisiting this quite often too, and not just for our album of the year considerations. It’s just a fun-ass time, especially if you’re attuned to that old-school heavy metal sound that this drowns in.

J: I wish we were disagreeing more for the sake of contrast in this review.

I’ll say that since Arthur Rizk is in this band the production here is noticeably sharp and oh so appropriate. Everything sounds perfect on this album. Tones are warm where they should be, aggressive when needed, and the guitar solos and drum production just scream with authenticity. I can’t imagine it sounding better, it’s the total package. I am having a blast listening to this. I can’t imagine a heavy metal album topping this one this year, but I guess we’ll see.

D: Don’t worry – statistics all but guarantee that eventually we will have to have a cage match about an album we’re talking about. 🙂

Yes, I was just gonna bring up Rizk! I can think of what this album would sound like with cleaner, more modern production and it’s just… not the same, especially if the goal is invoking those sounds of yore. Rizk also does guitar work here and while I can’t discern which leads or solos are his or John Powers’, it’s all good all the time. He does it all. Sumerlands are gonna be hard to beat for sure. It’s my hope that the band continue on at some point with another project and find new, even more fun ways to pay homage to the past with modern accoutrements.

J: I also hope this. And I hope that it’s not a billion years before we hear from them again. They’re just too damn good to keep it to themselves. I’m not sure where I’ll put this on my end of year list, but you can bet your bottom dollar that it’ll be on there. While I don’t feel like this is a record that breaks a lot of new ground, I think there are some really fresh sounds here. The mix of classic metal vocals and a strong ’80s aesthetic work incredibly well together and it’s not something that’s often done so well. I think my final verdict is that this is an absolute banger and if you don’t like it, you must hate bangers. Would you ‘sumerize’ this album the same way?

D: I definitely would. It’s a dream – all killer, no filler. I would Rizk it all to hear another Sumerlands album, my guy.