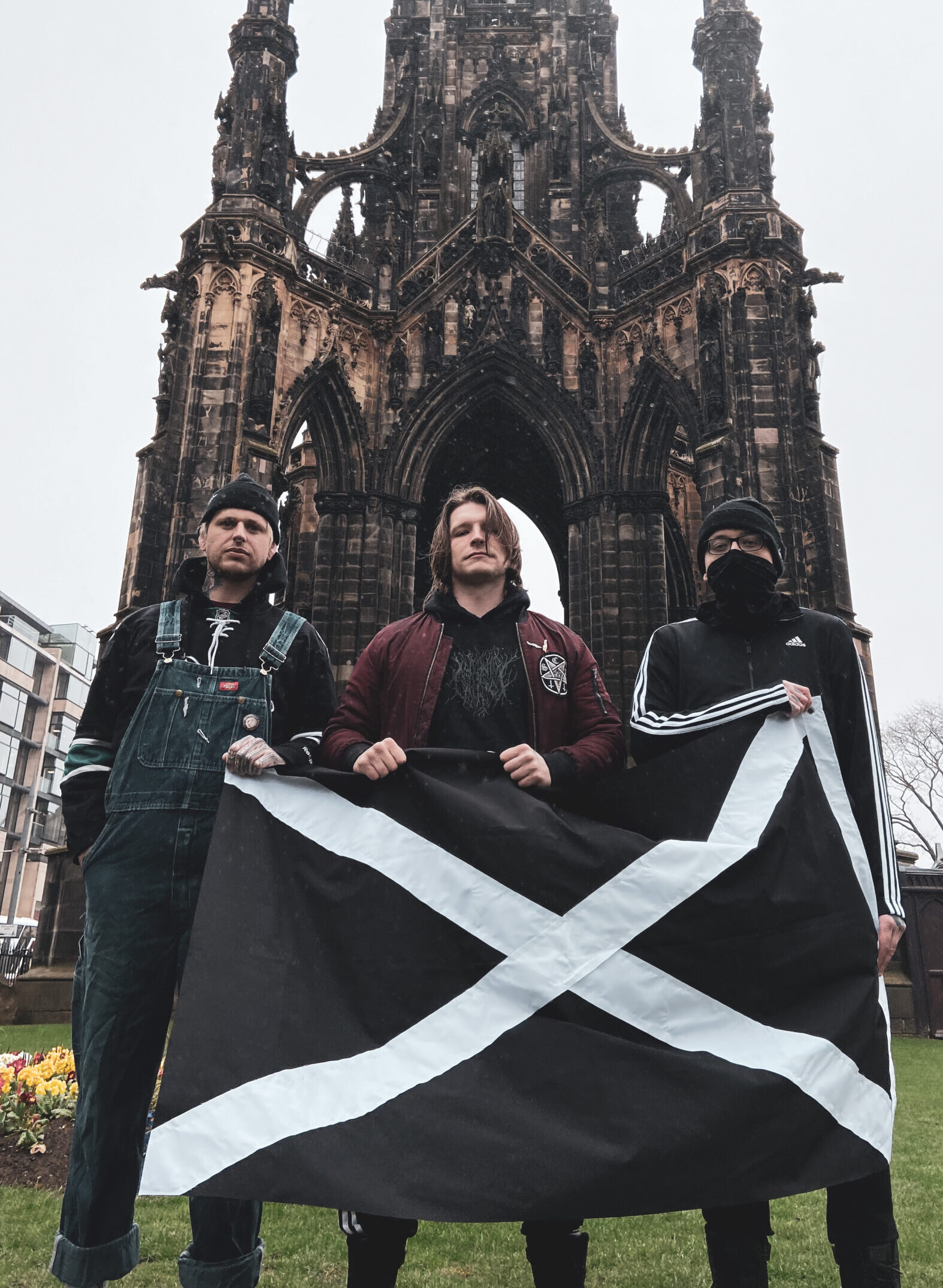 Let Freedom Fist You in the Face with “Shut It, You Unionist Cuck”

By David RodriguezSeptember 15, 2022 No Comments

This is a hell of a time to talk about Scottish independence. I won’t claim to have any authoritative knowledge on the matter, because I don’t, but it’s no secret that the British Empire have been an absolute scourge to the world for centuries, enacting endless violence, turmoil, and oppression to over 60 countries via imperialistic and domineering pursuits. I can’t help but think our band of focus today, Freedom Fist, were ecstatic when news of Queen Elizabeth II’s death spread, and rightfully so as she was a grotesque and opulent representation of the pillaging that took place under her reign and prior.

With “Shut It, You Unionist Cuck”, Freedom Fist‘s allegiances (or at least their enemies) are made quite apparent, cards on the table, lines well drawn in the sand. This is no-bullshit, pissed-as-hell hardcore/powerviolence with D-beat touches that really doesn’t have time to waste or concessions to make with their points – and I love it. We’re so proud to premiere the video for this song right here, right now.

In case you’re a yank like me, a unionist generally refers to someone in support of the United Kingdom remaining united – no independence for countries like Scotland, Wales, and Northern Ireland. Freedom Fist is very much ‘fuck that’ toward that train of thought. With current events what they are, this song and video are a somersault over Lizzy’s grave before emptying the bladder upon her tombstone. Fast, frenetic, and playing the elite as they stooges they are. It’d be a lot funnier if their work didn’t inspire and enact torrents of harmful laws and policies that literally end in the most marginalized and oppressed of us all dying and being left behind. The system isn’t broken, it’s working as intended.

But that’s where the levity begins and ends. Freedom Fist are dead fucking serious, as ready to make good on their name and put knuckle to fascist face as they are to churn out a sub-minute belter on stage. They remind me of Collision (RIP) a bit with their raw power and unrelenting approach to aggression on all fronts. Along with their last video/single “The Union Rag“, this makes the band’s upcoming debut LP one of the most anticipated releases of the year. There’s never a bad time to kick fascism in the dick, but it feels even better right now. You’re next, King Charles, you fucking ghoul.

Special thanks to all involved for making this premiere possible, though I assure you the pleasure was all mine. Freedom Fist‘s self-titled debut album is coming hard and fast on October 14 via Roman Numeral Records. Follow the label’s Bandcamp which will surely release more information when the time’s right (aka pre-order the shit out of this album), and be sure to throw a like and follow toward the band’s Facebook and Instagram pages respectively as well.

Anyway, fuck the queen, the crown in general, cops and the state, organized religion, blue lives don’t matter, fascists eat shit, fuck the the alt-right, incels, Republicans, Tories, and yeah, fuck liberals and centrists too. Hell yeah independence, trans rights, abortion, free Palestine, sex work is work, abolish the Supreme Court, no war but class war, return national treasures in museums that were stolen from other countries, mad support to my queer siblings, and stop killing Black and Brown people. Our world can be a better place, it just takes some imagination and drive to rally support among the working class, learning new skills to take with you into the new world, and support for one another.