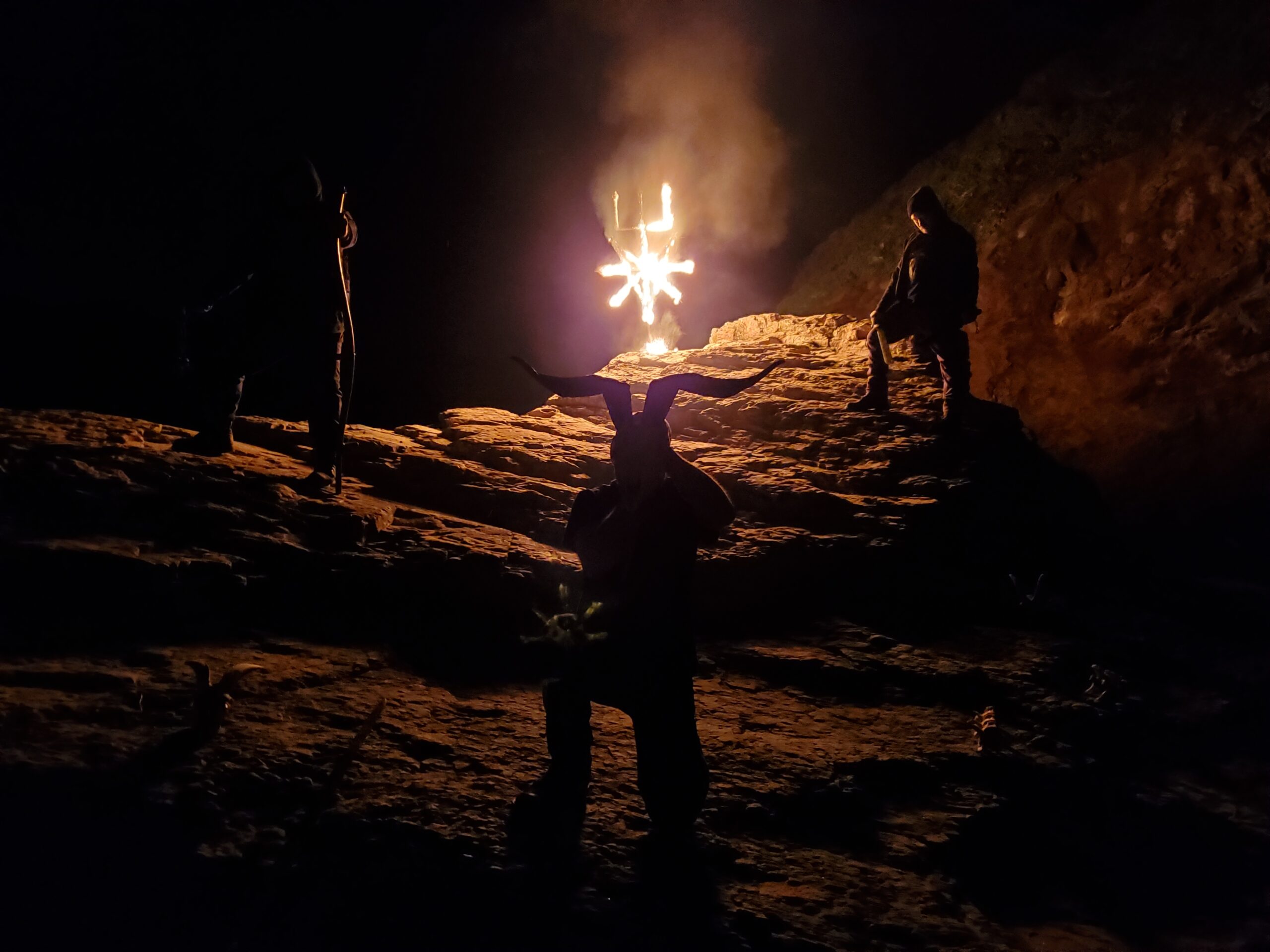 It seems that whenever you see the crest and moniker of Sentient Ruin Laboratories attached to anything, you can take that as a guarantee of quality. The label has risen to a reputable position within the extreme underground scene, and at times even beyond that, within the past ten or so years, by emphasizing on the aforementioned extreme angle above all, regardless of the more pedantic and often stubborn genre tags. People are always on the lookout for the next hardest hitting thing, and thankfully Sentient Ruin — or more precisely its elusive owner M — has the most fixated eye exactly for that.

With the above in mind, it doesn’t come as a surprise that the conspicuously named Black Fucking Cancer is no exception to that rule. Together with the band and label, we’re simply rapt to premiere their hook-inflated, disgustingly delirious, and overwhelmingly heavy new album Procreate Inverse to you today, ahead of its official release this Friday. So, take a good position on your seat, preferably grab onto something to withstand the chaotic whirlwind headed your way, and hit play from below:

Black Fucking Cancer are, as stated by the press release, an abhorrent Californian Black Metal legion whose sole purpose as per the band is to ‘manifest uncompromising, disease ridden, unforgiving aural hell — to relentlessly shove everyone’s face into their own shit’. This rather brisk mental picture is notated to a holistic degree on the group’s sophomore full-length, where their unique blend of traditions and experimentation meet with extremely well produced and composed songs that evoke a new fiery scenery of death and desolation on every passing dreadful minute, yielding a sadistic listen that’ll leave its undergoer flabbergasted and in awe.

The album’s framework consists of five original tracks and a Katharsis cover as a bonus, altogether running for nearly 55 excruciating yet astonishing minutes. The opener “Excurses” takes a moment to unwind with lo-fi choral samples before exploding into an utter frenzy, that’s more or less the curved backbone of the entire record. The structural pacing keeps the aural bludgeoning enjoyable, and while Black Fucking Cancer are demonstrating what the ‘x’ in extreme stands for, simply put, they stay consistent and fascinating throughout the whopping runtime by melting together a variety of global sub-genre leanings and looking at the mess they’ve made through their own eloquent lens. The most tortuous examples of this are of course the lengthier cuts “Obscene Lusting Dagger” and the titular track, that showcase what the band is capable of in terms of compositional dynamics and execution, and spoiler alert; the result’s just so very fucking tasty.

The relatively shorter tracks, the mentioned opener as well as “Serpenteous Flames” and “Eradic Hate” might appear easier to digest, even though the reality is that Black Fucking Cancer underline their most abrasive and unrelenting form on these songs, each of which could be further scrutinized and picked apart for longer than this article would let on. You’ll notice you need to keep on picking your jaw off the floor constantly, as Procreate Inverse keeps taking unexpected turns and twists, throwing profoundly gripping spasmodic hooks your way all the time. Does that sound like too much? Well, this album is the very definition of too much, but its all the better for it. This is nihilism at its finest.

Black Fucking Cancer are clearly determined to leave a lasting mark to their musical community, a feat that is by no means easy to attain, but one that they will undoubtedly claim with Procreate Inverse. With that in mind, do yourself a favour and pre-order the stellar effort from here, and be sure to keep an eye out for Sentient Ruin‘s further ensemble over at their Facebook and official site. You won’t regret it.