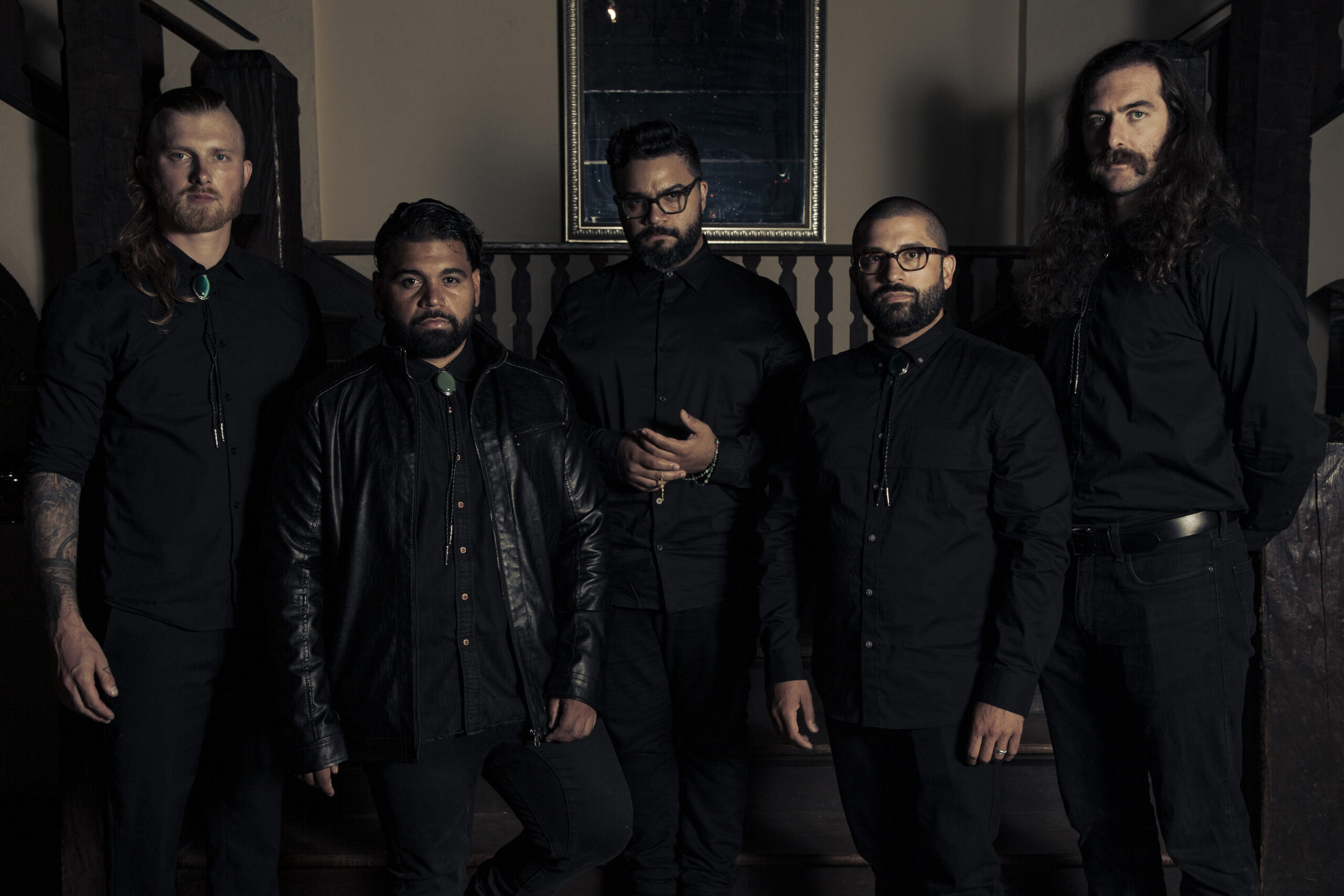 Metal, in my opinion, has always been a genre that benefits from contrast. Because of its capacity for extremity, the lighter and darker the juxtaposing elements there are, the more intrigued I often become. A group that has always understood, and, in my opinion, mastered contrast is our Weekly Featured Artist: So Hideous.

The New York act has been releasing music since 2010, becoming more ambitious and eclectic in their approach ever since. However, the sound that originally caught my attention was the chamber-music-meets-post-black-metal mastery of 2015’s Laurestine. Six years later, So Hideous returned with None But A Pure Heart Can Sing, which I had the pleasure of reviewing late last year. Incorporating Western and jazzier influences into their cinematic scope, it became clear that the group’s ability clearly matches their ambition.

While the band has always pursued an experimental vision, their approach has evolved in the twelve years of their existence. Guitarist/pianist/composer Brandon Cruz explains their origins:

‘I was making some drone/chamber post rock music with electronics/beats in 2006 but I had become more interested in taking the emotion of caustic vocals and laying them on top of baroque or romantic era strings. The idea was to make it sound as if someone were having a nervous breakdown during a minimalist version of Bach’s “Mass in B minor”. Most of my friends were interested in playing in either hardcore or straight up metal bands so I had to reach out through Internet classifieds and assemble the first lineup for our demo. We’ve had several lineup changes since then and the mission statement has altered a bit but I’m grateful to always have support new or old in trying to create this atmosphere.’

These early releases took the form of 2010’s I Balance A Daydream On The Edge Of A Knife EP in 2010 and the To Clasp A Fallen Wish With Broken Fingers EP in 2011. So Hideous’ first full-length LP, Last Poem / First Light, came in 2014, before 2015’s Laurestine, where, according to Cruz, they fully realized their orchestrated metal approach.

However, there were six years between Laurestine and the third So Hideous full-length, None But A Pure Heart Can Sing. Brandon provides an interesting comparison between the two:

‘These are currently my two favorite releases from the band in spite of being polar opposites. I think Laurestine was the culmination of all we were working toward. I really wanted to approach it more as a Max Richter record with a ghostly band playing. A dream that washes over you. We committed to that concept in the orchestrations and mixing. It’s a very emotional album for me and I have to prepare myself to listen to it as it can be overwhelming to go back to that insular place mentally. For None But A Pure Heart Can Sing, the entire album is about forward momentum, the joy of new ideas and not having limitations. If we wanted to have a jazz break…sure…If we wanted to do something more conventional like a doo wop progression…ok too. Who cares?! It was about rediscovering your passion and singing your song the way you want to. As a band operating in the Internet space, you’re damned either way. If you make a record like Laurestine it’s ‘not metal enough and too consistent throughout’ and if you make a record like None But A Pure Heart Can Sing, those same people will say you’ve, ‘lost all nuance and atmosphere and the record is ADD all over the place.’ With that in mind…why not make the records you want to make and go back to enjoying every aspect of the process? Reclaim your art.’

While the philosophy has shifted over time, Cruz still starts many of his compositions on piano and bring them into rehearsal to develop the songs further.

‘It’s always music first. With our newer lineup we have greater flexibility and the approach is changing in a way that is more efficient and time-sensitive. Since Michael has joined, we have the dual pronged approach of working together in the rehearsal space as he writes the drum parts simultaneously with the chord sequences and from there we can exchange DAW recorded files and refine the ideas. It is exciting and definitely expedites the process.’

With an impressive record just released, it will be interesting to see where Cruz and company take So Hideous next. None But A Pure Heart Can Sing demonstrated the capacity of the band to write expansive, multi-faceted song arrangements that honoured their existing catalogue while showing just how cinematic and eclectic their compositions can be. The band’s ethos of boundless experimentation seems like more of a priority than ever:

‘The goals are to continue to work and make the music we enjoy making without any boundaries in either direction. If we want to make a straight-ahead guitar song that may reference our past OR if we want to switch gears and become inspired by something else, it’s all fair game. The forward momentum we feel now as a collective is so energizing creatively and it would be foolish to deprive ourselves of that joy because we think it would be injurious to the ‘brand’ others have ascribed to us. We want to play out, we want to create and we want to collaborate with artists of other mediums in new works. I am thankful for the opportunities to continue to create and have new experiences with my friends.’