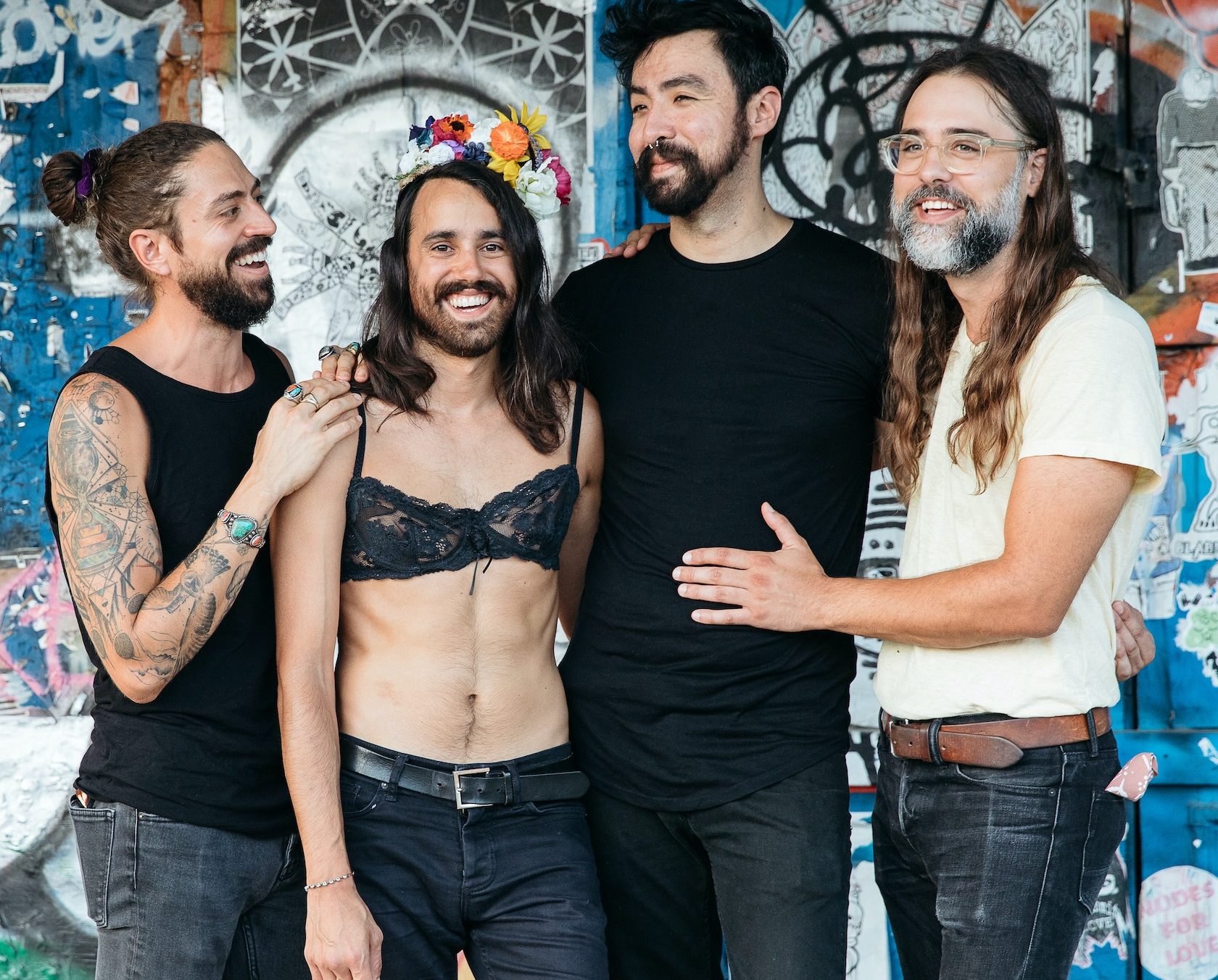 By Asher PakulaSeptember 28, 2020 No Comments

The Bright Light Social Hour‘s Jude Vol. II is a fitting and worthy tribute to the beauty of life’s ups and downs.

Austin’s The Bright Light Social Hour garnered a solid following with their 2010 self-titled album and 2015 follow-up, Space Is Still the Place, bringing a fun, festival-friendly brand of shoegaze and indie-rock. Their latest efforts, Jude Vol. I & II however, have a more serious background, coming in the wake of the death of bassist/vocalist Jackie O’Brien’s brother Alex, the band’s manager at the time. The albums, titled after Alex’s middle name, explore the pain and beauty, respectively, experienced by the band. For the most part, Jude Vol. II is referential to its themes more in mood than lyrically. There is a true joy for life expressed throughout, alongside a gentle sense of melancholy. To me, this album represents how the band sees the world anew, a holistic appreciation for both what was and what is left behind.

To that end, perhaps it’s appropriate that the album is such a mixed bag. Ranging from psychedelic shoegaze, through to more classic Brit and kraut rock, with jazz, soul, and pop elements thrown in for good measure, there’s certainly a lot of versatility on display here. For my tastes however, the wide array of genres represented leads to some variance in quality. Props to the band for experimenting and extending their range, but the more shoegazey, psychedelic stuff is their strength, and I would’ve preferred them to lean into it more. That being said, life is a game of highs and lows, and if the goal was to mirror this breadth of experiences, that would make sense. Different strokes for different folks, as they say.

The opening track, “You Got My Feel”, is a great example of the strengths of the band. The kick drum and bass drive an infectious groove, with soulful echoing vocals completing the scene. The track then blooms with a laid-back joyfulness as the drums fill out a vibrant vocal performance. A Tame Impala-esque extended solo carries through to the end. I really enjoyed this song, and maybe the expectations it set for me was part of the reason I didn’t enjoy the latter tracks as much.

Following track “So Come On” is my highlight of Jude Vol. II. Starting out with easy jazz soulful vibes, this track, to me, represents catharsis and finding flow after hard times. The jazz fusion breakdown towards the end of this track is exemplary. Every member of the band really shows off their chops here, with brilliant performances all round. I was pleasantly surprised by this gem of a segment.

The tone of the album starts to change a little with “Mexico City Blues”. More of a classic alt-rock feel, we’re heading into the realm of bands like Kaiser Chiefs or Foo Fighters with this track, and while I found it a little confusing, there’s still plenty to like. It’s a great song, it’s just a little strange how markedly different the vocals are here to those of the previous few songs. The rest of the record is more in this vein, and I’m not sure I totally understand what the band was going for in having such varied effects and styles in their vocals. As a standalone song though, it’s catchy and interesting.

The following few tracks all have enjoyable and interesting ideas in them, but I struggled to follow the trajectory of this part of the album. There’s a lot going on and I’m not sure how it all fits together. The final track “Revolution Thom”, for example, sounds like early Radiohead to me, which is high praise, but also a strange addition to a collection of songs of a very different vibe.

I had a conversation with a friend recently about how your enjoyment of a band can depend on the way you like to listen to music. I really love Phoebe Bridgers’ music, because I can dig deep into the poetry of the lyrics and the subversive way she plays with pop tropes, but she sounds a bit bland to my friend who prefers music as background while drawing or cooking. Someone’s opinion of a band can be hugely dependent on what they like to get out of music.

On my first few listens to this album, I was completely focused on the music and analyzing it, and wasn’t sure how I felt about it as a whole. When I think of indie bands with this level of versatility, Kings of Leon and Gang of Youths come to mind. My in-depth, nitpicking analysis of The Bright Light Social Hour was that they lacked a uniqueness and consistency in their vocals, something that ties together the genre-bending of those other bands. But then I tried listening to the album on a walk, letting my mind wander, and I felt totally differently about it. This is an album about life, and it’s quite brilliant that it works better as a companion to life’s experiences, than in a vacuum.

Jude Vol. II is not the sum of its parts so much as a vibe, groove, and feel that glides through the disparate parts. It certainly has its highs and lows, and I’d argue The Bright Light Social Hour are much stronger in the more freeform genres of soul, funk, and shoegaze, but as a tribute and accompanying soundtrack to the beauty of life lived, it more than succeeds.