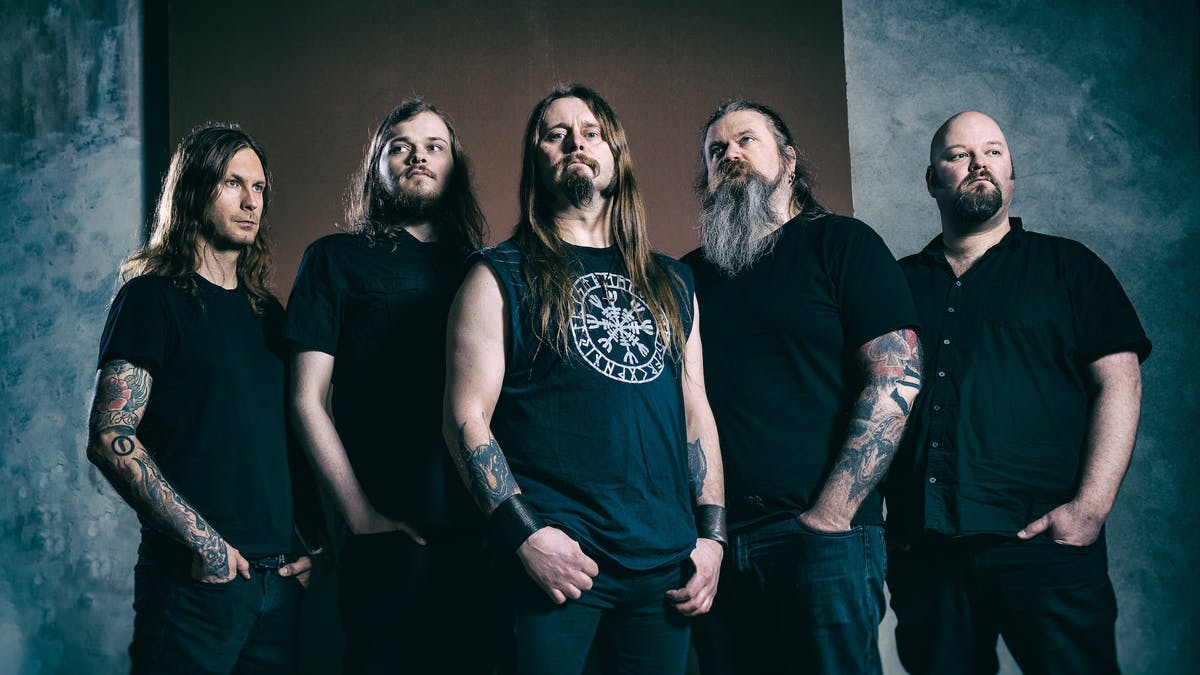 By David RodriguezSeptember 28, 2020 No Comments

Enslaved, ever the reliable Norse metal institution, still impress with their 15th album. Utgard is embossed with the spirit of the band themselves, perhaps more than ever.

I’ve rode with Enslaved for quite some time now. I didn’t need much convincing – hearing In Times back in 2015 was enough for me to not only look forward to any and everything the band would release, but also dig back into some older works like RIITIIR, Ruun, and even Frost. It was then I could see the whole turn of the band take shape, going from a frostbitten black metal spear forged in Norse fire (don’t think about it too much) to a more progressive, atmospheric flight, as if sat on the back of Sleipnir.

Enslaved had a hell of a streak going with their last few albums, really ramping up progressions where experimentation simply became the norm, not to mention digging deeper in providing a magical, epic feel that was hard to beat. Their themes always revolved around Norse mythology, as well as adjacent pagan, heathen, and mystic dressings that often walk hand-in-hand with it. I’ve always had an acute interest in that sort of stuff, so it’s icing on an already sweet, filling cake. When I knew Utgard was coming, my main thought was, ‘What now? What can album 15 deliver to grip relatively newer fans like me, let alone the old guard that have been present since their primal ’90s origins?‘ The answer, as is happens, is everything.

Should have expected that at this point. I must concede, though, that it’s not in your best interest to really predict where Enslaved will tread next, or how they’ll do it. Even if the stylistic jumps between each of their last few albums were more of a pronounced hop, going from E to this album carries a few surprises with it. If you’ve heard the single “Urjotun”, you have an idea of what I’m talking about. This, as far as I can tell, was completely the point. Utgard‘s themes rest in the meaning of Utgard itself, a plane of existence in Norse myth where giants roam and the gods have no power, unlike the mortal plane Midgard and the empyrean realm Asgard. My admittedly sophomoric interpretation of it is limitlessness – a world where seemingly anything goes, where the impossible dwells, and destruction is just as probable as the most beautiful affirmation of life.

Thinking back on it, this has been a sonic theme of Enslaved for a long time now – just presented less directly. Utgard is a marvel of reverse engineering, hammering a framework onto their well-established form, letting their harsh and heavy metal meld with their progressive, soundscape building proclivities in a kiln that can actually fit something so mammoth. Because even with that basic description I just gave them, Enslaved are far from easily boxed in.

In fact, this album is where the band gets the most experimental they have in a while. Going back to “Urjotun”, it’s the one track that people will assuredly have issues with if any. Its synth intro (synthtro?), the krautrock movements and instrumentation – it’s a recipe for weird unlike any other they’ve attempted, but it works! After a couple listens, I really fell into the quick rhythm of the drums, and the synth line drilled itself into the mantle of my mind where it would stay for quite some time.

If that ain’t your thing, the rest of the album will feel more at home for you. “Fires In The Dark” is a proper sendoff for the Utgard adventure brimming with acoustic guitar and opening chants before spilling over into a driving metal track with superb clean vocals mixed with curdled growls, especially on the chorus. You feel the suspense in “Storms of Utgard”, the galloping rumble of drums, bass, and guitar under your feet, surrounded on all sides by a storm you can’t see.  “Distant Seasons” lays everything to rest in the most compelling and beautiful way. I love the vocal melodies here and the lighter guitars that make it feel like the aftermath of that aforementioned great, sweeping storm, ending with a sublime, ethereal, warm blanket of sound that I’ll probably remember for the rest of the year at least.

Even will a veritable feast on display from Enslaved, a band cemented in my insurmountable list of favorites for as long as they exist, I still found that this album didn’t immediately grip me the way previous ones had. Although its experimentations aren’t that erratic or even prominent – fans will feel a lot more comfortable than they may think – I still detected an ever so slight aim away from the precise type of fable-sized grandeur that I loved so much on albums like In Times and E. I should also mention that this album is a lot more digestible. Song lengths don’t exceed seven minutes, and the whole thing only flirts with the 45-minute mark. It’s a bit of a grower, but I must reinforce that even for as unpredictable Enslaved can be in places, it’s still an Enslaved album through and through, progressed to a point where I think this is the album they were always meant to make.

Utgard is a scary place, its unpredictable nature as much a boon as it is a curse. This album distills all of Enslaved that exists and makes it make more sense than ever – how they traverse the lines of genre, command speed, and direct power to soothe or maim at will. They’ve always embodied a magical quality that sets them far and beyond their Nordic peers to me, who are often more preoccupied with Viking conquest or the affairs of gods. Enslaved douse their music in a grounded fantasy rooted in ancient history that’s keenly felt and experienced every time you spin a record of theirs, each song touched by a spiritual acuity that can stir you to your core. Utgard is no different when it comes down to it.