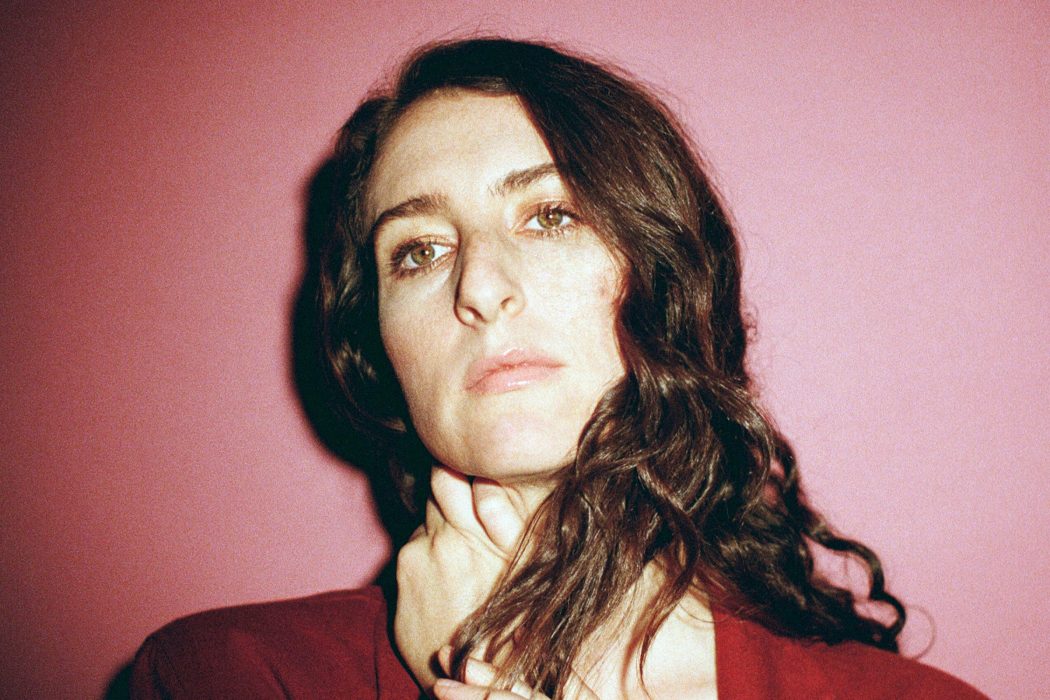 Hannah Georgas – “All That Emotion”

Hannah Georgas‘ album All That Emotion is an indie pop/rock tribute to the last four years of the artist’s life. Truly full of emotion, Georgas writes honest lyrics that are accompanied by simple instrumentals.

Hannah Georgas was one of my favourite artists about five years ago. I discovered her music listening to CBC Radio driving early in the morning, and instantly fell in love. Her refreshing voice is edgy, yet soothing. I’m not someone who usually focuses on the lyrics in a song, but have always connected with hers and seem to notice them right away. I’m not sure why I faded away from her music since then, but her new album All That Emotion has definitely hooked me once again.

Hannah Georgas is a Canadian artist, currently residing in Vancouver, British Columbia. Her debut album released in 2010, making All That Emotion her decade celebration in the music industry. She creates a soft indie pop/rock sound that is well known throughout the country and loved by many. She has been nominated for multiple Juno Awards, including Songwriter of the Year in both 2011 and 2013. All That Emotion follows her 2016 release For Evelyn and is her fourth full-length album.

All That Emotion has a similar sound to her previous albums, using a surf guitar effect and minimalist instrumentation. She keeps her music light and simple, making it easy to listen to. She seems to use more produced percussion on this album, which I think lets her voice shine through. She includes beautiful harmonies that touch in here and there, but never take away from her melody.

For All That Emotion, she had artists choose a song from it and create an original piece based off their interpretation. The artwork went up for sale with all proceeds going to the artist and a charitable organization of their choice. All of the pieces are displayed on Georgas’ social media, each completely different from the others. After looking at all of the pieces, my favourites are Hayden Menzies’ interpretation of the song “Someone I Don’t Know” and Seonna Hong’s interpretation of “Cruel”. Menzies’ piece includes drawings of multiple objects, some mentioned in the song’s lyrics and some added based on the music. It is drawn in black ink on a blue background, which fits the regretful and nostalgic theme throughout the song. Hong’s interpretation of “Cruel” has someone turned away, close to a bare tree. There are a few vibrant colours in the piece, which reflect the beautiful piano melody throughout the song. The piece has a similar longing and sorrow feeling to the song; both being beautiful, yet somehow empty. They are both incredible and wonderfully represent the songs they are linked to.

Georgas also collaborated with multiple people for the production and creation of All That Emotion. Working closely with producer Aaron Dessner, she included pianist Thomas Bartlett, percussionist Jason Treuting, drummer James McAlister, as well as musicians Bella Blasko, Arone Dyer, and Dave Nelson on the album. Between the musicians and artists that worked towards this release, there is a lot of love on this album.

After listening through, the track that initially caught my attention was “Punching Bag”. It is not unlike her other music, but it definitely differs enough to raise heads. It is one of the most produced songs on the album and has an almost eerie sound. “Punching Bag” is busier than her usual music with a faster tempo and heavier guitar. The background vocals and harmonies are the highlights of the track and add a lot of mystery. I am intrigued to see if Georgas continues to make music in this style or if she sticks to her simpler sound.

Differing the most from “Punching Bag” is the song “Cruel”. Georgas writes a ballad with this song, having her voice accompanied only by piano. “Cruel” is the closer on the album and seems to fit that position quite well. It tugs at the heart strings and fills the mind with nostalgia. Georgas’ voice pleads for freedom and questions the hateful manner of others. It is beautifully written and currently seems to be one of the more popular tracks.

The eleven-track album shows Georgas’ maturing style through her lyrical content in addition to her familiar sound. Branching out enough to catch the attention of listeners, the album is one that devoted Hannah Georgas fans as well as first-timers will enjoy. I am constantly impressed by Canadian artists and Hannah Georgas is definitely no exception. She is talented, has a clear vision, and connects with her audience though her art form.