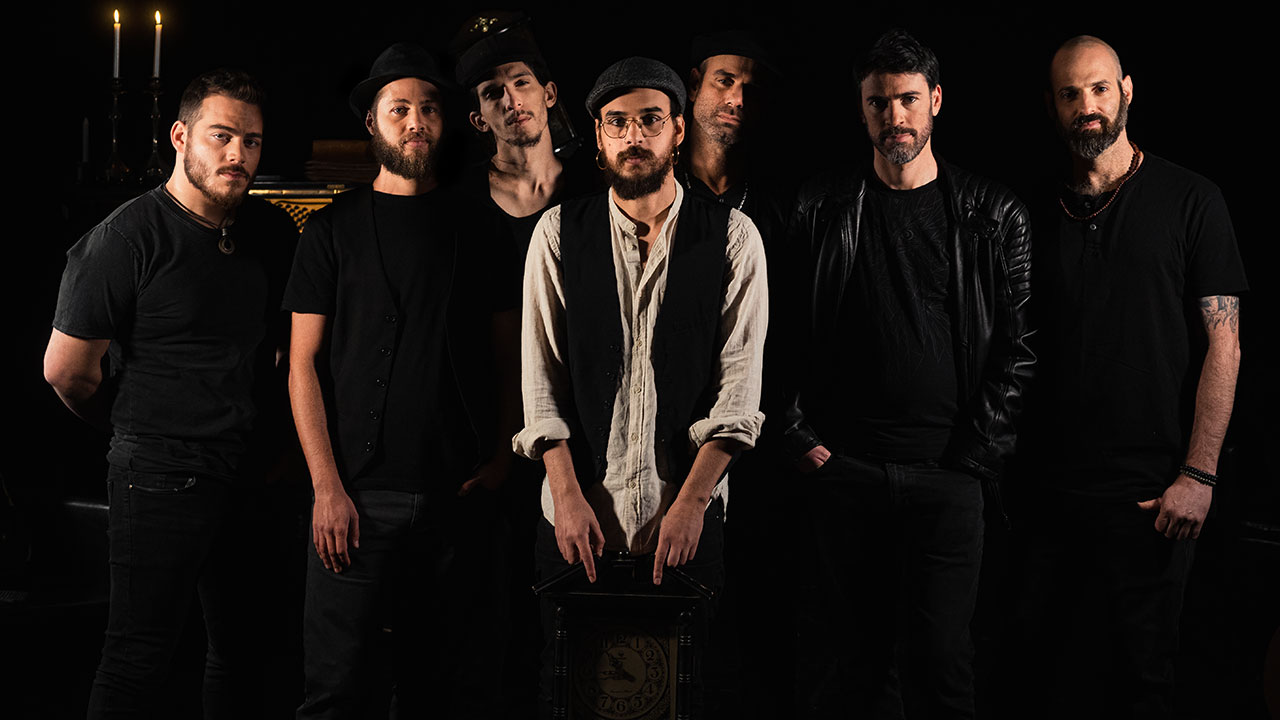 By Carlos Vélez-CancelJune 9, 2021 No Comments

Discovering new music is such a rewarding experience, yet there comes a moment when the exposure to it can become excessive and a tad bit overwhelming. Listener’s fatigue is a phenomenon that has been made aware of in recent times, but for this review I would like to point out something that can be stupidly frustrating (at least for me), and that is to come across a band or artist and genuinely like what they offer, only to stash it on the backburner of your mind until months – or even years – later. It’s something that I find myself fuming over whenever it happens. But hey, better sooner than later, right?

This has been my exact experience with Subterranean Masquerade, as I stumbled upon the name while looking for albums to review here on Everything Is Noise and, as quick as a flash, I got transported back to 2017 when, in a cloudy morning on my way to university, I first heard this Israeli outfit through Spotify’s Discover Weekly playlist. “Kippur” was the name of the song – off their album The Nomad, released in that same year – and let me tell you that it was a joy to sit through the whole of it (or at least that’s how I remember it to be!). Their avant-garde approach to song structuring with progressive folk metal elements was instantly attention-grabbing, only elevated by their knack for colorful performance and overall catchiness. Discovering them was a treat to sojourn amidst an otherwise ordinary day, for sure.

Thus, imagine my confused yet curious excitement to get my hands on their latest offering, Mountain Fever. Their use of percussions and the bouzouki on opener “Snake Charmer” is easily identifiable from the get-go, seamlessly weaving into a soaring main riff akin to the most recent works of Amorphis. Until this point I realized that what gravitated me towards this band four years ago was the aerial quality to their music that is instantly immersing, and I am glad to say that this is ever so present on this album.

There is much to digest here, however. At first glance, Mountain Fever may seem like it’s all over the place, with varying degrees of moods and sounds laid out thanks to their commitment to incorporate an array of genres, prog and non-prog, throughout the album: something that was not explicitly present in past efforts. If this detail alone makes you in the least bit doubtful, then fret not! Mountain Fever is over the top, but certainly not disorganized, catering to their strengths in providing strong musicianship and an overall bombastic production.

Songs like the title track and “Ascend” sport out the most straightforward hard rock and metal influences depicted throughout Mountain Fever, maintaining a healthy balance between heavy, catchy, and a colorful personality. I would also like to add that the outro from the latter is one of my favorite moments off the whole album, setting a perfect example of the aforementioned soaring quality Subterranean Masquerade has mastered on here.

“Ya Shema Evyonecha” will surely make prog metal fans ooze with joy, as the song blends odd time signatures and chunky riffs with dizzying synths, all the while laying out their trademark folk proclivities to forge a tried-and-true prog banger. Same goes for the aggressive and epic “For The Leader, With Strings Music”, albeit an even more extreme version of their established sound, with a curious blend of melodic death, neo-prog and classic heavy metal that pays off so well. Certainly one of the highlights off the album for me.

This review is not complete without mentioning the superb vocal performances showcased across Mountain Fever. There is so much diversity and character to them that it is borderline impossible to not pay attention to, regardless of whether the music is right up your alley or not. “Inward” is the most obvious example for me, as the song has a crazy range of singing styles – from growls and animated vocal deliveries to classic ’80s metal screaming – without ever sounding disjointed or out of place. There’s also the fantastic prog power ballad, “The Stillnox Oratory”, where David Bowie-esque baritones and operatic wailing coalesce with a stirring musical performance that contrasts satisfyingly with an otherwise multi-faceted album.

Mountain Fever isn’t by any means a simple listen, yet that in itself is more of a cautionary detail rather than a weakness. This is the album where Subterranean Masquerade managed to pull off the musical sweet spot between technical proficiency and writing good hooks, and it is done so with great success. The sense of adventure is never really lost here – there will be at least one or two moments that you will find yourself giving into without question. I say go ahead and give this album a proper spin; I’m sure that you will find something that you’ll end up going back to. And if not, then appreciate Mountain Fever for what it is: a solid and well-rounded record capable of providing you a new listening experience while zigzagging through the familiar and, sure enough, the heavy.