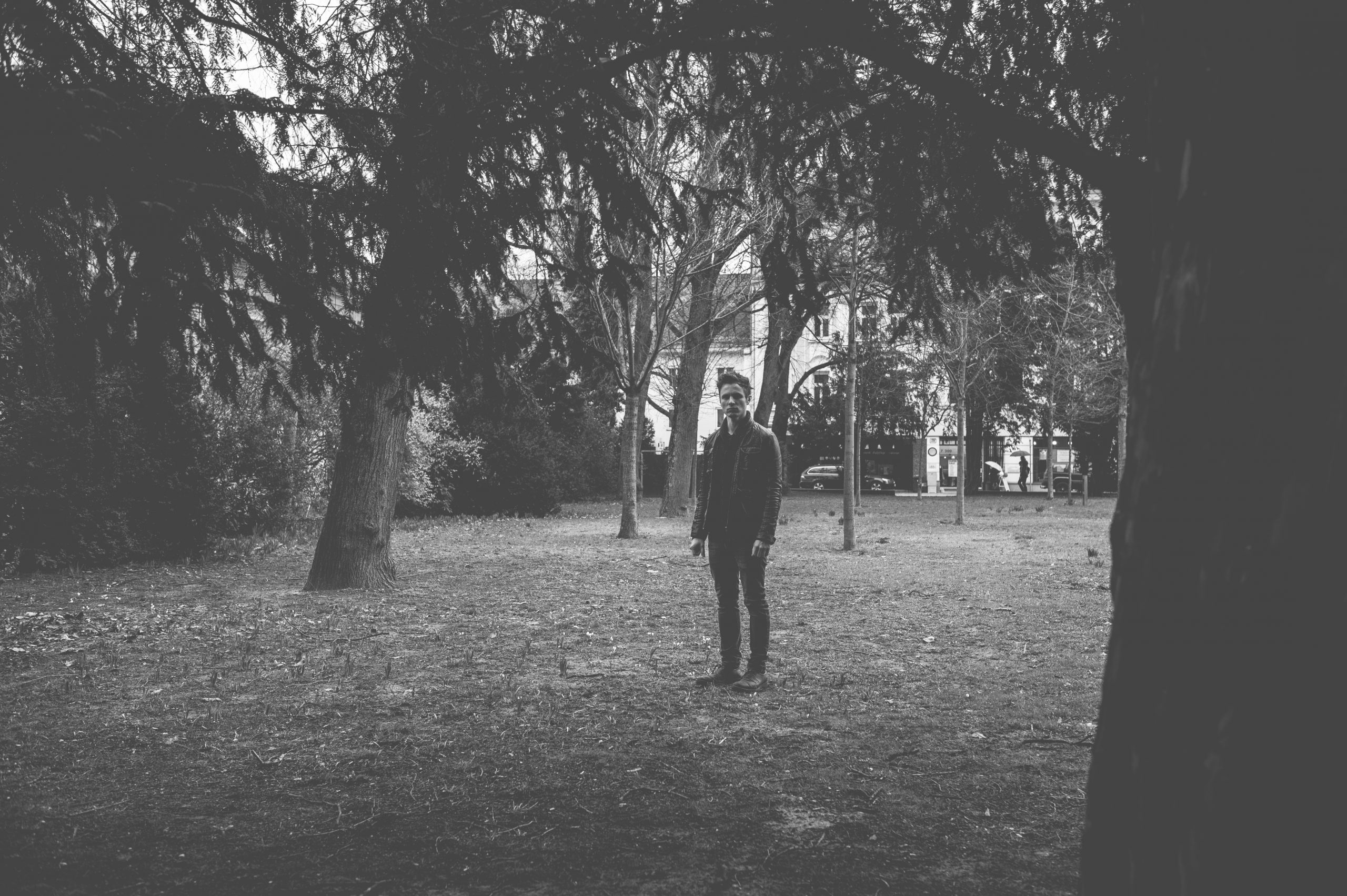 Fans of lo-fi beats, trip-hop soundscapes, and old school Warp Records take notice: Tomá Ivanov, who performs as TOMÁ, is about to drop the soundtrack to fuel your next late-night, tea-fueled study session or twilit city skyline walking tour. The Austro-Bulgarian artist releases his debut LP Atom independently on June 30, following years of musical education and experimentation with guitar and electronic production. If today’s single “Blind War” is any indication, the record promises to be a trippy concoction of TOMÁ’s formal jazz education; homages to his musical forebears include Flying Lotus, Aphex Twin, and Squarepusher, and the talents of a diverse array of accompanying artists including I Am Tim and Esther Esrah.

Today, TOMÁ releases single “Blind War”, which sports a crooning vocal feature from Chicago experimental jazz musician Ben LaMar Gay. The track forges a contemplative mood with sumptuous synths and Gay’s hypnotic, reverb-drenched vocals. TOMÁ parlays his chopped beats and Gay’s vocals into knotty harmonies, and while the production’s sheen fits the lo-fi aesthetic popular with university students and midnight oil-burners everywhere, TOMÁ does not gloss over details in forming a sound simultaneously crackling and butter-smooth, akin to a mixture of early Aphex Twin and Flying Lotus on his jazzier or neo-soul-inspired cuts

TOMÁ doles out each sonic component with maximum precision and economy. He has a clear ear for how each of his tools plays off one another, stretching Gay’s sparse yet full-bodied vocals over a simple rhythm section and keys to craft an atmosphere that is at once melancholic, meditative, and soothing. The song provides a primer into TOMÁ’s diverse musical origins as well, as aside from the aforementioned electronic music giants there are nods to the harmonic interplay of Louis Armstrong and the baroque atmospheres of Johann Sebastian Bach.

Influences aside, I am impressed with how adept TOMÁ is at blending small quantities of just a few elements to craft a track with subtle tonal complexities and inexhaustible replay value. This young artist has a lot to prove with his first record, but his ear for artful trip-hop arrangements with a dash of organic experimentation is already apparent with single “Blind War”. Join me at the good vibes party when Atom hits the virtual shelves later this month, and stay connected with TOMÁ at his Bandcamp, Facebook, and Instagram until then.