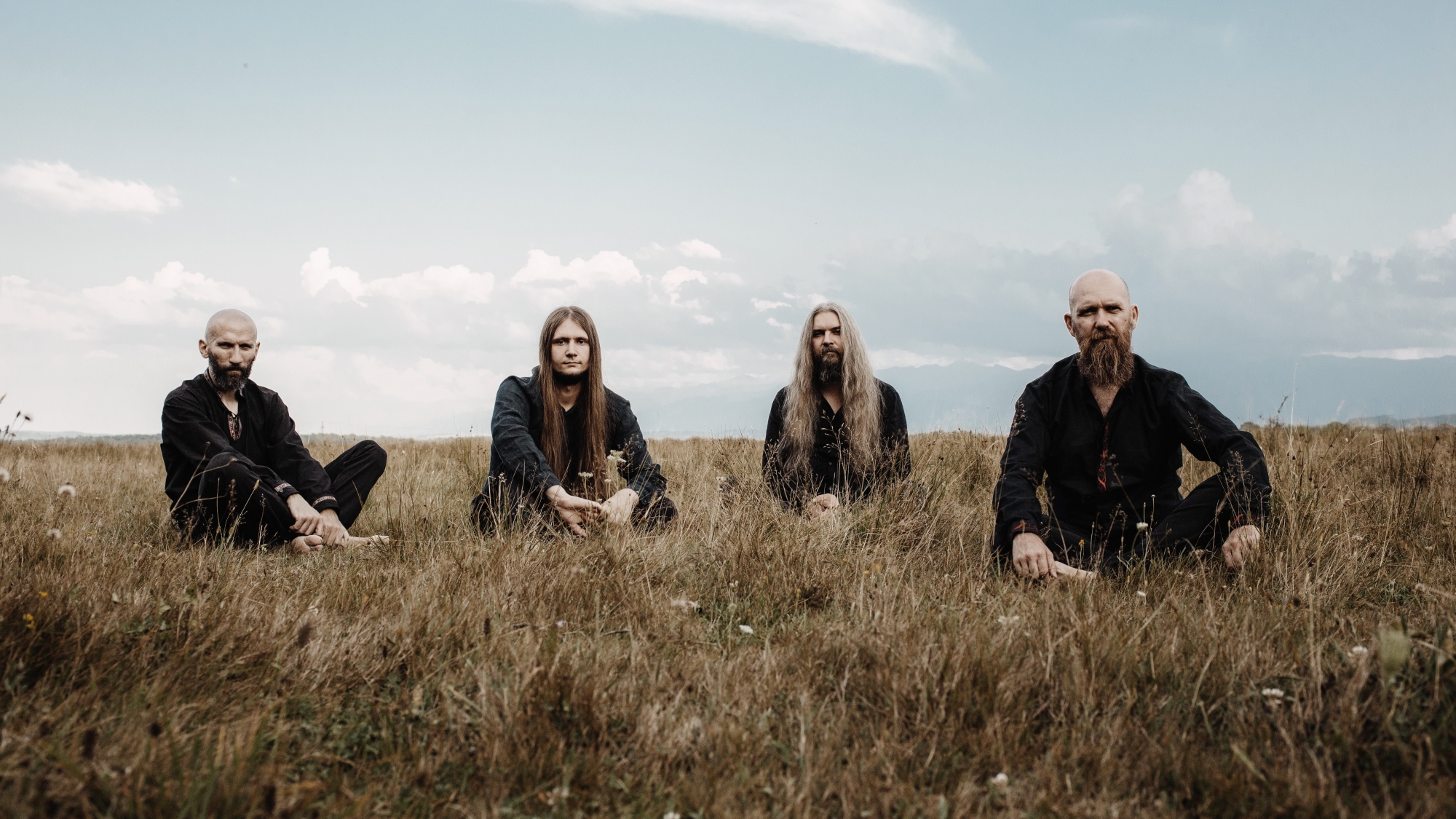 Romanian prog powerhouse Dordeduh have unleashed something incredible with Har, managing to be brutal and sensitive on every track.

As always, let me start this review by talking about myself. I’ve had an arduous few weeks, a lot of it has been super worth it, but some of it – not so much. There’s nothing I love more than getting home after an intense day and sitting down with a nice beer and some awesome music. Because it’s been such an intense few weeks, it’s taken me much longer than usual to write this review, but that’s also given me more time to get familiar with the album: Dordeduh’s Har.

I honestly can’t put into words how much I love the first half of this album. Straight out the gate, opening track “Timpul întâilor” combines everything I love about black metal with the sensitivity and spaciousness of Isis, hitting so hard yet with so much emotion. It’s a monumental way to lead into what will surely be one of the best albums of 2021; I can’t imagine it getting much better than this. Even though parts of it, especially the cheesier parts, aren’t my cup of tea, I still find myself far less offended by them than I would normally be. On “În vieliștea uitării”, which follows “Timpul întâilor”, the power of the vocals and the beautifully simple, intertwining guitar lines overshadow any disdain I would normally feel for the use of vocal and string pads, plus the bass playing is just gorgeous. It’s a fantastic track, somehow laced with anticipation and excitement despite its restraint.

“Descânt” begins with a bouncy unison line that could be far too cheerful, but is darkened just enough by its chugging backbone. This catchy wee melody, which finds its way into my brain on a regular basis, became something my theory-obsessed brain couldn’t let go of, so I investigated what made it so fascinating to me. I found (gonna get nerdy here, sorry) that it’s actually just a natural minor scale, but based heavily around a flat 4th, which doesn’t normally occur in this scale. That sneaky little note shifts the entire feel of the melody, from the natural minor’s mournful but slightly sterile sound to something that is somehow cheery and completely unnerving. I think it’s super cool that one little note can have such a huge impact on a line’s sound.

Even beyond that twisted little melody, “Descânt” is awesome and easily one of my favourite tracks on Har. It’s an epic 8-minute journey through deserts and fields, over mountains, the aethereal string and vocal pads, twinkling guitar arpeggiations, and fluid bass lines eventually taking us to space itself. It shifts and flows so naturally that it’s never disorienting, even through all of these different moods and sonic environments.

Another super clever musical moment is the start of “Vraci de nord”, opening with a simple guitar line, a steady synth bass pulse, and strange, skeletal percussion. I thought I had the rhythm and meter sussed, but then the drums came in and threw everything off kilter again. The gradual addition of more guitar ostinatos, lute (?), and subtle vocal pads builds an air of dream-like suspense. It takes close to three minutes before Dordeduh actually bring in a sense of harmonic structure for the first time, and from there, “Vraci de nord” becomes aggressive in its mysticism, chugging guitars and dirty vocals juxtaposing the shimmering synth melodies and spacious string pads. To me, the track loses a bit of traction in its warm, soothing middle section, but is still a fascinating listen, over and over again. Its sprawling, symphonic ending is not my kind of thing, but very well-executed.

“Desferecat” begins with one of my favourite sections on Har – it’s badass, dark, and forceful, driven by militant drums and heavy guitars. Again, though, this song peters out into a quasi-classical string chorale (including some pretty spicy chords) before it finally returns to chugging badassery for its final moments. Penultimate track “De neam vergur” is, to me, a perfect summary of the album: it combines everything explored previously into 11 minutes of pure delight. It’s never once boring or overly repetitive; it’s juicy, cheerful, melodic, and just all-round beautiful for the first few minutes, before it becomes calm and almost mournful, and finally grim and determined in the middle. There are no vocals at all for the first five minutes, which I very much appreciate – with or without them, Dordeduh convey all sorts of emotions. “De neam vergur” skims the gothic, complete with choral pads and horn stabs, before it returns to something resembling cute, but in a skeletal way. There’s so much going on throughout this track that it would take a whole review just to deconstruct it – but that’s hardly the point. It’s such a fantastic ride that I’ll just leave you to enjoy it for yourself.

With Har’s final track, the two-minute “Văznesit”, Dordeduh gently but firmly close the mysterious book they opened at the start of the album. It leaves us wondering whether anything we experienced on our trip was even real, or whether it was all just a dream – it leaves us feeling wizened, older, somehow wiser, yet quieter than before. I think if there’s one word that describes the entirety of Har, it’s mystical. There’s a strong feeling of mystery and ancient lore – I found myself thinking frequently of ancient Egypt, crypts, tombs, pyramids, gods of strange forms.

Yes, Har is long. Yes, there were parts I found hard to get into. But I don’t think it’s overly bloated, and it needs to be huge to be monumental. I really love this album – I didn’t get what I expected, and I’m thankful for that. This is so much greater than I ever could have hoped for. I don’t even really know where to start with this album, and I don’t feel I’ve said anything worthwhile about it so far. I’m just absolutely blown away by it.