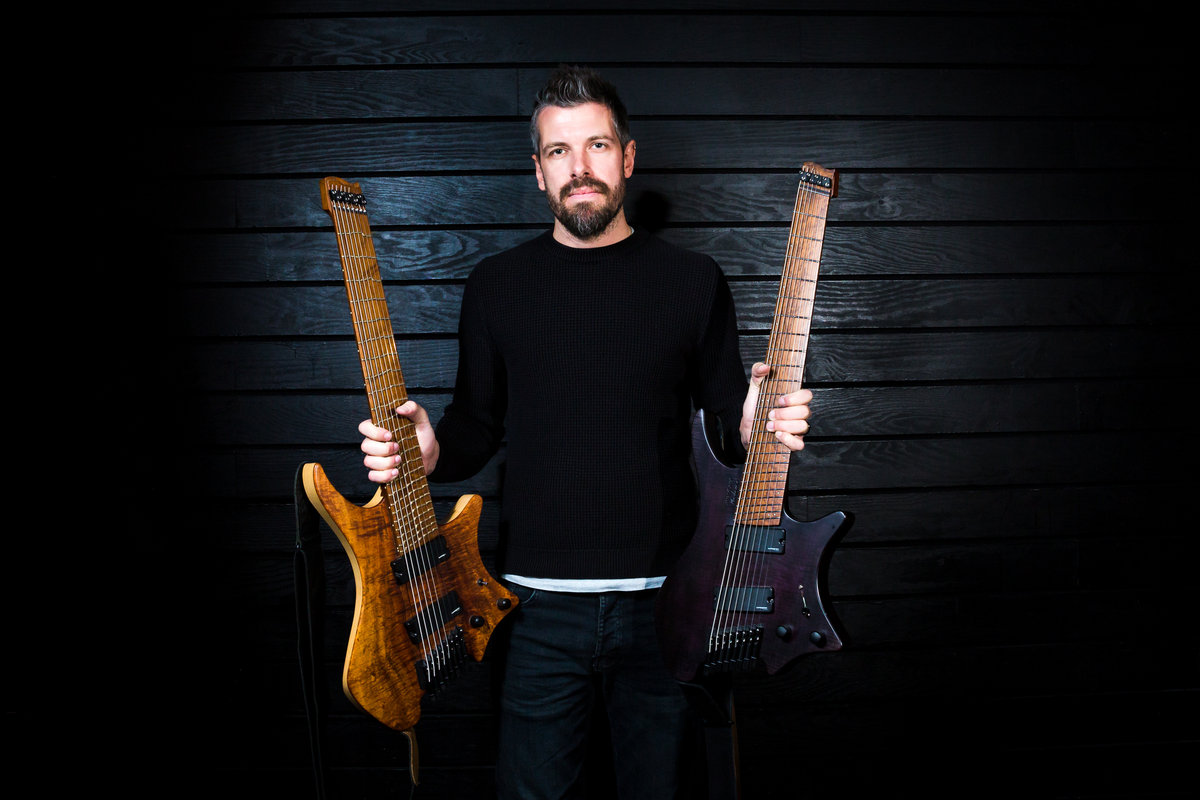 Richard Henshall doesn’t venture too far from home with The Cocoon, but it is a solid album to be wrapped up in.

Haken fans rejoice! Guitarist Richard Henshall has released his first solo outing The Cocoon which include songs that would have been good contenders to be on the previous Haken album. Richard has created a rather nuanced album with The Cocoon and it shows a lot of time and effort was put into it. The sound mixes the instrumental progressive rock/metal with jazz fusion elements and some ambient layers. This is all sounds pretty familiar, but The Cocoon is crafted in a unique fashion which sounds separate from from the rest.

Richard put together a pretty good crew together to assemble The Cocoon with Connor Green (Haken) tackling the bass and Matt Lynch (Cynic, Nova Collective) handling the drums. There are also a multitude of guests present here which furthers the collective sprinkling of fresh sounds in a stale genre.

The Cocoon opens up with “Pupa” which is a short introduction to the album that increases in intensity until it’s fully crashed in. The thick bass is what stands out to me with this track – Connor has a distinct tone to his playing which has a ton of beefiness. The next song is the first with Richard’s vocals and is the title track “Cocoon”. This is the longest presentation on the album reaching over ten minutes. It demonstrates everything this record has to offer: insane technicality, jazz fusion complete with sax section, heavily distorted guitars, and prog passages. For those that love the long, extended instrumental sections that weave through many different genres and allow every instrument their moment to shine will feel welcomed in “Cocoon”.

Bent Knee’s Ben Levin delivers some vocals which threw me off at first in “Lunar Room” with a spoken word-like rap which seems a bit out of place. Ultimately whether or not these are off-putting is subjective, but it what it does accomplish is that it adds more nuance to the album. This is a fun way from keeping the album sounding stale. This track also features Jessica Kion from the aforementioned Bent Knee who adds a nice layer of backing textures which is always appreciated.

“Twisted Shadows” was a single which was released before the album was put out. It has some major “Cockroach King” vibes throughout and the appearance of Ross Jennings solidifies that. I can’t keep from thinking this would have been a nice addition to Vector but c’est la vie. A drawback in “Twisted Shadows” for me is the Jordan Rudess keyboard solo mostly because it’s something we’ve all heard before – hundreds of times. Overall, I dig the classic The Mountain-era Haken vibes which are present throughout this song.

Richard is technically proficient at many things, but singing is not one of them. That’s not to say he’s a bad singer because he’s not, it’s just rather noticeable next to all of the other impressive feats The Cocoon has to offer. He also seems to realise this because his vocals are heavily produced and mastered to create more of an instrument effect rather than singing. There is also the addition of guest vocalists which helps in a couple tracks.

This is a solo/side project from a member of a notable band; this sounds familiar and I can’t help but draw a connection to Dan Briggs and Nightmare Scenario. Dan created an album which sounded nothing like his other projects where Richard stayed a little closer to home. Those familiar with Haken and Nova Collective will know what to expect here and if you liked them, then you’ll enjoy this too. The Cocoon is a solid release by Mr. Henshall which has its familiarities, but that’s okay because the music presented here is still top notch.