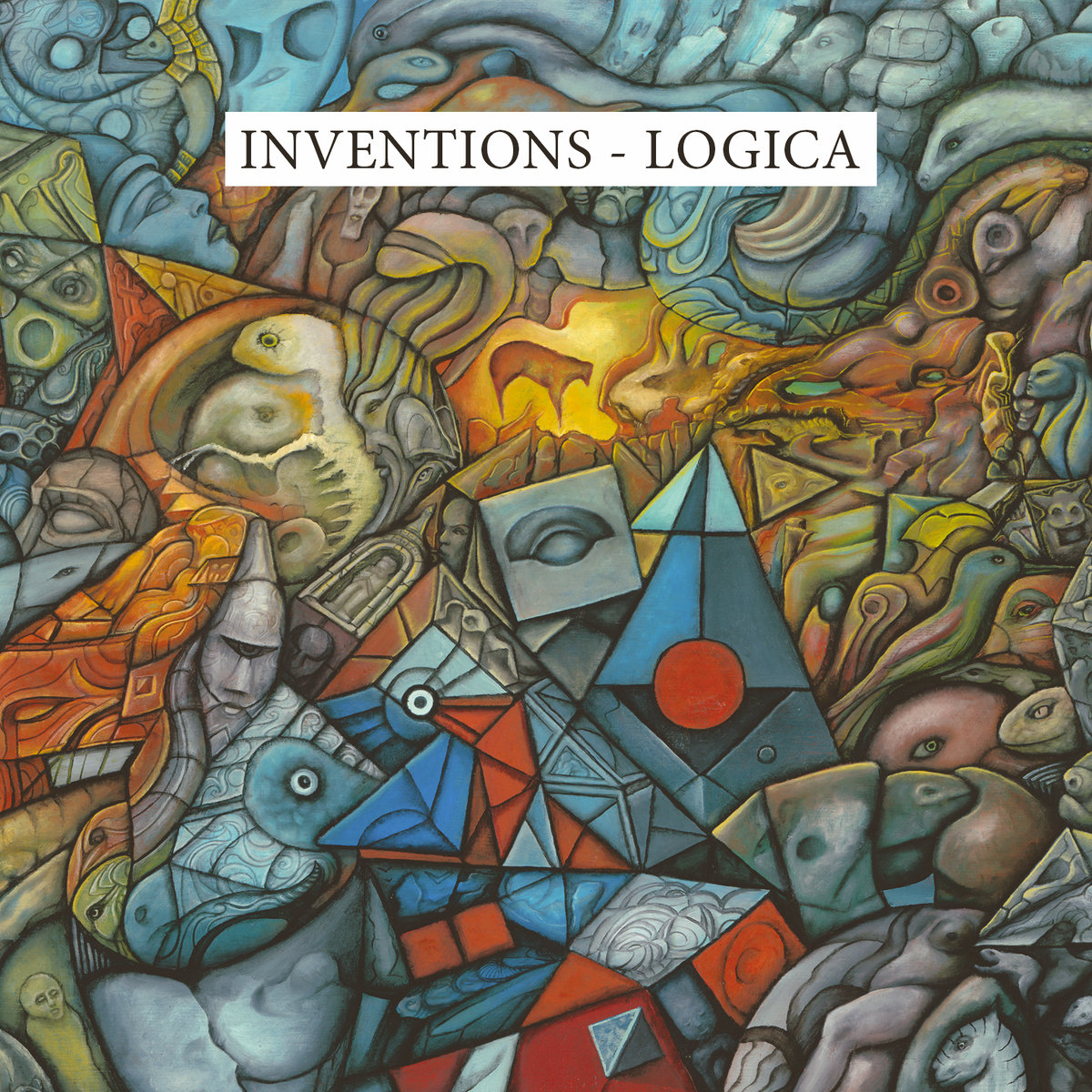 Inventions have given us an existential adventure into humanity, sciences and ourselves, with their cinematic prog album Logica.

I love an overly ambitious prog album. Some may see these as an artist’s self-indulgence – and that may be true – but I personally eat these up. I’m new to Inventions (and Christiaan Bruin’s work in general), so I had no expectations walking into Logica, which allowed me to listen to this album as it should be: an individual piece separate from other projects.

This is a cinematic, progressive, adventurous concept album. Instruments weave in and out of each song and are allowed to sit and do ‘their thing’, which is creating the backdrop to this existential album. There are many winks to classic prog bits, strings, guitar solos and narration found within.

When buckling in to give this record a spin, give yourself the time and patience to be able to sit and take it all in. It is not easily digested in one sitting, nor is it something to ingest in chunks. Giving the proper time to sit and listen to it all at once is the way to go here. There’s a lot to talk about with this record. For instance, there’s a clear love of classic prog music. One can hear Mike Oldfield in “The Sum of All Things”. There is also the obvious King Crimson comparison to be made in “Logica”, especially in having Theo Travis on board lending his sax and flute.

More to all of the comparisons, though, is the lyrical explorations and overall feeling Logica gives: existentialism. The album offers an exploration of various topics not typically represented in music. Christiaan states that the album offers ‘…deep links between mathematics, logic, language, perception, arts, and physics.’  These deep dives into the human and natural sciences give the album its concept. The music matches the exploratory tone perfectly. It gives space for reflection and adds an intensity, as the topic gets to be heavier and heavier. Adding to the lyrics and instruments are the narrations, which are provided by Andy Rowe of the prog-rock band The Room. The narrations add a bit of differentiation from the sang lyrics to the overall concept. A good example of the power of this is in the song “Three Worlds, Three Mysteries”.

“Platonics” opens up with such a brilliant introduction to this adventure of an album. Having bright strings sweep into the track really gives us a false sense of security, before the heavy contemplation of existence kicks in. It does a nice job of setting the scale of the journey to come. “Logica”, the next and second track, immediately mellows out in comparison to “Platonics”. It is our first real sense of the where this album is going to take us. Some definite stand out parts are provided by the great Theo Travis who, of course, has been present in prog’s many great acts: Steven Wilson, King Crimson, etc. Travis provides some stellar instrumental parts with his sax and flute performances.

The final track, “The Sum of All Things”, is easily my favorite overall. The cinematics and orchestrations really shine through by creating a sense of drama, while upholding the conceptual self-reflection on pondering the meaning of existence. Everyone has had a moment of existential dread at least once in their life and “The Sum of All Things” is a great representation of that feeling.

The vocals are probably the weakest aspect here, though they are not exactly bad. They merely don’t add to the impact of the album. The instrumentation, concept and overall feeling of the album is so precise that it feels like the vocal delivery falls short of that grand scale. Saying that though, my favorite vocal part has to be at the end of “The Sum of All Things”. The vocals here are very repetitive, mirroring the spiraling dread we all feel as the album fades to a close. The album also has a classic case of the prog pretentiousness. To some, this will be the deterrent for this album. Those who enjoy this kind of thing are in for a treat.

It is very clear that a lot of love and care went into the creation of this album. Stripping back the concept leaves a beautifully crafted piece of art, which should be experienced at least once. Could some listen to this album and call it pretentious? Yes, absolutely, but that’s okay. This album is more than just simple self-indulgence, there’s a huge amount of love for the craft that can be heard here too. Christiaan has proven throughout his music career that he is a master of what he does and Logica is no exception.

Body In The Water – “Dragged Uphill”