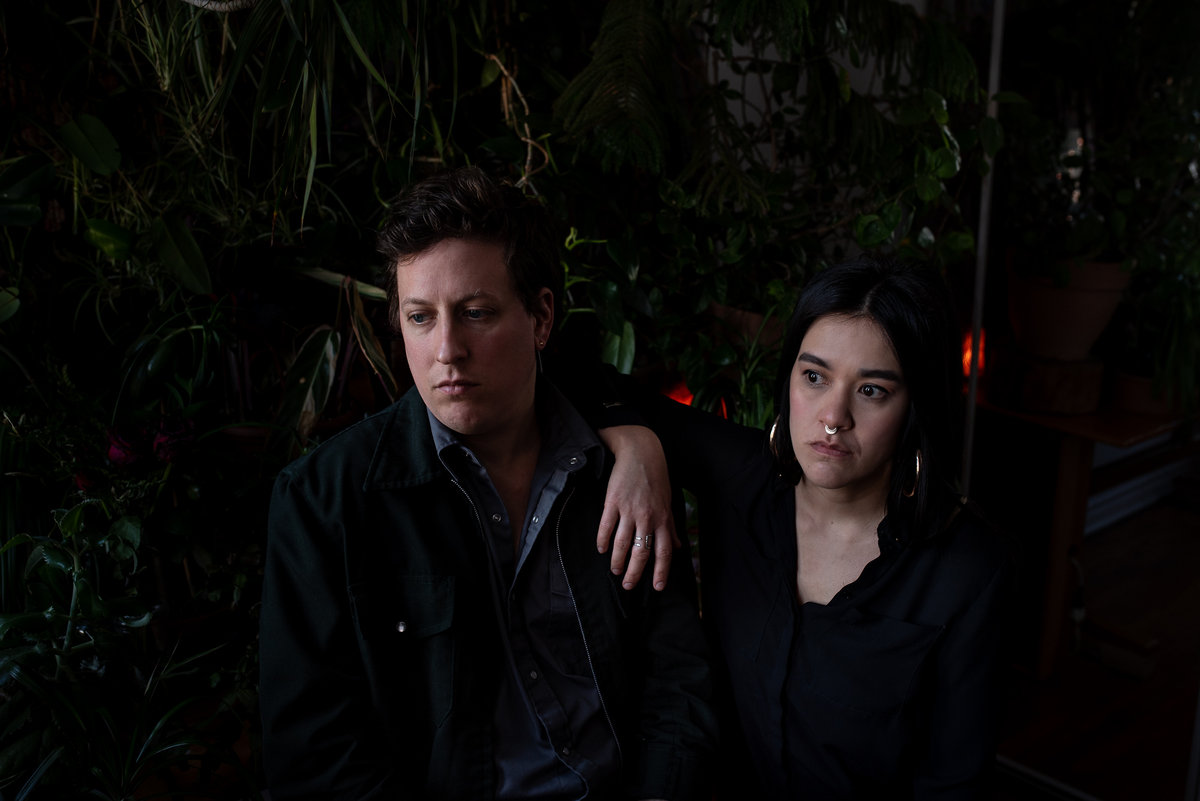 BIG|BRAVE – “A Gaze Among Them”

BIG|BRAVE wave conventions away with their transcendental interpretation on hazy, minimalist post-metal that will consume you.

You could spend all day trying to nail BIG|BRAVE‘s sound down. Or, and hear me out, you could simply succumb to their minimalist atmosphere, wave after wave. We have a habit of trying to make sense of everything because it brings us comfort to know how and why things work, but some things aren’t that easy. Some things just are, and one way to find comfort in that is to just be along with them. After a few listens of the Montreal band’s latest, A Gaze Among Them, I’ve found they fit firmly in the latter category, providing the comfort of a weighted blanket if you choose to simply exist in its reach.

I don’t want anyone to think that BIG|BRAVE‘s music isn’t worth your brain space – I’m literally writing a review on it right now, that’s a lot of brain space – but you have to approach it in a real specific context. It’s like when you get a professional body massage, you’re encouraged to not only relax physically but mentally to help the experience along. Don’t think about your problems if you can help it, focus on the feeling and vibe. If you’re able to welcome this album in such a manner, it can take on otherworldly qualities, the likes of which are very rare and capable of bringing on great change.

It doesn’t take long to see the gravity of what you’re dealing with, though it may take some time to come to terms with it. For minimalist music more focused on atmosphere and mood, it sure does take a while to digest and process. “Muted Shifting of Space” starts easy enough with reserved yet spacey drumming, but guitars fuse into the mix with a thick layer of buzzing distortion. It fills space so well, barely allowing room for vocalist Robin Wattie to slide in with her serene and welcoming contributions. Her voice is the primary melodic line throughout A Gaze Among Them, as if she was the small wooden boat beneath your feet as you drift down a chilly, fog-blanketed river. Halfway through the track, the intensity of the distortion and noise thrown around by each instrument is kicked up, like an amplifier buckling under the power of the sound channeling through it, or, to get more abstract about it as BIG|BRAVE are wont to warrant, witnessing a fissure forming in the aether.

The whole journey of this album unfolds in a similar way, though not in a static, boring fashion. Just in the next song, “Holding Pattern”, you’re exposed to different angles and textures through which BIG|BRAVE knead your brain folds. The pace is quickened with almost tribal drumming, Wattie’s vocals are allowed a bit more room to breathe, and the atmospheric droning has more layering. It’s such a penetrative experience, encapsulating a primal feeling like you’re the subject of an earthen, spiritual spellcasting. By the time you get to “Body Individual”, you should have a good grip on A Gaze Among Them and its modus operandi…. until you don’t.

“Sibling” was trying to me. At first, its crackling, buzzing rhythms were pretty abrasive to me, to the point where I almost had to remove my earbuds for a minute or change the song. This was kind of puzzling to me as I’ve listened to more abrasive music at equal volume with a smile on my face before. Had A Gaze Among Them broke me? Did it stray too far into my mental depths and trigger something unpleasant despite me thoroughly enjoying the rest of the record? Who knows. I can listen to it fine now, but it’s interesting that this song had such an effect on me without any explanation or logic. If nothing else, it contributes to the album’s legend.

There’s music you listen to for specific reasons and while it’s hard to pinpoint exactly when or why you should listen to BIG|BRAVE, you shouldn’t come to them for easy listening or for a wholly palatable experience. As much work as the band have put into crafting absolutely stellar and otherworldly soundscapes, the band expects you to put in just as much to appreciate that work. Open yourself up, let it inside, and you’ll find that A Gaze Among Them shifts its weight into different forms after it seeps into you with its hazy droning. It’s enigmatic, it’s transformative, it’s inspired, imploring you to understand a language you may not be familiar with, but is maximally rewarding when you do.