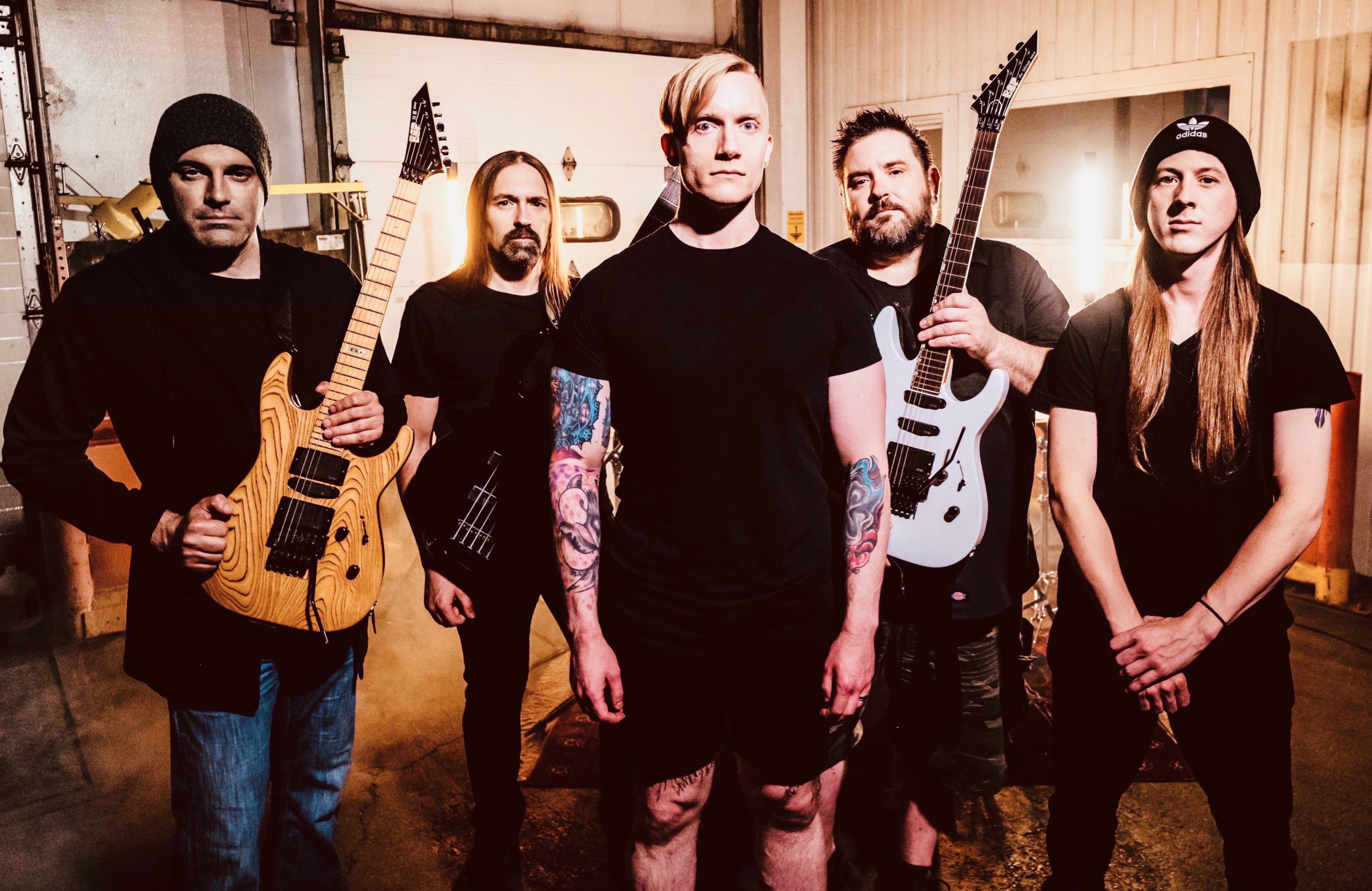 Contrarian – “Only Time Will Tell”

By David RodriguezDecember 5, 2020 No Comments

Contrarian flesh out their conceptual sci-fi world further with Only Time Will Tell, but lineup changes and a hard-to-follow story prove to be somewhat irksome.

It’s a genre whose bands are made or broken by its themes, instrumental prowess, and the amount of technicality present versus other elements. When I put it that way, those standards could be applied to pretty much any genre as well, but there’s something special about prog death stuff, right fellow Death fans? Where’s my Atheist pals at? How about my Horrendous buddies, or my Cynic comrades? Y’all know what I’m talking about.

There’s just something ethereal about the genre’s approach, and Contrarian seemed to have it all by the time I entered late in the game with Their Worm Never Dies last year in 2019 (feels like three years ago, but I digress). Investigating the three-album oeuvre of the Rochester, NY-based band at the time unearthed a lot of fun gems to dig into, and I found that it wasn’t always George Kollias (also of Nile, who I grew up with and love) at the forefront with vocals. A dude named Cody McConnell was on their first album, Polemic, and it just so happens he returns here on Only Time Will Tell as Kollias steps back fully with Bryce Butler (who’s also currently working with Lord Mantis, Shadow of Intent, and Abigail Williams among others) taking over on drums as well.

I’ll be upfront in saying that I really miss George Kollias, particularly when it comes to vocals. Still, our new/old growly pal in Contrarian, Cody McConnell, is quite formidable, channeling more of a guttural burp akin to Dying Fetus‘ John Gallagher. Does it work? Yes and no. It’s a tried and true style in metal, one McConnell has definitely refined and mastered over the years, and it worked well enough on Polemic, but I found Kollias’ relatively clear and enunciated approach more appealing, especially considering the story-driven concept their albums have been following all these years. Even with his br00tal invisible orange hand gestures and awkwardly enthusiastic presence in the video for “In a Blink of an Eye” (above), I gave him a chance to woo me.

Out of the gate, Only Time Will Tell was a bit of a hard sell for me because of this, but it did impress in other ways that I both expected and didn’t. There’s a lot of ass-beating guitar and drum work as one would expect –  just whipping flourishes surrounded by more melodic sections and pillowy future atmosphere that I’ll get to in a bit. I really do wanna give a shoutout to Butler especially because he really kills it on the drums. “In a Blink of an Eye” is the first track and what an intro. Rapid-fire riffing, searing solos, and very elaborate drum work all foreshadow yet another technical-as-hell album.

Contrarian are one of those bands that don’t just revel in their own skills, but utilize it to do some nifty stuff that even seems new for a storied genre such as this. Other highlights are “The Final Hour”, which has some beastly performances as well, and “The Mega-Metropolis” with its profound sense of speed and Nile-like melodic hooks that get branded into the mind after a couple listens. I’m glad the instrumentation of this album really keeps the fire going because the conceptual nature (time travel, romance, femme fatale tropes) of Only Time Will Tell is hard to follow outside of some context clues and the song titles, which is a little disappointing because there’s clearly a lot going on here under the surface.

It all almost feels pointless when the vocals can’t be easily understood, nor are the lyrics themselves available outside of purchasing the album (assuming they are in the liner notes or something). Bands can be apprehensive with printing them, but, especially when it comes to concept albums like this, they’re indispensable to nerds like me. I’m the guy that totally reads along while listening to the album. I’m the guy that wants to link songs together and pull apart the themes, guessing as to the meaning of it all even if I’m hopelessly incorrect. It’s an experience and only having the lyrics for one single (“Scarlet Babylon”, above) readily available at the time of reading this hurts – mentally, emotionally, physically – I am hurt. Pained, even.

Elsewhere though, ambience is a force to be reckoned with. It’s nothing terribly complex or engulfing, but helps with setting the sci-fi mood and adds another texture to an already technical and busy album. “Beat The Clock” is synthy, crawling on its knees in the intro as if on a derelict ship, or maybe a tall monolith of a skyscraper that pierces the clouds above a cybernetic city ravaged by… well, whatever’s going on here. This is where the cinematic nature of the album kicks off, being an instrumental track and all. The title track works similar notions into the back end of the album, but it’s more understated and breathy, a little uncommon for a penultimate track on a prog death metal album, but Their Worm Never Dies did the same exact thing to equally great results. The blankets of reverb and upfront bass lines make it cozy, even as McConnell’s bellows can be heard far in the back. It’s a risk I’m glad they took because it really breaks up the primary action of the record and makes you appreciate it more.

All in all, even with my personal preferences turned moderate gripes, Only Time Will Tell is a solid-ass album. The open-hand slap power of Contrarian‘s previous work like “Exorcism” is something very hard to beat for me, so maybe the odds were stacked against it to begin with, and possibly in the future. I do see them making a more deliberate push into cinematic and conceptual territory here and I do hope that continues, though I beg the band – beg – to please make more lyrics freely available so the stories in the music can be enjoyed on multiple levels. I love that shit.

I did like this album – the aesthetic did a lot for me and while the vocals are fine, they just aren’t my favorite. And that’s okay! I know a lot of people love McConnell’s take on the mic and it was awesome seeing the welcoming day-one fans had for him upon his return. Those same people will likely enjoy the hell out of this. I was impressed enough with Butler as the new drummer and the other expected technical aspects of this album that it’s a net positive for me. Contrarian may shift forms every once in a while, but they’ve stayed consistently fun and evolved in neat, natural ways that are innate for a progressive death metal band. Will it be enough to keep someone like me engaged for future releases? Probably! Only time will tell.