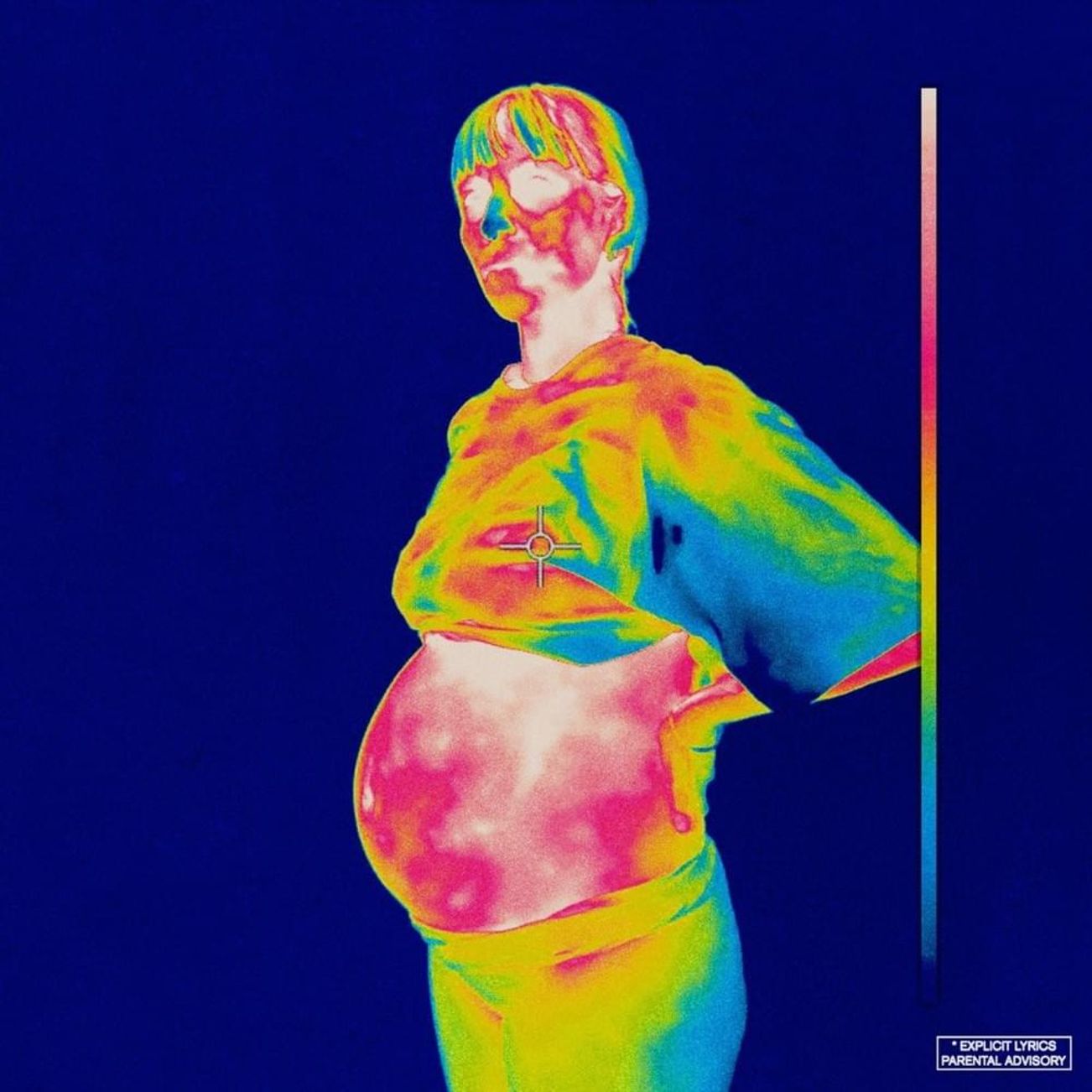 America’s top boyband BROCKHAMPTON turns over a new leaf on their haunting fourth album iridescence. The bold, uneasy production and lyricism sheds a light on the tumult the band has been through in the past several months.

If you clicked on this review, I’m just going to assume you’re a fellow BROCKHAMPTON fan and you’re already familiar with the events leading up to this album. Otherwise, just take a look at their Wikipedia page. There’s too much for us to unravel on iridescence, the band’s fourth studio album, to be bogged down in the backstory. Let’s focus on the music this time.

‘Here’s to health and here’s to wealth, all together now!’

Alright, I’ve got my iridescence hoodie on, my TEAM EFFORT shorts, and my Gay hat. Let’s do this thing.

“NEW ORLEANS” begins things by setting a few trends that will carry through different parts of iridescence: 1) These kick drums do not merely slap, they hit your brain like a belly flop—from a ten-story building. 2) The beats, while colorful in their own right, are about as droney as something from I Don’t Like Shit, I Don’t Go Outside. 3) Merlyn and JOBA tend to steal the show pretty much track for track. And Dom…well, he kills it pretty much every time.

Oh, and did I mention Jaden Smith has a brief feature on the hook?

However, BROCKHAMPTON deviates from these norms from time to time, like on the next track “THUG LIFE”. After a brief intro from Kevin Abstract and bearface, some sparkling pianos and synths enter, and they sound like early 2000s inspirational music? The transition between the two tracks are aesthetically jarring, yet it works.

“BERLIN”, for instance. Yes, the drums are a bit overzealous, but it still feels like I’m slamming into a brick wall. bearface’s hook is catchy as all get-out over top a beat that feels more within the boy’s comfort zone. Matt Champion’s contribution is short but to the point; I like the ‘metaphysical‘ line he ends with. Dom and Joba are definitely the ones who shine most here, however.

These tracks lay out another important aspect of iridescence that I touched on earlier: BROCKHAMPTON is playing with the roles the individual members fill, both sonically and thematically. Kevin takes a less commanding position and becomes another part of the band, while Merlyn, bearface, and JOBA (especially) are given more space to open up and experiment on each track. More on that later.

For me, the middle of iridescence is its strongest point. “WEIGHT” is the first track on the album where Kevin takes a more commanding role of BROCKHAMPTON. His verse about self-discovery feels reminiscent of “Empty” off of his solo LP American Boyfriend: A Suburban Lovestory.  Like…it really makes me want to ‘[put] my head inside a pillow, screaming‘ like a true boyband fan.

There’s another little callback in the form of JOBA’s ‘Praise God, hallelujah! I’m still depressed’ (a possible reference to SATURATION III’s “JOHNNY”) on “DISTRICT”. This song doesn’t quite elicit the same queer prepubescent reaction as “WEIGHT”; it’s more of an eargasm overall. One of the biggest bangers of iridescence, I love every part of it, from the slapping beat to bearface’s watery outro.

“J’OUVERT”…god, there’s so much to talk about here. I’m not gonna lie or exaggerate, the first time I heard JOBA’s verse, my stomach dropped. A rap verse has never had the effect on me that this one does. The feelings of sheer resentment and betrayal that come across are so potent, it was difficult to listen to the first few times. But that doesn’t entirely outshine Merlyn and bearface. I particularly like the ‘I’m on the lamb like the fuckin’ wolf‘ line. And what the hell is this beat?! It’s…a straight-up drone?! Combining this Earl Sweatshirt shit with a soca sample is just…absolute dark magic. “J’OUVERT” exemplifies a lot of the qualities that make iridescence such a well-executed experiment.

‘There’s a party outside, know the night is young/Is you havin’ fun?’

The last leg of iridescence is a bit shaky compared to its middle section. However, there are some clear highlights to take away from it. “VIVID” starts with these beautiful singing samples, but immediately swaps to some Aminé ONEPOINTFIVE-type production. I love that introductory line ‘¿Como se dice? Don’t touch on me with them dedos/I minimize all your credentials, I maximize all of my pesos‘. Dom absolutely snaps in the second half of his verse, asserting BROCKHAMPTON‘s rightful place in the game. The shadowy, muted production pairs perfectly with the ‘ee, ee, ee, ee, woah, woah, woah’ hook. The less-is-more model just works on this one.

Personally, I have mixed feelings on “SAN MARCOS”. It might be the weakest point on the album, but I’ll say this much: it was an interesting risk. The combination of steady acoustic guitar and dated flute (?) make this track feel like the equivalent of watching a sunrise on an old VHS tape.

Needless to say, BROCKHAMPTON sounds more like a traditional boyband than ever. The obvious corniness of the lyrics and sound forces me into a love-hate relationship with the song. I’m still not entirely sure how to feel about it. But it translates much better on the first teaser of iridescence: “TONYA”. This is the track that debuted live on The Tonight Show and it speaks for itself. ‘Sometimes, it be so spot on, it hurts’. That’s how I’d sum up every aspect of this track. The flawless pianos, each vulnerable verse, it all adds up to a perfect song.

‘Take it all or leave it’

I’m not surprised other critics are not taking to iridescence like they did the SATURATION trilogy. The band has been forced to make notable changes in their group dynamic. But more than that, I think some people won’t take to iridescence based on its unconventional sound. And when you think about it, it’s completely ass-backward. BROCKHAMPTON broke onto the scene as a group of innovators. Up until now, I haven’t seen them as sonically revolutionary, despite shaking things up by being as well-known as they are and still carrying that ‘we’re here, we’re queer, get used to it‘ mentality.

But now that the band is bringing forth sonic innovations as well as social ones, of course, there will be even more naysayers. This album doesn’t come from that original spark of vibrancy that SATURATION had. No, this comes from a much lower place of mistrust, of pain. It’s not as fun of a listen as something like SAT II. But that’s precisely why this album had to come about. That’s precisely why I’m so glad it did.

I don’t know where iridescence stands in comparison to the first trilogy, but the best years of our lives saga is going to be a wild ride. My main hope is that BROCKHAMPTON doesn’t alienate too much of their fanbase or risk their notoriety by the time it’s all over. As far as I’m concerned, I’ll be holding on for dear life until the ride stops.