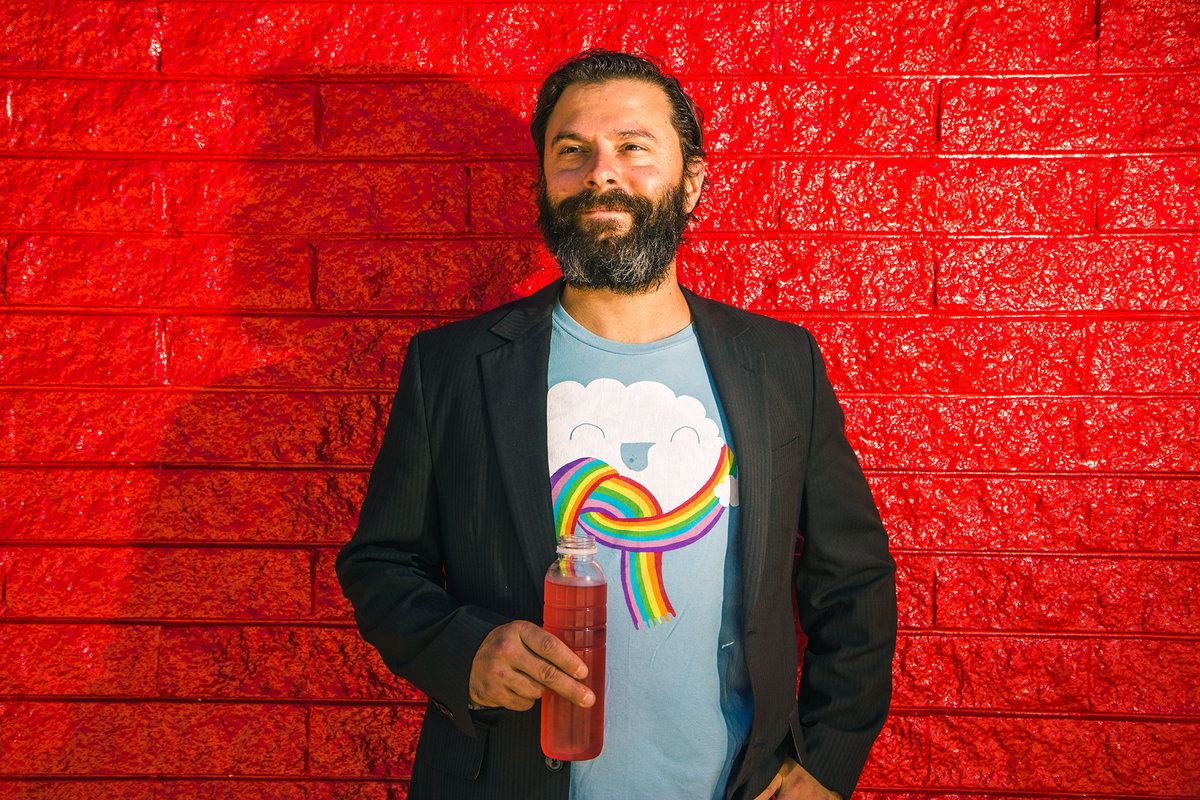 By David RodriguezJuly 4, 2020 No Comments

Brian Campeau‘s musicianship remains undefeated, even after releasing the collection of leftovers and B-sides that is Ambience Driver. Can he do no wrong?

I just can’t help it. I will, until further notice, take up any opportunity to write about Brian Campeau. Ever since his last album – Old Dog, New Tricks – I’ve been quite infatuated with him. When I reviewed it, the odds were certainly against him – I am notoriously picky with singer-songwriters as far as which ones I like, especially if they’re more acoustic-based, but Brian made me a believer. Still, even his next album, this very one we’re talking about today, would prove to be an additional challenge.

Campeau announced Ambience Driver just a few weeks before it dropped in early June and billed it as an album of B-sides, rarities, and reworked songs. These are projects that I’m not very fond of, even when it comes to some of my all-time favorite artists, but I was intrigued about what may have been saved from his cutting room floor. Was the salvage as magical as the rest or merely a distraction between more fleshed-out projects?

The answer is no; that is, it’s not really either. It’s something compellingly in between. With Ambience Driver, there didn’t seem to be an expectation, or if there was one, it would likely be a lower one given the context of its existence. Too bad this is Brian Campeau we’re talking about and he’s not exactly conventional. Where a straight path lies, he seems content on juking from side to side in order to elude normalcy as well as substantial criticism, at least from this reviewer. When I wrote a premiere for “Garden Song” a while ago, I boldly hypothesized that, given the two singles released up to that point, this album could ‘easily rival more supposed polished and comprehensive projects by other artists.’

But I was right!

Since the songs on this album theoretically span at least a few years, and a couple different writing sessions if you prefer to see artist output in that way, you’re going to get a grab bag of sonic approaches, tones, and moods sprawled across Campeau’s career. Still, there’s a lot more linking each song together than you may expect – the Australia-based artist didn’t just slap track after track into the list with no direction. The intro of “Bennys Song” (yes, no apostrophe), a down-pitched spoken word from Brian about his writing approach while a lilted guitar flows in the foreground, segues generously and almost invisibly into “Down and Up”, a song I could see being an interlude on any of his albums, past or future. “Melodie” transitions solidly to “Oh Two”, creating a sturdy bridge from upbeat to comparatively somber.

To get more into it, you’ll find interesting takes on here that sound both familiar and almost jarringly different for Campeau. “In Agony” is simple, but poignant, grounded, and natural. The kind of song you’d love to hear at an intimate club show with nothing but a mic, guitar, and stool on stage. It has a Pink Floyd vibe to it, like “Brain Damage” without all the fancy electric parts. Elsewhere, “Swipe Left”, the album’s first single, ratchets up the tempo and adds drums for a song on the woes of modern dating including, the most stressful part besides rejection, filling out your profile (the lyrics of which I’m fairly confident I transcribed correctly):

The only jostling transition the album has to speak of is from “Swipe Left” to “Siiiick”, but after that is a little tune called “Fail Proof” and let me tell you, if you ever wanted to see Brian Campeau unleash himself and really reach for the stars, this is the song for you. It starts off on-brand with fluttery acoustic guitars, but electric guitars with distortion are added soon after along with drums, bass, and Campeau’s lovely singing voice. Then the hook kicks the hell in with boisterous, meaty riffs and his voice going from lovely to loud, projecting to the far ends of your brain like never before. It’s a full-blown rock song, and a progressive one at that – there’s an instrumental bridge that has some neat structure and guitar work, adding some flair to an already standout effort.

As weird as it may seem, Ambience Driver feels like a greatest hits album for Campeau – made of hits that never technically existed. You can feel the fingerprints from other times on these songs, even with more polish on them for presentability’s sake. You hear the emotions and thought patterns translated to sonics from past Brians, embedded into the tracks, all to be digested and enjoyed now. What could have easily been a disjointed, throwaway effort ends up being another meticulously planned, canny, approachable project from the singer-songwriter that can stand tall with his more traditionally-formed albums. I didn’t expect anything less though.

The more I think about Ambience Driver as it exists, I realize that Brian Campeau is becoming quite the musical auteur. Finding new ways to explore his sound throughout his career has apparently left him with a breadth of cuts he can seemingly pan gold from, even the ones originally left in the stream. This is proof positive that Campeau’s artistry, attention to detail, and unwillingness to compromise – even when releasing a collection of leftovers and derelicts – is never left behind. If he’s able to, and wants to, pivot into a larger career down the line, I will always appreciate these more intimate, revealing moments of his work.