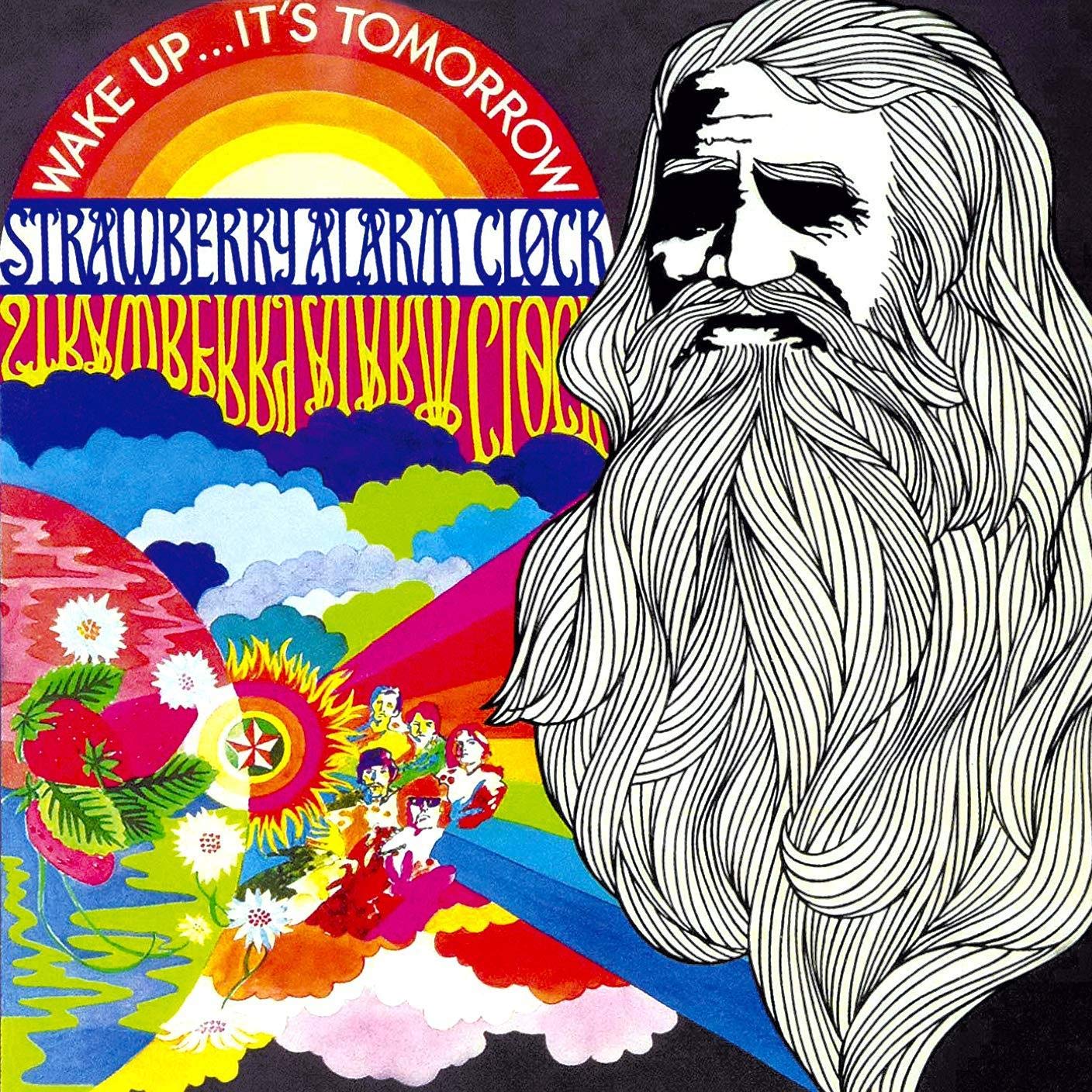 By Dominik BöhmerJuly 4, 2020 No Comments

In case it hasn’t become abundantly clear yet, there’s more to the A Scene In Retrospect feature than celebrating the big, shiny achievements of already massively acclaimed artists; sometimes, it’s all about acknowledging the tiny golden nuggets of greatness that by no fault of their own lie buried beneath the mountainous shadows of obvious, unavoidable legends past and present. One such case would be Strawberry Alarm Clock – despite scoring a number one hit with “Incense and Peppermints” in 1967, these merry gentlemen have seemingly fallen by the wayside over the following decades.

With his following write-up about the band’s 1968 sophomore release Wake Up…It’s Tomorrow, staff writer Billie will hopefully be able to help rectifying this unjust oversight, as Strawberry Alarm Clock were simply too good to be lost to the ages like this.

I never expected to have a chance to write about Wake Up…It’s Tomorrow. It’s an album I have known and loved for many years; one that really shaped my developing music tastes in my early teen years. I didn’t think I’d have a chance to write about this particular album because aside from my mother who showed it to me, I haven’t seen a single person who knows about Strawberry Alarm Clock. They are certainly an obscure band, even if Ed King played with them, but they are one of the most varied and memorable bands to grace the ‘60s psychedelic scene. Their single “Incense and Peppermint” reached number one on the Billboard Hot 100, but they didn’t ever create that big of a stir again.

Where do you begin trying to dissect this album? Especially when looking at it from its time period, it’s an absolutely wild ride. Wake Up…It’s Tomorrow is a little bit of The Doors meeting a little bit of The Beatles, with some of the wildest percussion you’ll ever hear out of a band from their era. They experimented with a lot of different sounds, using a lot of hand percussion instruments as well as drums. Their guitar style has a lot of typical psychedelic phrasing with a ton of feedback, and is often paired with synthesizers and keyboards to create that pretty classic sound.

One of the biggest facets of psychedlica is the often wild, drug-inspired lyricism. Some of Strawberry Alarm Clock’s music makes the legendary Jim Morrison himself look sane. One of my favorite examples from the album, and probably my favorite of the band, is “Curse of the Witches”. It is a very upbeat song in a plucky major key that sounds cheery and refreshing. Listening closely to the lyrics paints a totally different picture. It is actually the story of a man who is warned of having a bloodline cursed by witches. He doesn’t heed the warning and starts a family, only for his daughter to be accused of being a witch at six years old. She is burned at the stake and the trauma makes his wife’s heart stop beating. The song ends with him ruminating about his loneliness and claiming ‘to be happy I’ll have to wait til death comes’.

“They Saw the Fat One Coming” is another example of a song from this album with very dark lyricism. This track is a bit more pensive, featuring a rare acoustic guitar from the band. It also has a bit of blues to it, which may be the one of the first instances King played with a style that would be more evocative of his time with Lynyrd Skynyrd. This track features more hand percussion and sitar, with the lyric delivery soft and direct. It’s more of a spoken, eerie poem than a rock song, and it makes it sit a little uneasy. The lyrics describe a crying stranger in town whom nobody knows. This person creates such discomfort in the town that it drives them mad and makes them turn to violence to stop the rumination on the stranger.

Strawberry Alarm Clock might not be the most popular psychedelic rock band to grace the scene in the ‘60s, but their significance can’t be overstated. If it weren’t for them, the ‘Three Guitar Army’ of Lynyrd Skynyrd very well may have never existed. They experimented a lot with that classic psychedelic sound and weren’t afraid to use non-conventional instruments and phrasing. Their lyrics were wild and explorative, but some of them also were grounded in a lot of discomforting truths. If you haven’t ever given this album a listen, it’s not a very long journey but a very rewarding one. Close your eyes and take a ride on a wave of peak ‘60s psychedelia.

What are your thoughts on/experiences with Wake Up…It’s Tomorrow? Are you a fan of Strawberry Alarm Clock, and if so, what’s your favorite album of theirs? Do you have any records you’d like to recommend for inclusion in A Scene In Retrospect? Leave it all in the comments if you feel like sharing!