By David RodriguezJune 1, 2021 No Comments

Boss Keloid couldn’t be more aptly named, resting at the apex of the convergence of many a heavy music genre, dominating not with raw power, but with keen emotionality and a fierce love for their craft.

In my four years doing this, I’ve been lucky enough to discover some amazing bands; real transcendental shit. Bands that, when discovered, reaffirm to you why you’re doing what you’re doing. I first learned of Boss Keloid back in 2018 when they dropped Melted on the Inch which was a great album – maybe not quite transcendental, though we’ll rectify that later. Their amalgamation of sludge, stoner, and progressive music was refreshing as hell and showed that people were still trying to do some awesome things with that well-tread sound.

Sure, they started as pretty hardline and heavy stoner metal with a breakthrough album named Herb Your Enthusiasm housing songs like “Highatus” and “Axis of Green”. Great stuff, but Melted on the Inch, and now Family the Smiling Thrush, displayed a much more open progression out of the smoke clouds and into… normal clouds? It was huge – epic and fierce, with tons of atmosphere and grandeur. When I heard “Gentle Clovis” nearly two months ago, I knew a few things with certainty: Boss Keloid are the most forward-thinking band in their lane, “Gentle Clovis” will be one of the best songs of the year, and, if that song was to be a good representation of the album, it was going to be a strong album of the year contender.

Seriously, have you heard it yet? I’ll embed it right below here for you. It is one of the most incredible songs I’ve ever heard, boasting gigantic riffs, some of the most serenely weighty vocals ever committed to tape, and touching lyrics. Guitar tones are meaty yet fluffy when needed so the vocals can shine or to invite in a lighter atmosphere, drums hang neatly in the back while still powering the mammoth band forward, bass flourishes between fortifying rhythms and adding some unique flavor, all while the vocals sing of championing your own individuality before breaking into a couple of the best delivered lines I’ve heard recently: ‘I built my home on the greenest mountain/I wash my hands in the cleanest fountain/All born the same we all start with nothing’.

The two-minute mark when this bursts through my speakers is one of the most glorious moments I’ve had with music recently. Is this how the pious feel when they hear worship music, when they lift their arms up toward the sky and feel compelled to sing their love? Though I’m sure Boss Keloid‘s music is purely secular, it will, if nothing else, make you a convert to more stonery accouterments. And you know what? Much of the rest of this album is like this.

The album’s other single, “Smiling Thrush”, feels similarly immense, but keeps both feet more firmly planted in heavy territory, verging on dark and damaged. This is suitable as it’s largely influenced by guitarist Paul Swarbrick’s father who died suddenly last year. It’s structured like a folktale with a instrumentally bold opening with direct references to a thrush which is a cute little bird, but shifts to a pensive, folky section with lyrics that seem to refer to Swarbrick’s father:

‘There is a proud man waiting for me
A simple man, he grows with foot in soil – washing over us
He sits there putting colours in my eyes – I’m now able
Belligerent with strong hands on me
I’m finding flavours, focusing my time. – no pretension
Does he feel what I feel?
Canvas for me to paint’

The band uses returning weight to build out the rest of the story of this man and the thrush with some more lines that are cutting in retrospect: ‘Raise, love, memories made sense of it all/Strange, stone, sat there watching his land grow/Didn’t grow old, how can he ever take flight?‘ The music feels like watching the life of a benevolent, earth-tending giant in fast motion, seeing him age after time, moving slower until eventually he’s immobile and rests among the scenery he roamed to be forever present as a lasting memory. The final line of the song tucks away a little hope for us all: ‘I got a message from the other side, the thrush told me it’ll be alright‘.

Seeing as Boss Keloid are derived, at least in part, by groovy stoner music, it’s only fitting for some sections to be endlessly loopable and catchy, like the intro to “Cecil Succulent” which is more stripped back like the midsections of the songs covered so far. It’s delightfully proggy too which will always catch my attention, utilizing two guitars to build separate melodies of equal import simultaneously. Or what about the intro to the whole album, “Orang of Noyn”? Light and atmospheric, but boils up with the help of bubbling bass and deep vocals in a grand manner. I get chills from it still.

So much of this album feels relentlessly grounded, even as it seems to soar on heavenly levels with almost every song. The philosophy that Boss Keloid, while not exactly conceptual from what I can gather, is rooted in nature all around, making numerous references to flora and fauna alike, along with the vast world it all exists in – that we all exist in. The music really speaks to you in an affirming, calming way. This coupled with the inspirational lyrics found in each song uplifts in ways that metal doesn’t really do often. It’s like your father is a god and the most supportive parent you could ever ask for, filling your head with knowledge and positivity to achieve whatever you need to while wailing away on instruments to complement the messages and make them incomparably palatable. 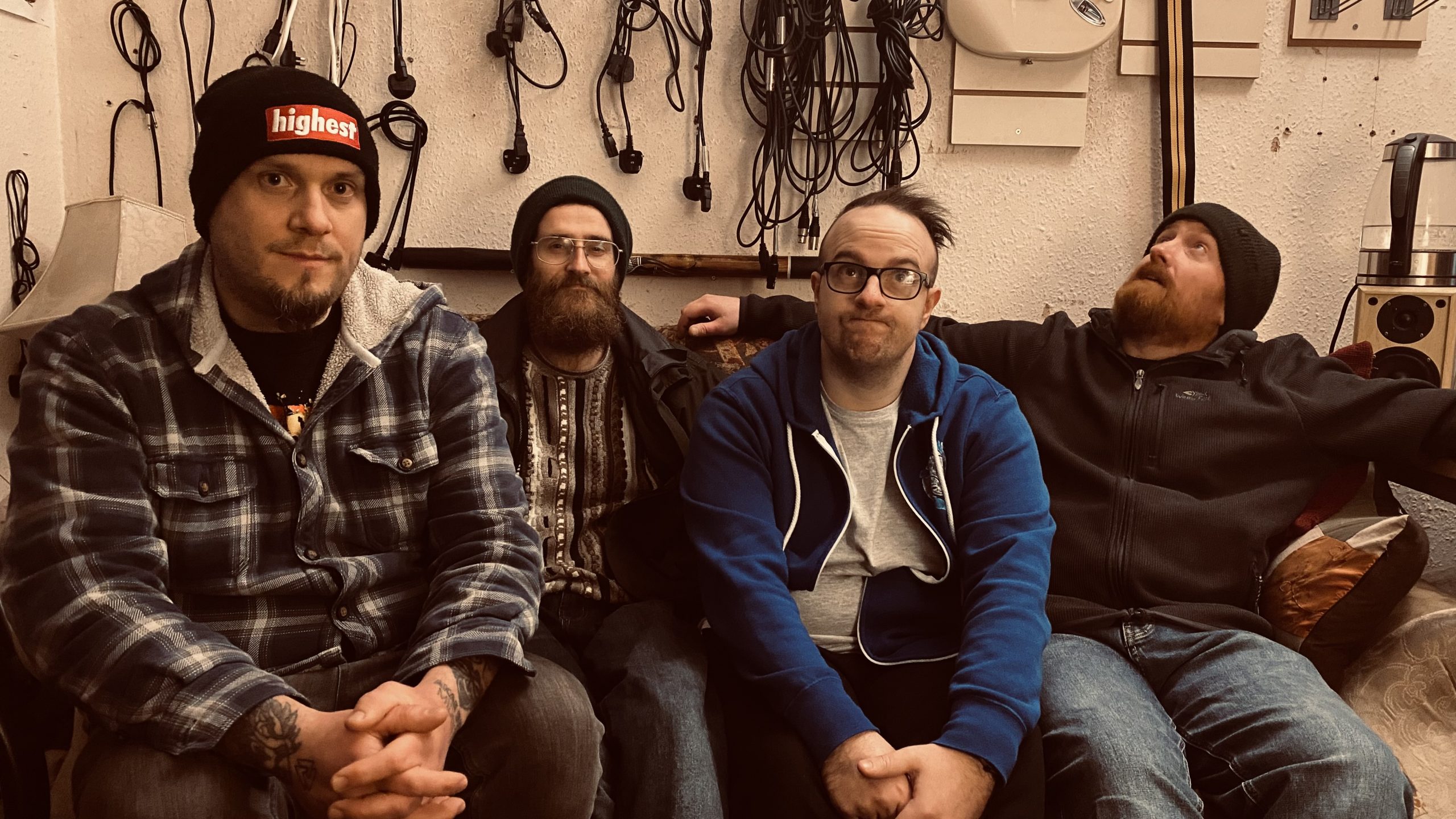 ‘Take, take your time, evolve and you’ll be fine
Break, break your mind, the pieces will refine’

Work toward bettering yourself; break free of the mental shackles that were placed on you and recognize a better way for yourself and others.

‘Your individuality breaks the mould that binds you
There is no similarity, it’s your own direction
This is a natural remedy and it lives inside you
Take all your energies and become your saviour’

You are your own person who should be appreciated as such. Don’t pursue answers from the outside when much of what will help you is within, and within you only

‘Feed your mind with generosity, the rest will follow’

Be kind to yourself, as you are to others or others are to you. You deserve it.

‘Things can be better if we talk them over
Stand up, speak, your time is now’

Don’t hold things in, speak them out to be heard because only then will problems have any chance of being solved.

Maybe this all sounds incredibly hokey to you, and fine, but Family the Smiling Thrush was wildly transcendental to me, therapeutic even. Boss Keloid seem to have mastered a sound that was made for me. It’s fun, suspenseful, riveting, and poignant, bringing me to the verge of tears more than a couple times. I could not be more grateful for the direction they moved in over the last few years, like seeing a caterpillar, fascinating on its own, shapeshift into a butterfly who blesses us with its beauty time and time again. It’s enough to place them among the greatest modern progressive/stoner metal bands and place them there I shall, but it still feels like they’re meant for something greater than that. Until then, I stand in awe.