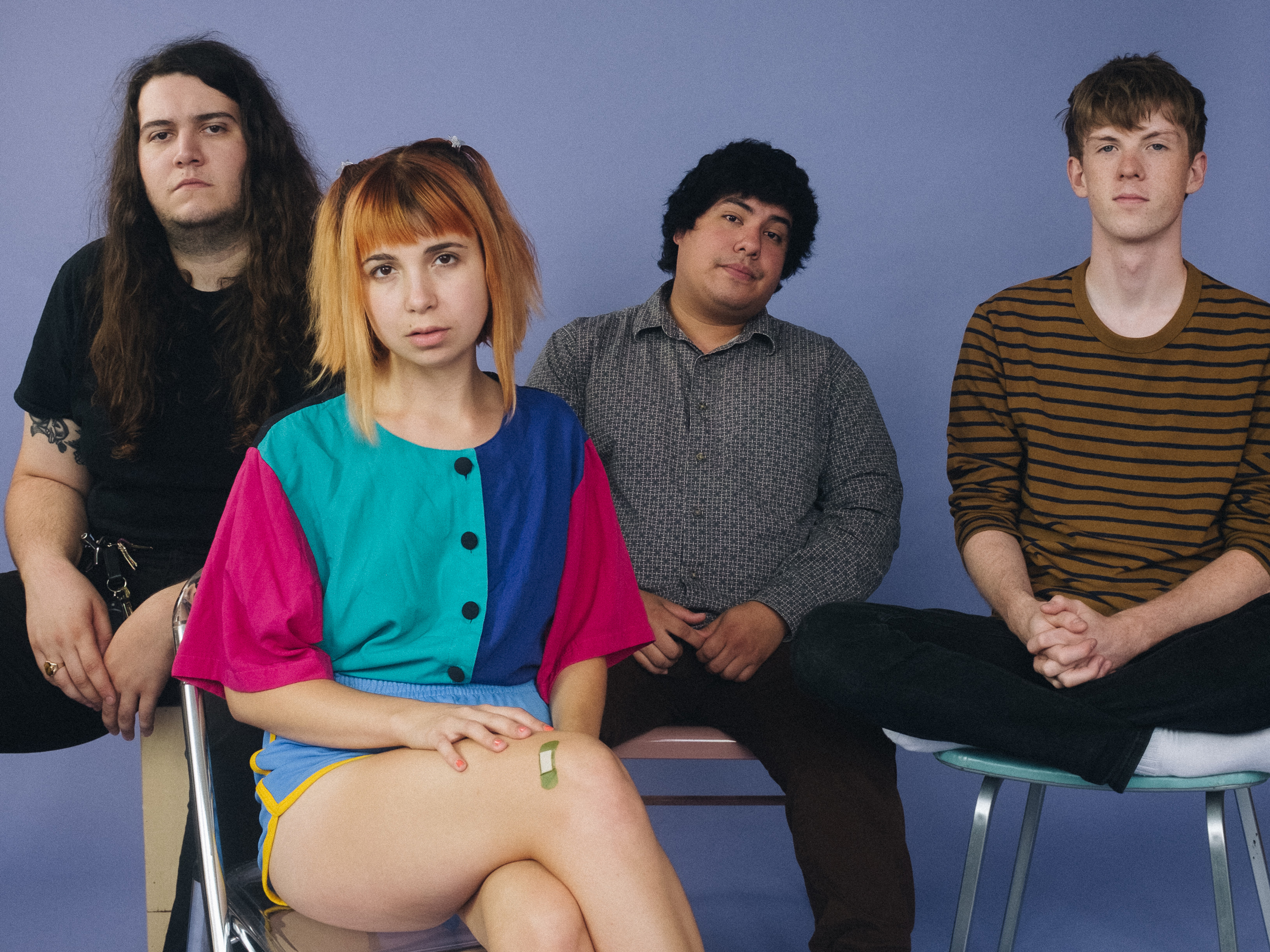 By David RodriguezFebruary 3, 2021 No Comments

No one’s to blame but Beach Bunny for showing me a good-ass time with their sunny, poppy indie music that’s fed up with ain’t-shit boys, toxic masculinity, and sexism.

Man… love, am I right? What a fickle thing it is. There’s a reason why love and relationships are the focus of around 80% of music throughout time. It’s a very relatable topic and lately, it seems like so many more facets to it are being covered more explicitly, like polyamory, love that breaks the hetero- and cisnormative ‘defaults’ our cultures tend to push, and more. It applies in one way or another to almost everyone. We’re either missing someone, loving someone, or wanting someone – mostly anyway.

If you ask me, I think there’s still a lot of ways you can make the subject entertaining. Sure, I don’t necessarily gravitate toward lovey-dovey music unless it’s done in a fun or interesting way, but that’s why I’m here, because Chicago’s Beach Bunny is making some waves in that department. With their endearing indie pop/emo sound, it’s been a treat to listen to their new EP Blame Game as it’s something I don’t delve into often.

I never had an emo phase, but I definitely heard my fair share of The Used, My Chemical Romance, and AFI in high school 15 years ago (holy shit), so while I may not be partial to the genre, I have a little soft spot for it. From the jump, it’s apparent we’re not talking the same edgy emo rock bands from my past. The melodrama and dark, Goth-adjacent tendencies are traded in for a more sincere, grounded, and cute aesthetic. Beach Bunny are just real-ass people with a song in their hearts and a message to send.

“Good Girls (Don’t Get Used)” subtly knocks on your door with lovely melodies and pristine singing from vocalist/frontwoman Lili, but the lyrics smack of unshakeable self-worth and defending personal boundaries against emotionally unavailable fuckboys that play with women like the arcade game on the EP’s purple-flushed cover. The track puts its foot down with some sass without a hint of malice and stays palatable the whole time – not that I would mind malice. The vocal harmony after the hook reminds me of something Claudio Sanchez would incorporate into a Coheed and Cambria song, so props there.

By the time you’re elbow deep in “Love Sick”, it’s apparent Lili has a lot on her mind with regards to love. This track blurs the line between being love sick or ‘sick of love‘ as she croons on the chorus, fighting an internal conflict of letting her guard down for a potential partner or staying stalwart and alone to avoid the inevitable bullshit that comes from waning love. It’s all presented with a bit of a smirk and wink:

‘Told myself that love is violent
Feelings fade and bitterness proceeds
When you’re closer, I don’t mind it
Secretly, I want you close to me‘

Told you it was cute. 🙂 Two tracks in and the EP’s reach is already far, something Lili telegraphed in a tweet by saying this EP has ‘tracks for the simps, the players, the incels, and even the gentleman‘. As someone that could have been categorized as all of these throughout my life, I appreciate that.

That edge though? It’s here in “Nice Guys”. You know the types of guys that believe in the friendzone, feigning interest in a woman’s life just to get close and hopefully smash; the ones that say ‘m’lady‘ and wear fedoras? Yeah, those nice guys. This song’s about them, and has some of the most driving, grunge-tinged instrumentation on the record while Lili ethers anyone that fits this manipulative description. As someone that used to be like this: men, y’all gotta realize you ain’t shit until you fix the shit wrong with you, then make your friends do the same. If you feel attacked by this, then it just means you gotta listen harder.

The final track – the title track, even – is probably the most cutting and sardonic of them all, but the subject demands it. “Blame Game” tackles victim blaming, sexism, and, without getting too explicit, rape culture, and how our society (from cops and judges to parents and teachers) is so quick to interrogate someone who was assaulted or violated instead of the assailant. It’s very apparent that Lili is pulling all of this from a personal place. It’s so goddamn sad that this is still a problem, something Lili herself is forthcoming with, but it’s addressed ardently and passionately as she laments the fact that she even has to:

‘Posters and TV tell me my body
Is for others’ satisfaction, get a sexual reaction
We’re taught we’re only meant to act holy
Cover up your shoulders or you might tempt somebody
Girls run home at night
When we’re leavin’ from the party
‘Cause we’re raised to trust nobody
And it’s not right to make excuses
Teach them why they shouldn’t do this
‘Stead of telling us to hide‘

For such a pointed, deliberate message, the guitars have a more gentle lilt to them here. The band smartly allows the vocals to shine above all, particularly during the hook. It feels weird getting mad at this song because of the horrid realities it brings forth as the track itself is sonically tame, but it just means you’re listening closely and that’s where Blame Game shines the most. Music is one thing, but Trojan horsing spirited, relevant content into it will always resound well with me. It’s here that the punk foundation of their indie/emo approach shows. I’ll always favor music that dares to speak its truth and that’s exactly what Beach Bunny have done here – their own way.

Yeah, y’all – Blame Game is great. It really captures that usually ephemeral, always romanticized aspect of young love, but drowns that naiveté and subverts it with the way things really are on the other side of that coin. A lot of music would leave it at that, but Beach Bunny weave in important bulletins of establishing and enforcing your agency, and undoing the shitty narratives that people are to blame for their own victimization, especially my femme-presenting pals out there. For that alone, it deserves some shine – its stellar indie pop execution elevates it even higher to a project that can be appreciated from pretty much any angle.