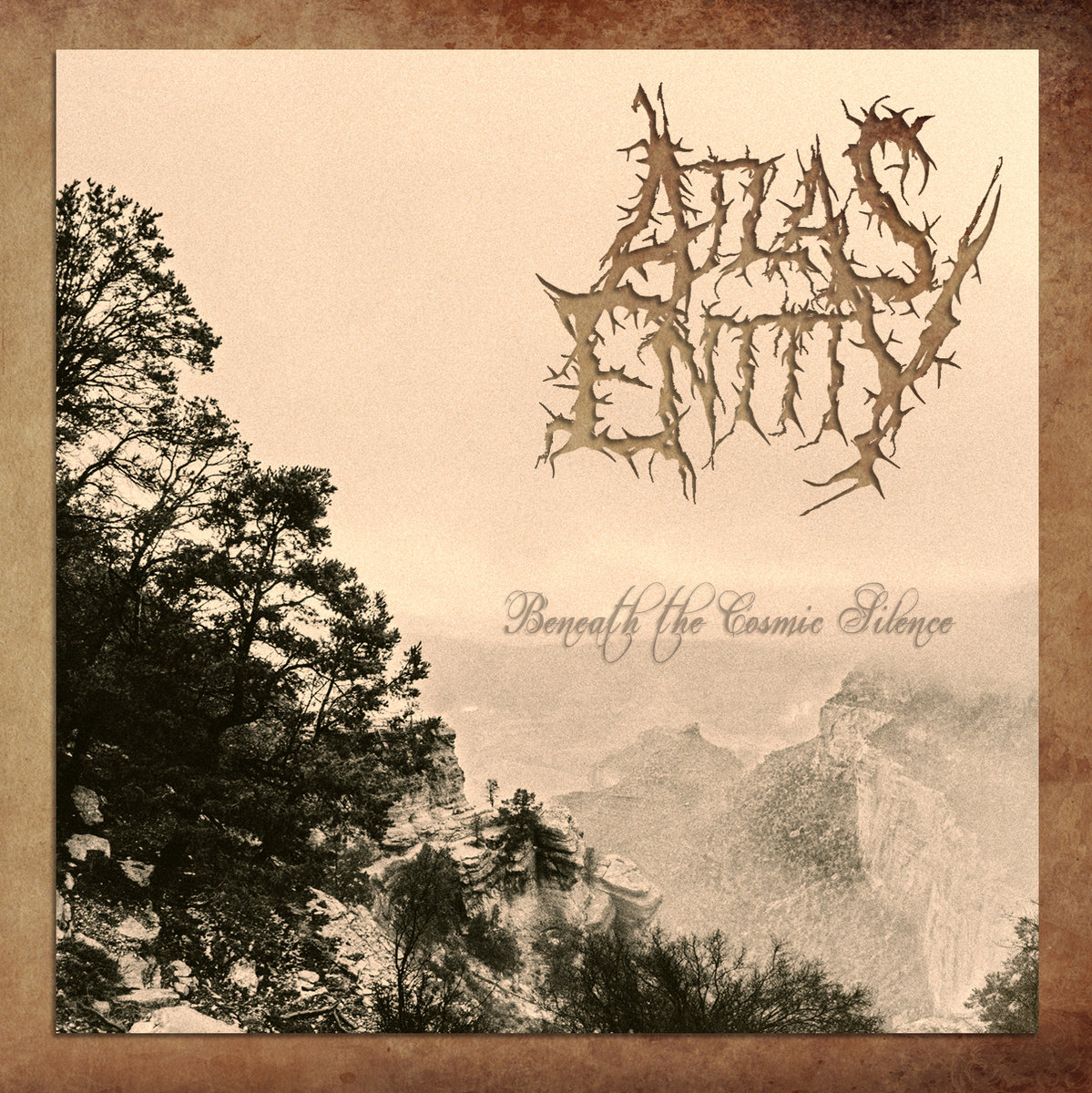 Atlas Entity – “Beneath The Cosmic Silence”

With reverence for the past while embracing the future, Atlas Entity showcase their prowess in a surprising, dynamic album.

Ah, death metal. It sure is a flexible sort, isn’t it? I tend to enjoy most flavors of the genre from the brutal to the progressive and I have a special place in my heart for bands that can balance a multitude of influences with a certain grace. I also love being surprised. With Beneath The Cosmic Silence, the latest from the (mostly) one-man project Atlas Entity, there is brutality, progressive elements, and surprises to boot. Being based in Florida no doubt lends credibility to the death metal chops of Alex Gallegos, the mastermind and multi-instrumentalist behind the band. He’s also joined by drummer extraordinaire Samus Paulicelli of Decrepit Birth and guitarist Rafael Trujillo of Obscura, who provides a solo on the final track. With most of the heavy (pun intended) lifting being done by Gallegos on the instrumentation and vocals, there’s a nice sense of cohesion that’s ever-present, but does Beneath The Cosmic Silence offer more than a glimpse into a talented mind?

One of the biggest trends in extreme metal these days is to smack some intro track at the beginning to set the tone for what’s to follow. While I often find this amusing at best and a useless roadblock at worst, Atlas Entity does something quite different here. “Adorned In Red” will be the first thing you hear when press play on this record, but it ends up being one of best instrumental intros that I’ve heard this year, if not longer. The slow acoustic guitar build, the old-school guitar tone, and the foreboding atmosphere take a reasonable three-and-a-half minutes to guide the listener into a record that is a larger reflection of itself. Thank you, Atlas Entity, thank you.

One thing that I genuinely enjoy about what’s going on with this album is the balance. There’s a myriad of approaches that are being employed to make something that sounds honestly a bit timeless, at least in terms of death metal. As I mentioned at the start, that guitar tone gives me shades of Death, but the layered clean vocals and growls is something that sounds right at home on a Rivers Of Nihil release. The two-part “In The Shadow Of The Mountain” takes all of these building blocks and constructs diverse melodies, mild technicality, and elegant progressions throughout. If you’ve been a fan of death metal since its inception, you won’t be lost among all of the modernity that’s incorporated. While these two tracks aren’t barn burners by any stretch, they properly showcase talent and artistry that’s at play. If you’re wanting a banger, you’ll only have to wait until the after the second part wraps when “Murmurs Of Dissent” and “Visions Of Gold” ramp up the technical leanings and Paulicelli’s double bass gets a workout.

There’s no shortage of dynamics on Beneath The Cosmic Silence, both within each song and the record itself. “Windswept” could be seen as a ballad, but still manages to be heavy as all hell thanks to a sweet guitar solo and the crushing drums that are an ever-present force from start to finish. The juxtaposition between old-school death and modern progressive metal remains until the very end. Perhaps the highlight of this contrast comes in the form of the final track, “Celestial Noise.” If there is a standout track to be named, it’s this one. Both featured musicians really shine and the rhythmic verses at times feel like a Ne Obliviscaris composition. It’s the proper final act for a record that needed a strong finish and helps solidify its standing as one of the most dynamic and surprising death metal records I’ve heard this year.

If there is a criticism to be levied at Beneath The Cosmic Silence, it would be that the album is best experienced as a whole, as almost no song on its own is as captivating as listening to the entire thing. Whether or not this is an issue is of course entirely up to the listener. There’s no doubt that I was surprised by how much I really liked what Atlas Entity created. With a love for the past and affinity for the future, this is something that any fan of death metal should check out.