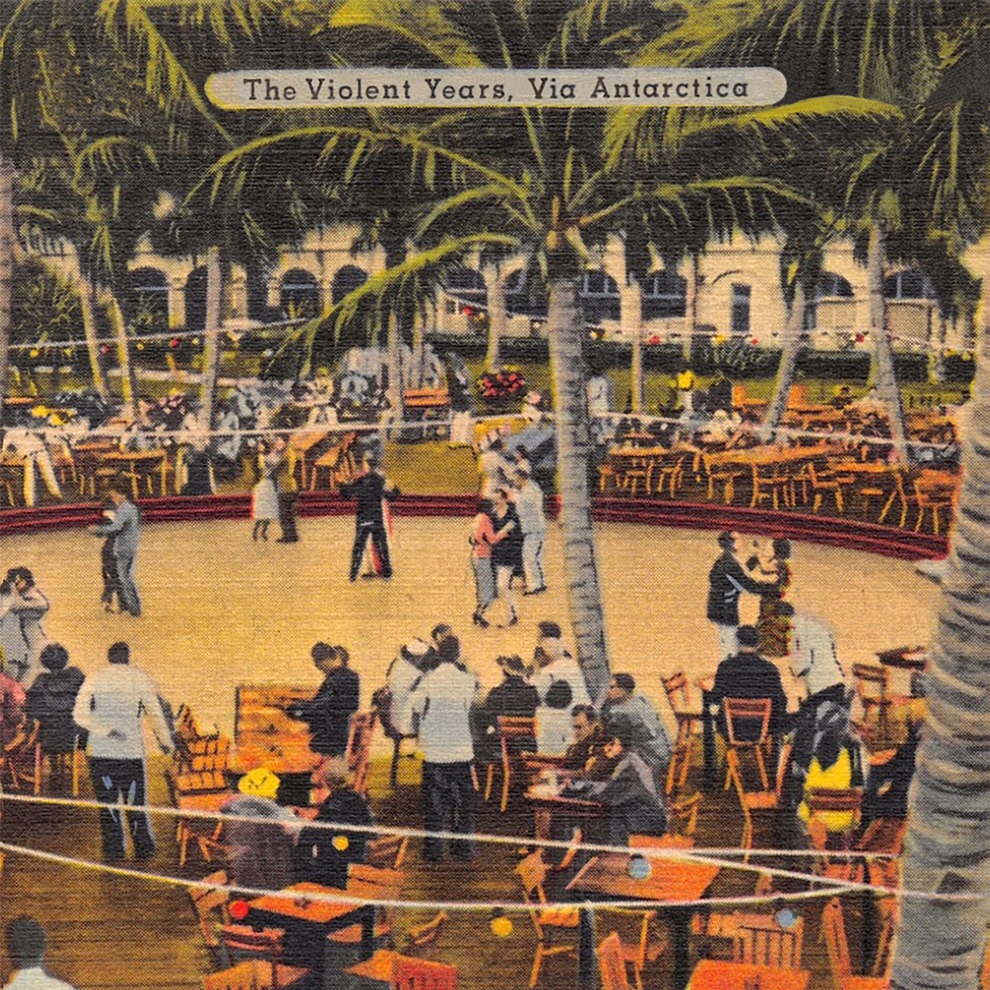 The Violent Years – “Via Antarctica”

By David RodriguezJune 7, 2019 No Comments

The Violent Years are more true to their name than they first appear, delving into the dark side of humanity with their dynamic approach to rock that is both classical and refreshing.

Noooorwaaaay! You keep blessing us with awesome music. Seems like every time I take an aural trip to Scandinavia, it’s worth it. Now we’re faced with The Violent Years, a rock quartet running the gamut of the genre in ways that will likely appeal to a wide audience, as long as they have the gall to traverse humankind’s ills. There’s just about something here for everyone – dark, bright, new, old, uh… other aesthetically pleasing opposites! There’s a good amount to dig into, so let’s get started on the journey that is Via Antarctica.

One of the most entertaining parts of Via Antarctica is how well its aesthetic straddles new and old. Most of it has a sunny disposition as if marking the launch of a fun adventure. I feel the heat of the sun radiating on me when the intro melody of “Failure” plays. It has a real joyous tone using layered vocals, gentle trumpet, and summery guitar to paint a nice picture. Many other moments like this exist elsewhere in tracks like “Stone Among Stones” which channels artists like Bruce Springsteen and even a tad of U2. Here, and maybe only here, that is considered a compliment from me.

It’s all a little more Beatles than beatnik… at first. The Violent Years still dabble in an edgier side of life; a yin and yang, if you’ll forgive that exhausted comparison. “Shots of Love” lyrically sees a man down on his luck drown his sorrows in some sexy city debauchery, searching for his own ‘den of iniquity‘. The track’s got some swing in its hips; a sultry little jaunt that would slot well into the hedonism and free expression of the 60s and 70s. Still plenty upbeat, this tonal shift is more along the lines of what the band intended on getting across to an audience. Of the album, the band says, ‘there is not much hope for the future in these stories. It’s bleak, cold and lonely. Even God is seen as a manipulative figure because he gave us this place of violence and sadness.’ Brutal.

“Praise the Rain” is where things get pretty macabre, but rooted in reality (unfortunately). It’s a dramatic, but not far-fetched lamentation of our world’s environmental crisis. It has a slight downer mood to it, fitting for the material. “New World Order” takes it a step further – apocalyptic with some religious undercurrent, this track tonally and sonically speaks to a classic rock-oriented moodiness that bands like Jefferson Airplane liked to toy with. Then the album ends with “The Plague”, which is a forlornly structured and performed track thematically about a string of grisly murders. Doesn’t get much edgier or brutal than that, but it’s relatively tasteful in execution thanks to some restraint.

All around, Via Antarctica plants its feet firmly in the center of all things rock. It’s not as annoying as that might imply, a rock band playing things safe only to flirt with things off the beaten path. To me, it’s a somewhat foreign concept, almost daring. I can’t think of a comparable band from America that walks through all these different tonal lines as well as The Violent Years does or with the variety of instrumentation that they do. Is this the power of Norway creeping into their sound? Is it a cultural thing? Regardless, it makes for an album I probably would not have given a fair listen to otherwise become a great set piece for my personally gloomy start to summer, as uplifting as it is willing to sit with you in the rain-filled potholes in the streets of life.

I rather like Via Antarctica. It has a lot going on, but it’s all very measured, purposeful, and palatable. The Violent Years imbue their music with a real fancy-free feeling that has one foot in the past and the other in the present, looking into a future filled with torment, loss, and doomed repetition of history’s worst mistakes. It’s more fun than you think! If you want some slightly progressive and varied rock to help kick off your summer – for better or worse – you’d be hard-pressed to find a more enjoyable album.