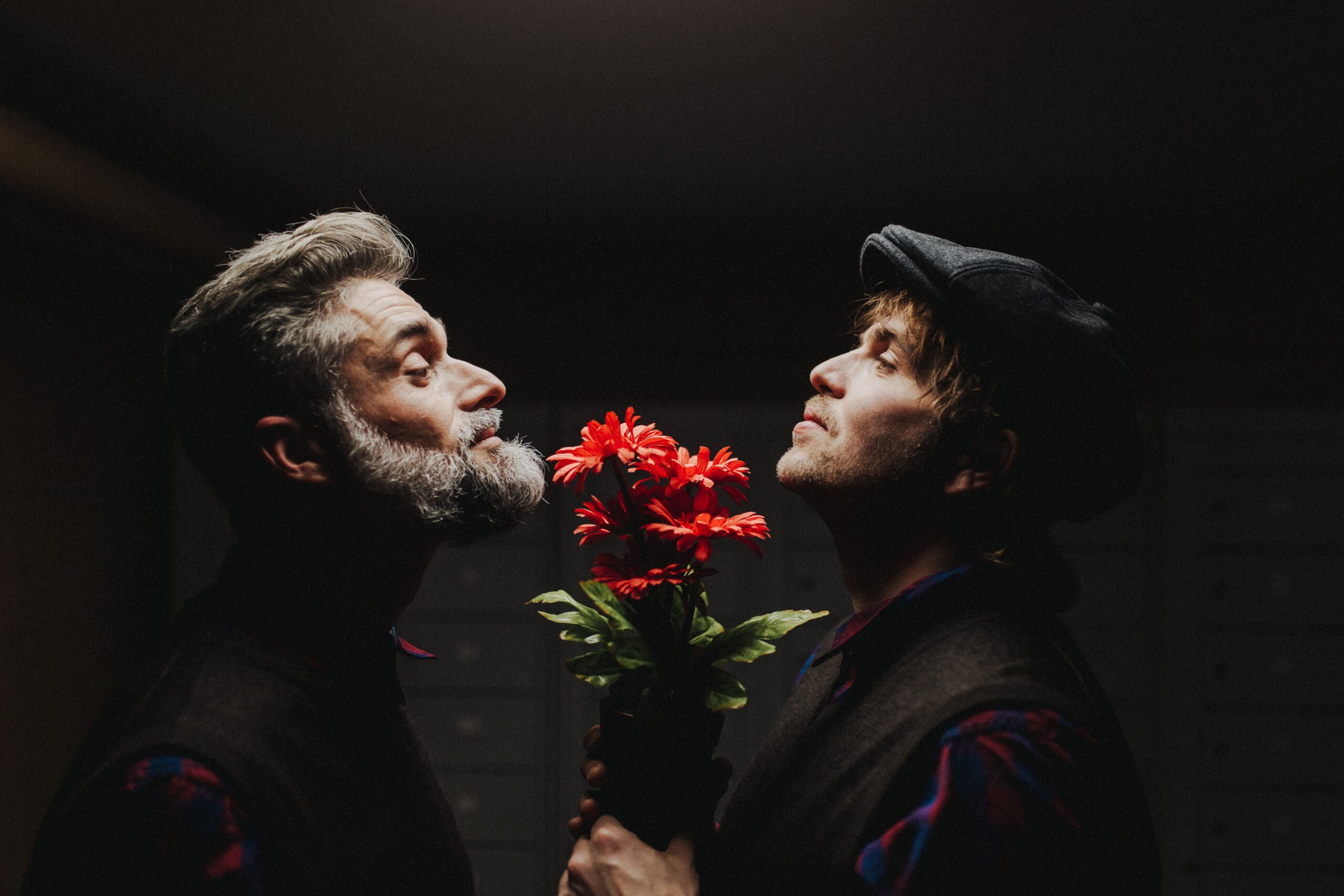 For fans of endearingly charming, gazey indie, “Southern Expressway” should be an instant hit. It was for me at least. The German duo of How I Left has just released their debut album – Birds in the City. It’s a thoughtful and heartfelt collection of 12 songs, swimming hazily through quirky indie-pop touched with a sweet and warm kiss of Americana. “Southern Expressway” is the first song I had the pleasure of hearing from this duo, and it’s the song I am excited to premiere for you today. It’s a powerful song, simple and sweet, but it has a hypnotizing way of nuzzling deep within the recesses of your brain and staying for a while. The accompanying video feels very fitting, with a minimal approach that does a great job of affecting you with nuances rather than a heavy hand.

The hazy guitar and bass is accentuated by a measured drum beat that stays light and airy, but also keeps everything rooted together in the same spot. The vocals of Julian Batz are incredibly charming. There’s an almost boyish unease to them at times, and at others there’s the sorrow and hopefulness of an aged man who has firsthand experienced the turmoil of life. The lyrics are simplistic yet incredibly efficient in their ability to be relatable: ‘But it has to get easy now/Because it needs to be easier than this‘. As “Southern Expressway” continues, it gets more of that sweet Americana edge to it. From the bit of a drawl in the vocal delivery to the bluesy basslines, there’s always a touch. However, the effortless solo that picks up around the three-minute mark is the icing on the cake. The last 60 seconds of the track are a hazy, dreamy, absolutely beautiful work of guitar playing that shows just how much the ‘less is more’ mantra can be true.

How I Left are coming in hot, or rather, temperately warm and bathed in radiant sun beams. This duo has a way of instantly making you feel at home with their music. “Southern Expressway” feels like a song I’ve heard a hundred times before, but also seems brand new and has me eagerly re-listening. There’s something soft and safe about it, while also being heart wrenching and captivating in the melancholy of it. “Southern Expressway” is a great song, and a fantastic introduction to a just emerging act that is definitely worth your attention! You can find How I Left on Facebook and Instagram for more on them. Be sure to visit the group’s Bandcamp if you’re eager to hear more from them as well.