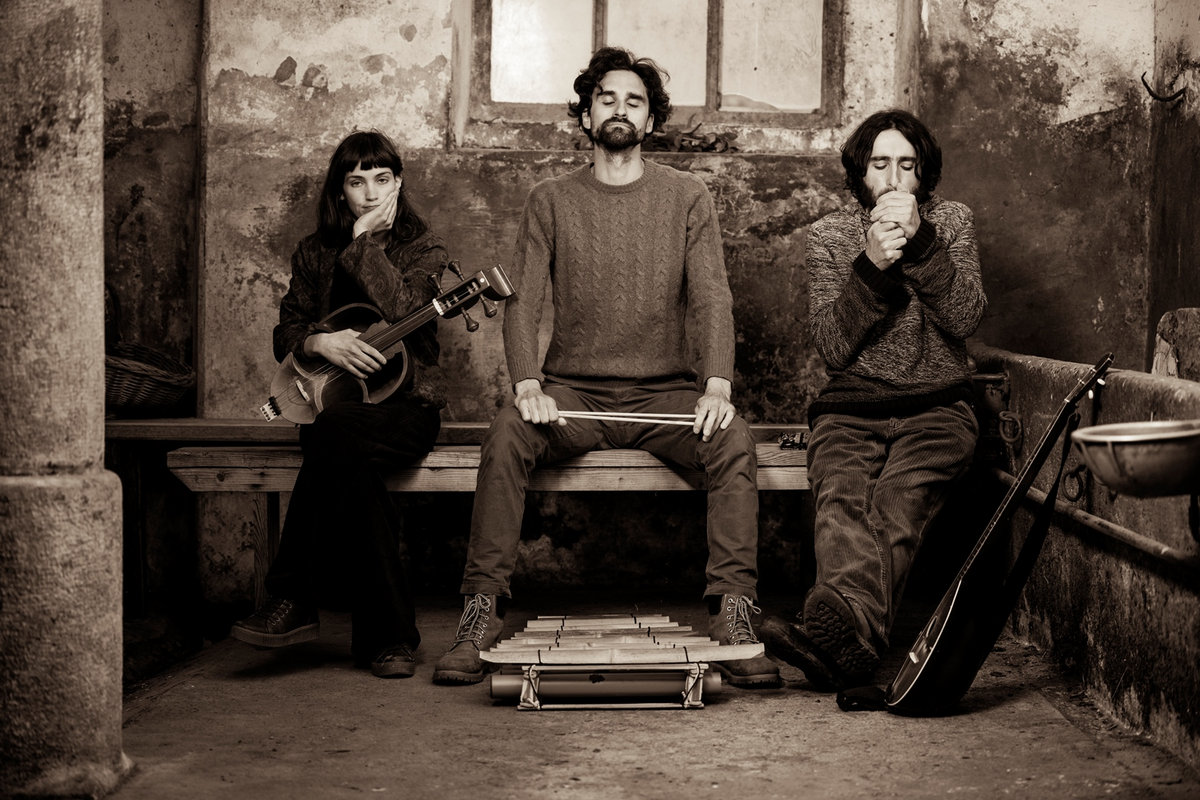 Širom – “The Liquified Throne of Simplicity”

Širom are well on their way with solidifying their unique voice. Imaginary folk might just become a thing, although it’s doubtful anyone could come near this level of authenticity.

I’m not much for folk in general, but somehow, I reviewed Širom‘s third album almost three years ago around the time it was released. That was my first contact with the band and I have since been regularly revisiting their music. It’s a kind of ethnic/folk music which really speaks to me. I am usually lost on this type of music since it appeals to a very broad and generic ethos. Širom however, transcends the mundane and the ordinary. They reach into something that has no palpable equivalent, yet surely exists somewhere ‘in the ether’ – so to speak. There are some descriptions from my first Širom review, which, could also be applied here, so I’ll try to focus more on the fresher aspects as well as other perspectives.

First and foremost, I’d like to note that Širom are pushing the envelope ever further on The Liquified Throne of Simplicity. It kind of feels weird to say that, even though it has a lot in common with A Universe that Roasts Blossoms for a Horse and it feels like a continuation, it also feels like an entirely different musical entity which has little in common with its predecessor. This sonic superposition is the part that’s really puzzling to me, but its contents aren’t far off either.

The Liquified Throne of Simplicity takes a fair part of its time going on these seemingly endless drones, which sometimes feel like rants, but in a good way. It’s like they cannot be contained. It’s odd how such hypnotic and recurrent textures can hold such an intense energy and parse such a dynamic in our direction. Their dense layering and psychedelic demeanor make for an enthralling experience, especially when coupled with the rich tones of a huge variety of instruments.

While there aren’t that many more instruments present here than on the previous record, it feels like listening to an actual orchestra, albeit a folk inclined one. That’s another one of the things that really kept me on board and created a strong engagement factor. The arrangements also aren’t all that far from how complex and thoughtfully orchestral ones would be. In this sense, I’m inclined to say that the record has a progressive feel to it, although I’m not sure that’s the right word. At any rate, “Wilted Superstition Engaged in Copulation” is a great example of this particular observation, and one hell of an album opener too.

Cruising on this ride between worlds, neck deep in the very essence of what is surreal, I noticed there are also moments which verge on the more aggressive side of dynamic. I think what really shines from that point of view is the final quarter of “Grazes, Wrinkles, Drifts into Sleep” which in a true post-rock climax/drama fashion, blooms into a boom. Another great one starts on the sixth minute of “Prods the Fire with a Bone, Rolls over with a Snake”. It’s incredibly intense and groovy, hearkening to some kind of southern metal or metalcore, only to then fizzle out with some doodling trailing in its wake.

I wouldn’t and couldn’t attempt to transform these sounds. It’s a far too arduous task and it feels to me that there’s enough here to prove that there’s so much more there. There, as in, inside the tunes, of course. Make no mistake, The Liquified Throne of Simplicity is an absolute experience and no comprehension is valid, other than the one through which you let the record consume you in its entirety. You will emerge, unscathed on the other side, with it as a permanent part of you. You will be impressed, dazzled, charmed, and ultimately enthralled, as was I.