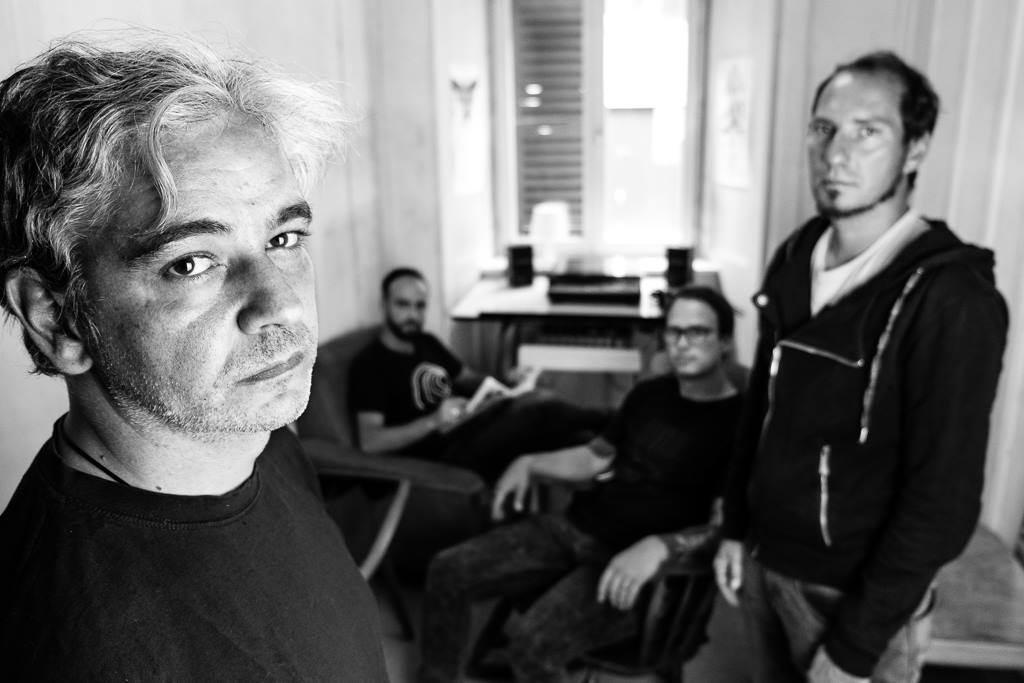 Killbody Tuning Tune Out “Our DNA” to Tease New Album

Swiss post-rock instrumentalists Killbody Tuning offer us a taste of their upcoming (November 17) Pictoral album in the form of “Our DNA”.

The song makes use of the double harmonic minor scale, the one that musicians from the Western world always go to when they want to make a melody sound ‘exotic or ‘Arabian’ (never ‘Arabic’, because that word lacks the appeal to Orientalist in-sensibilities). Killbody Tuning split it into three parts. The two ‘bookends’ sound similar, though the second one starts with a punkier feel. The middle part delights listeners with a mass of feedbacky noise that the band managed to record in one take. They were as wise in keeping the take as they were wise to include it in the first place.

Do not adjust your computer. “Our DNA” really ends like that.

Some background might explain this song a little better. Killbody Tuning describe “Our DNA” as the ‘second part of the third track of Pictoral’. Given that the track listing (below) consists of eight songs and “Our DNA” is the seventh and that all three of the last songs begin with the word ‘Our’, we can see how the tracks are grouped into longer epic-ish songs in the 70s prog tradition.

My Mother Told Me Not To Stare Into The Sun
When I Was 6 I Did
I Was Terrified
You Are Not Pure. You Cannot See God Unless You Are Pure
No…I Saw Everything
Our Fingerprints
Our DNA
Our Milky Way

Thus, we have a song fragment. Its abrupt ending makes sense in that we were supposed to hear something after it. Irrational? No, but the number behind the song and the album’s inspiration definitely is.

‘The band challenged themselves to write a totally new score, played live during a screening at a popular Swiss film festival in front of an amazed sold out audience. An hour and a half of intense music, which could not be abandoned in this mathematical maze’.

More information about the band and Pictoral (pay — or rather pi — attention to those first two letters) can be found at Killbody Tuning’s social media links below.