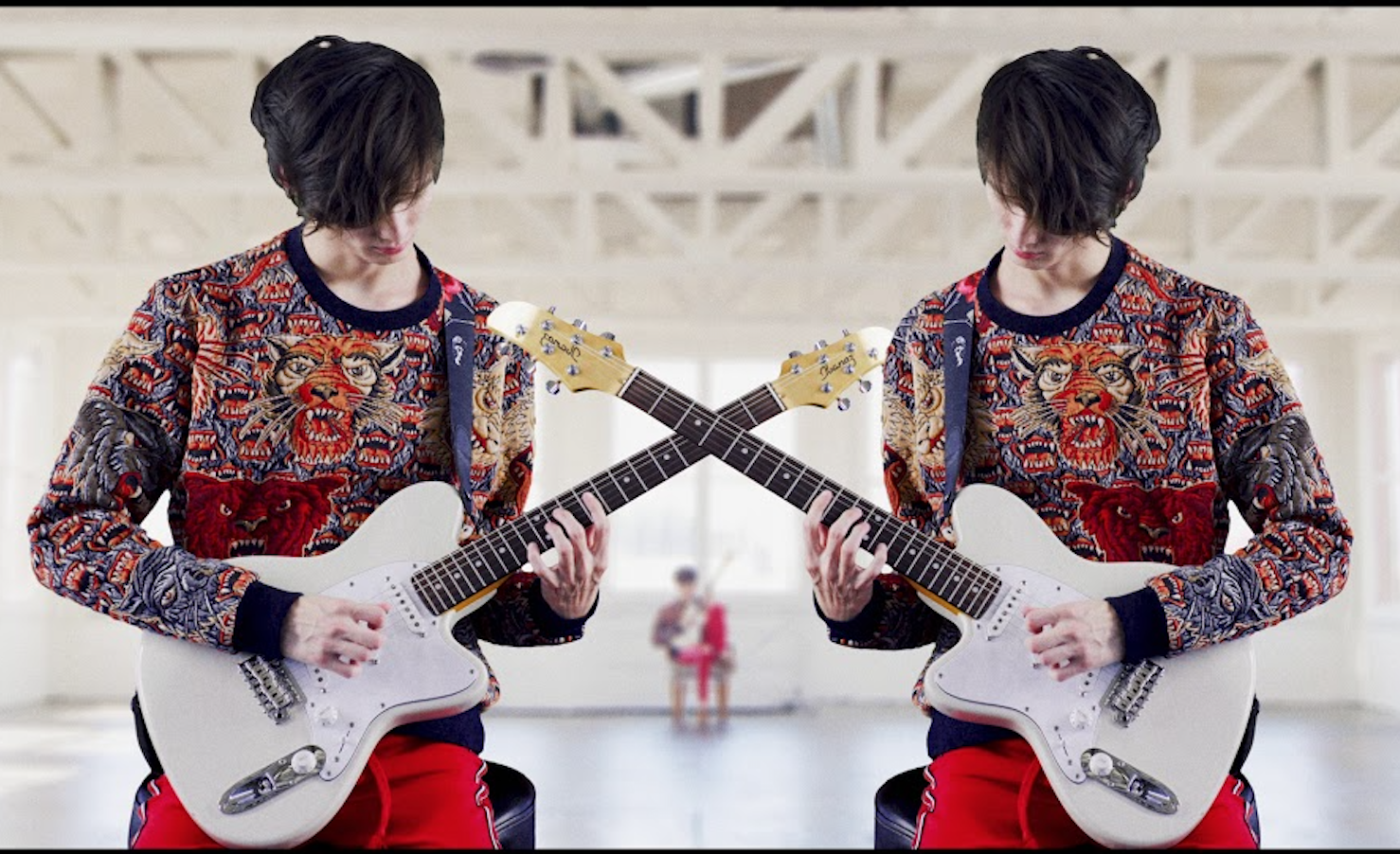 Polyphia come back at it again with a third single, entitled “Yas”, featuring Chon‘s guitarists Mario Camarena and Erick Hansel. As the day draws near for the virtousic instrumental outfit to release their full length album, New Levels New Devils, they continue to impress the world with their innovative and diverse stylistic choices through their new teaser tracks.

This particular track stands out from the other two, as it contrasts from the dark tonality of the first singles by reverting back to the bubbly pentatonic tendencies seen throughout earlier releases such as The Most Hated. It is relatively laid back from a technical standpoint, as the main section of the song skews towards the intention of creating hooks and melodies that catch the ear of the listener, which they prove to have a knack for in this song. Fitting a melancholic chord in the midst of the rather bright progression gives a nice spice and hook that pulls the listener in, while also allowing them to just have fun and enjoy the music.

The solos by Mario Camarena and Erick Hansel in this particular track really showcase how they have mastered their timbre. The ‘Chon‘ sound is very apparent and easy to detect. That being said, they both manage to fly all over the fretboard with great agility and ease, while adding nice emotive inflections through bends and sustained tones that cut through the mix like a hot knife through butter.

It is great to hear how far the music of Polyphia has come through the years. Their style has proven to mature through all of their recent singles, and will definitely pioneer a new genre of pop/trap/prog. Be sure to follow them on Facebook to stay up-to-date with their daily goings-on!