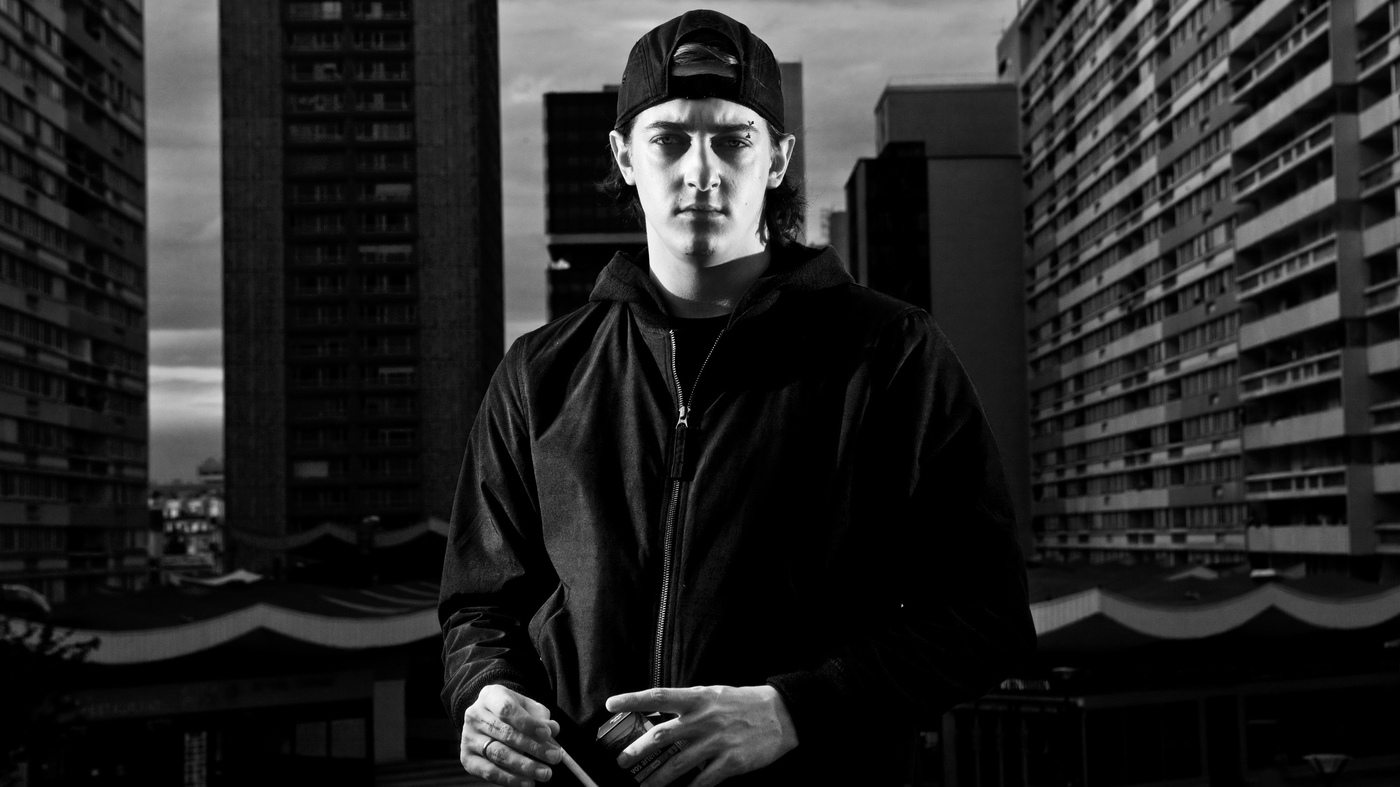 By Michael MartinSeptember 25, 2018 No Comments

If you happen to be one of the many people currently riding the synth-wave, it is likely you have heard of Perturbator. The French electronic music aficionado James Kent has been writing and performing cyberpunk-influenced (think Vangelis‘ Blade Runner or Harold Faltermeyer‘s The Running Man) electronic and synthwave music since 2012. Boasting an impressive discography containing four full-length albums, seven EPs, and a handful of singles, Perturbator has been one busy artist. Now it seems he is ready to do something a little bit different.

B-Sides and Remixes, Vol. 1, releasing November 16 through Blood Music, is the first in a two-hour, double-volume retrospective. These releases should be very exciting news for Perturbator fans, as they will contain nearly all of his early work, much of which has likely yet to be heard by listeners. As Blood Music explains:

‘This material has been disparate prior to this release, existing on random Bandcamps, Soundclouds, and other various corners of the internet. Most of this material has never seen the light of day on physical media, nor even via iTunes, Spotify, or YouTube.

This double release retrospective allows one to revisit the glory early days of synthwave through the lens of Perturbator.’

Volume one is comprised mostly of remixes of other artists’ work that Perturbator created during the inception days of synthwave. It has been a common practice (especially among electronic artists) for producers to cover or remix each others’ work in an effort to hone in on new techniques and skills, and to promote each others’ efforts of course. In other words, this album is Perturbator acknowledging and tipping his hat to a few of his fellow genre acts. Some of the artists covered on this album have made quite a name for themselves too!

Here is the tracklist for B-Sides and Remixes, Vol. 1:

What a great tracklist! It will be exciting to hear the creative spin that Perturbator puts on these already stellar songs. As of now, there are no tracks released yet, but stay tuned-in to Perturbator‘s Facebook and Bandcamp for album news, singles, tour dates, and to snag your copy of B-Sides and Remixes, Vol. 1 on November 16.