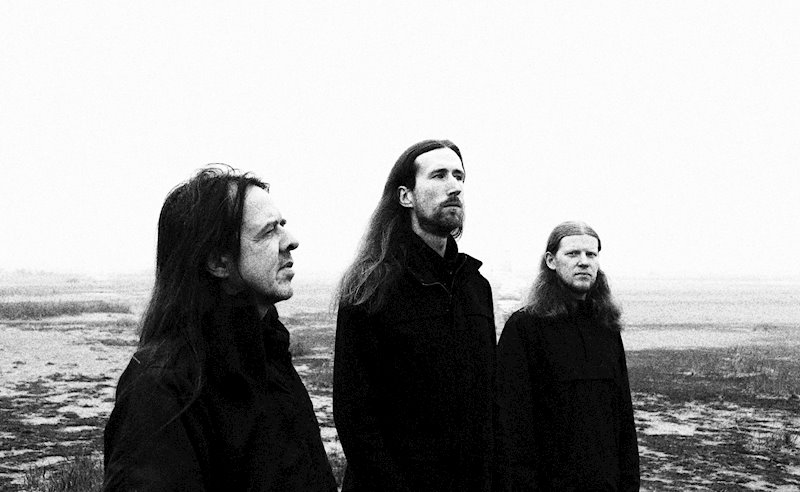 By JP PallaisNovember 1, 2022 No Comments

Gavran is a post-metal band from the Netherlands, end article. Yeah, that’s it and I know for a fact that you’re going to listen to them based on that single statement; If you know (that the best metal comes out of the northern part of Europe), you know and that is all that is needed to be said. But for the sake of doing a proper article, all that you need to know is that whatever is in the waters that far north leads to some of the finest distorted music that is conceivable. It is all that I needed to hear in order to claim my territory on this premiere in particular. What Everything Is Noise has for your ears today is yet another early, succulent delicacy that is bound to leave you salivating in anticipation for more.

This Rotterdam trio are set to release their sophomore record, Indistinct Beacon, on December 2 via Dunk!Records and I for one couldn’t be more excited to hear more as “Pesak” was my first taste and won’t be the last; that I can guarantee you. Despite being classified as two different sounds more often than not, doom and post-metal go hand in hand and when masterfully captured together as one entity, it leads to nothing short of absolute magic. As made clear in “Pesak”, the sound that you’ll hear throughout Gavran‘s auditory musings blurs the lines between doom, post, and progressive metal, bringing together the holy trinity of utterly emotive and compelling compositions that is as devastating as can be.

It wouldn’t be a proper doom/post-metal record if the songs weren’t sprawling near ten minutes each and that is exactly the case on Indistinct Beacon. On “Pesak”, we get a flashback to 40 Watt Sun‘s The Inside Room with slow burning doomy arrangements filled to the brim with despairingly bleak vocals that feel so genuinely defeated and hopeless. Couple that with dynamic instrumentals and we’re off on a wild ride that I eagerly get back in line for the moment it’s over. During the leisure strumming of the guitar, we have bloodcurdling shrieks and bellows akin to that of Amenra that make way for the eerily tenderly sung vocals to follow, soothing all your qualms. The way “Pesak” constantly evolves throughout its runtime makes this relatively long track runtime feel like a breeze as you get so sucked into the music that the indiscriminate grasp of time no longer has any power over you. Of the upcoming album, the band state:

‘Indistinct Beacon is a record that was born out of feelings of anxiety, doubt, and distress, but it is also one born into a world where those sensitivities have become far more commonplace. It presents an interesting paradox in that regard, because as the music inhabits a fairly specific niche, its themes are ones that could be seen as widely purifying in 2022. We find these relevant themes to be compelling, but the truth is that we were initially pulled into this album because it hits with purpose on a sonic level. Ideas are always important in the music we seek out, but visceral impact is paramount. Indistinct Beacon brings substantial strength and weight to the table, giving its compositions an abundant, essential impact that forges a searing impression musically. No matter where listeners choose to follow the record’s themes from there, the vehicle driving them is on rock-solid ground.‘

If “Pesak” is indicative of what is to come on Indistinct Beacon, Gavran can go ahead and take all the money in my wallet, even if it isn’t much as I am only a sad American trying to make ends meet. Even if it was my last $10, I’d still feel whole having put said money towards this crushing yet exhilarating collection of tracks. This will be a sleeper album that is bound to rock your end of the year lists at the very last second, so I implore you to check it out when it drops; it’ll be a mistake not to. Keep an eye on their socials (Facebook | Bandcamp) for more information on Indistinct Beacon as we crawl painfully slow towards its release on December 2 on Dunk!Records.