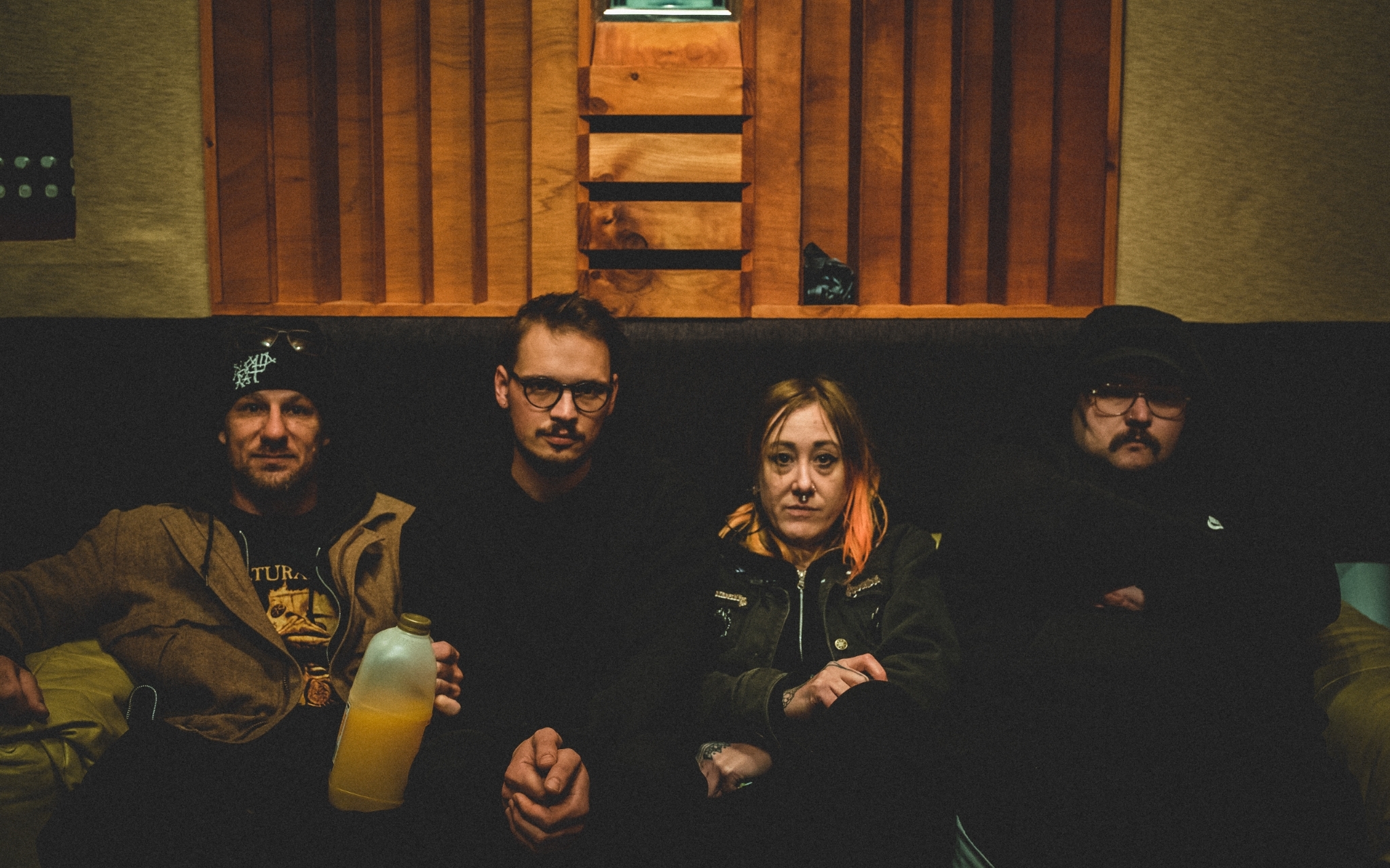 By Alex SieversNovember 24, 2021 No Comments

Australia’s Class Traitor refer to themselves as ‘desperation sludge’, and that’s pretty apt. What this quartet produce is some seriously fucking noisy and bleak sludge metal that is slow, howling, and just outright crushing – not unlike the grinding mechanical gears of late-stage capitalism and unchecked ecocides that bear down upon us all. Made up of members from other fierce Melbourne acts of the blackened, crust, and grind varieties – Munt, BØG, and Religious Observance – and operating on Wurundjeri land, Class Traitor mix noise, post-metal, and sludge into an overwhelming format. In the case of “Glass Heart”, the opening cut off their forthcoming debut album, that locomotive intensity is spread over seven heavy minutes.

Sounds of running water trickle before slowly being encroached upon by amp feedback and eerie guitar figures, as the track’s hulking instrumentals soon swallow everything whole with force. It’s almost like a musical metaphor for a metallic, cold, industrial age paving over everything that was once serene and lush. This mood is precisely what the track’s despondent greyscale music video, which we’re premiering, perfectly encapsulates. Vocalist Eric Stone wails away with pained screams before some effective low-register chants resonate near the end; guitarist Sol Laskowski (who also plays in Munt) lets his thickened guitar work ring out, letting it pummel once the track gets going; and bassist Ronnie Dixon and drummer Andrea Daniel slam together in unison with slow-moving, cement-cracking grooves for maximum effect. It’s a desolate experience, reminding me of the powerfully sludgy and doomy post-metal works that Art As Catharsis would release.

Their debut album, Calving (out December 10 via Crucible Records and limited to 200 copies on classic black vinyl), had its four hefty tracks recorded live back in April of this year, deep up in the mountains of the Dandenong Ranges amidst the state of Victoria’s lockdowns. That period of creation amongst isolation has birthed something raw but brutal for the band. It’s grim stuff, and it’ll make you feel like a withered ‘Wojak‘ in no time, complete with your own thousand-yard stare taking root.