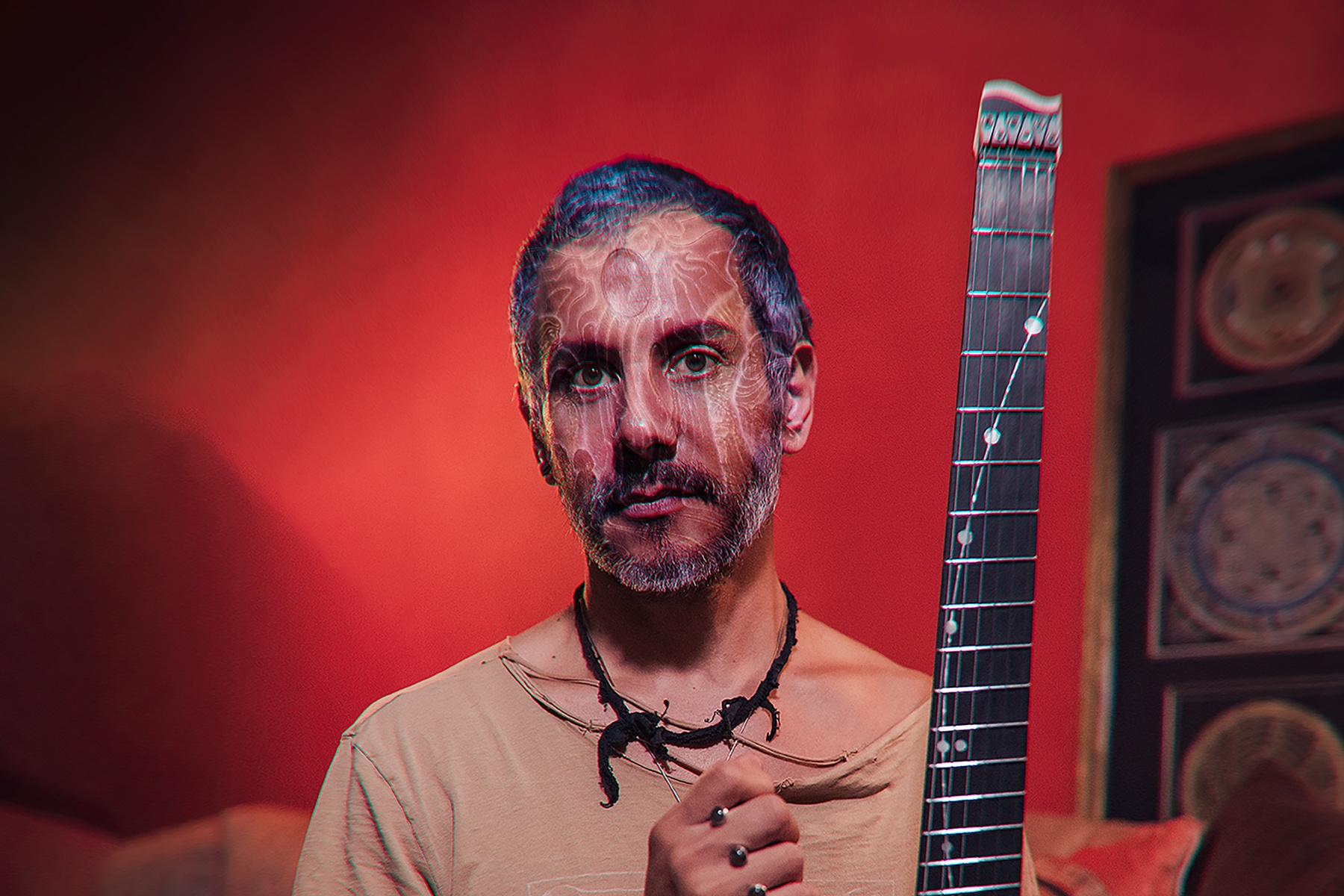 By Jake WaltersNovember 25, 2021 No Comments

Cynic are a staple progressive band that have entered legendary status in the metal community. After two tragic losses in 2020, bandleader and mastermind Paul Masvidal has emerged with Ascension Codes. Myself and editor-in-chief David paired up to complete a conversational review of this new album.

Jake: Hello, David! So I think we’ve both been listening to the same album, should we share our thoughts about it?

David: Yes, so soon since our last meeting! I think we should share thoughts again though, and boy do I have a lot of them.

J: As do I! So, everyone probably knows the album we’re referring to since they clicked this link, but for clarity, today we’re discussing Ascension Codes by prog masterminds, Cynic. So tell me, David, what’s your general history with the band? I know you’re a prog-head from time to time.

D: I am and I have an admittedly cloudy history with the band. I really didn’t get into fringe/extreme metal until about 15 years ago, and only really delved into Cynic after they released Kindly Bent to Free Us, their 2014 album. Late bloomer! But my predilection for bands like The Mars Volta and other cosmic-adjacent entities made their music grow on me over time. I know you and I share a love for them, especially Traced In Air which we both talked about for an A Scene In Retrospect episode in early 2019, but a lot has happened with and to the band since then, nearly all of it tragic beyond measure which I’m sure we’ll get into. Above all, I’m just glad to see Cynic back at it, if even for one more album.

J: You’re absolutely right, about all of that. My history with the band does indeed start with Traced In Air – which I spun twice just yesterday – and also being a fan of Death and their masterpiece Human, on which Paul Masvidal played guitar, I have a deep love for the approach to songwriting and themes that seem to pop up whenever Masvidal (and friends) put pen to paper.

D: Same, and really for me, in an underrated sense. I feel like I should love Cynic more than I let on or admit to, but at the same time Ascension Codes is doing the trick for me in a way that makes me go ‘wow, Cynic‘s really that good, huh?‘ It’s a weird feeling. I made what I will lightly call a ‘mistake’ by not really going back into the Cynic vault in preparation for this review, but in not doing so, I think it allowed me to deal with the totality and weight of this album in a bit of a vacuum, and… there’s a lot of weight.

J: Let’s get into that weight a little bit. Obviously, we don’t want to be total downers, but there’s no way to talk about Cynic in 2021 without mentioning some of the tragedy that has befallen the band in the last year, with the loss of both Sean Malone and Sean Reinert.

D: Yeah, it’s unavoidable. It’s bad enough to lose two very, very key members of your band and friends at any time, but Malone and Reinert both died last year in 2020, bookending an already terrible year with Reinert passing in January, Malone in December. I can’t even begin to imagine how Masvidal felt going into 2021.

J: Its magnitude can’t really be understated. I’m unsure when the recording and writing for Ascension Codes began given that it’s been seven years since their last LP, but it’s hard to imagine that this trauma didn’t find its way into the album. Music is very often a form of therapy and I can’t imagine that Masvidal didn’t ‘feel’ his way through the pain through music.

D: All I know is that there were apparently parts that Masvidal showed Reinert and Malone a while back that ended up on this album, likely just riffs, passages, and other sections that were eventually stitched together to form Ascension Codes. It’s worth noting that neither late musician is featured on this album – instead, Masvidal called in colleagues Matt Lynch and Dave Mackay for drums and synthesized bass/keyboards respectively. Still, you can feel the spirit of the entire Cynic core here. The mere name Ascension Codes alludes to an existence beyond ours and plays into the themes that Cynic often uses.

J: That’s a big part of the fabric of Cynic for sure: transcendence. Given all of the grief and pain that is attached to this album, there are swells of hope and confidence that are imbued in the 18 tracks. Yes, 18. That being said, a lot of them are sub-one-minute interludes that weave the songs together and let the album effortlessly glide along. I think that’s one of my biggest takeaways from Ascension Codes, the feeling of weightlessness.

D: That makes perfect sense. I saw the 18 tracks on the list and initially went ‘oh no, Paul, what are you doing?‘, but listening to everything in context and in order, it’s not bad at all. Very cinematic, very conceptual – I say this with all respect to him, but this is the most Paul Masvidal album I’ve heard. If you follow his presence online with social media, he’s a very spiritual person, finding tranquility and guidance in the tenets of yoga and other practices that keep him grounded, perhaps ironically. Those little interlude titles on the album are the actual ‘ascension codes’ themselves. The more fleshed-out tracks, or ‘songs’ if you prefer, are obviously where the meat of it all is, but everything seems to serve each other in this euphoric, communal way that, frankly, I’m not able to fully understand, but definitely appreciate as a cosmic prog fan.

J: It definitely does seem as if Masvidal is operating on a higher plane than most of us, doesn’t it? I know we music journalists say this often, but this really is an album that is a front-to-back experience. Listening to just a song or two does no justice to what Paul and company were aiming for.

D: I was literally going to say the same thing. I feel like it’s overstated and cliche to say that this album needs to be listened to in its entirety, with no distractions, as one whole experience, etc., but, really, those phrases were made for albums like this. It’s an actual cosmic journey, one that leaves you floating in an ether that you probably didn’t even know existed. Although the contents of this album flirt with the heaviness of metal, this is still a very light album in that sense – no harsh vocals, just Masvidal’s gentle croon and modulated singing; guitars with some grit to them, but not too much; jazz fusionesque drumming, and a lot of twinkling, almost cybernetic synths. And that atmosphere between tracks? Wooooo!

J: It’s a literal opus from start to finish that is quite the experience. I love all of the elements that you mentioned. The effect of all of those layers is really quite balanced throughout and is the main reason that I hate to call out one song or two that I liked from this record. I think we’re best served by complimenting the layering, songwriting, and general feel of Ascension Codes. When I think back on all of my listens, I remember how I feel, not a specific riff or lyric. Frankly, I feel that’s how Masvidal would prefer it. I know listening to this album made me feel like time stopped for a while and that I was weightless and that life with all of its ups and downs isn’t without meaning or reward.

D: I think that’s a good way to look at it. I feel the same – it was really more about the tone and emotional fallout rather than ‘this riff in this song was great‘ or ‘I really like this progressive passage here‘. Don’t get me wrong, there’s plenty of elements and sectional callouts one could make, but the whole makes those micro-moments pale in comparison. Just like the deeds we do in life can influence our end or afterlife, so do the musical moments influence how you feel at the end of Ascension Codes, and I felt pretty damn great after it all. I love it.

J: I love it too. I wasn’t sure how it would hit me in a year where my headspace has been in the more extreme sonic scale, but it’s a rewarding listen through and through and one that I do feel that I’ll be coming back to again and again. A worthy addition to the legacy of Cynic and one that I think will go down as one of their best.

D: Easily. I did say before that ‘Traced In Air is arguably their apex‘, but this challenges it very strongly. I just hate that it’s marred by the death of two legendary musicians and that Paul Masvidal was left to pick up the pieces alone. That said, I know when life gives you no peace, you make your own and I think that’s exactly what Ascension Codes is. Monumental album, a great sendoff to the Cynic name if this is indeed the last record, and one that’ll be peerless probably forever like much of their work.

J: I really couldn’t have summed it up better. Well put. So I think that we’re in agreement that Ascension Codes is a must-listen and a towering monument to the brilliance and perseverance of Paul Masvidal’s genius and resolve. Have you any other thoughts before we bow out?