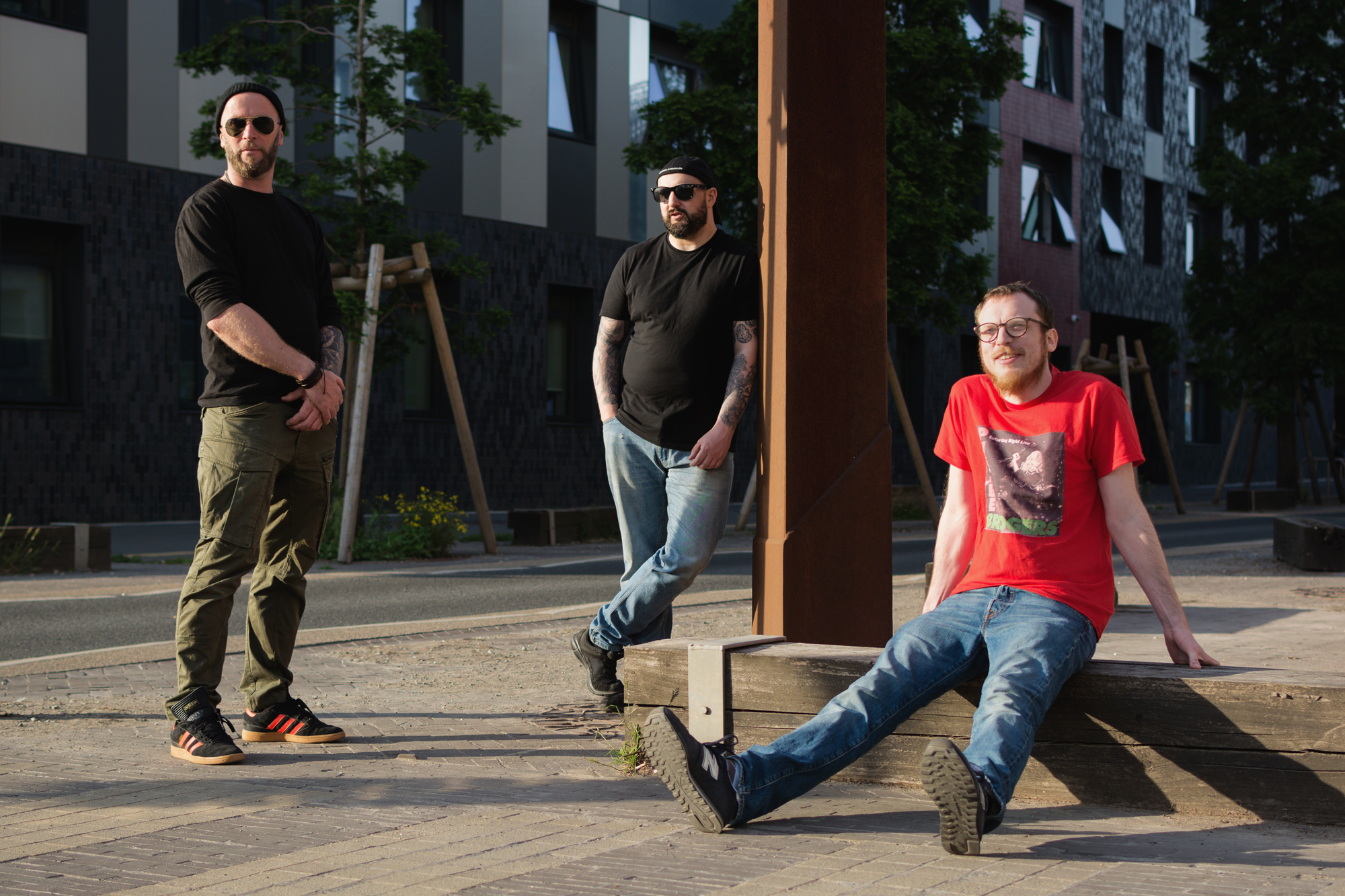 Trepanation Recordings are beginning to set somewhat of a high standard with the frequency and quality of releases coming from the UK-based label. Having this year released stellar albums from Still and Kowa Axis, amongst others, they would be forgiven for taking a step back and reflecting on their year with a smile. Not so, as today we are pleased to introduce a live session video from another of their roster – Manchester-based band AGVIRRE. In anticipation of their second record, _ _ _ _ _ _, AGVIRRE and Everything Is Noise are pleased to share with you a live version of “Urtica In Glass”, the opening track from this record.

“Urtica In Glass” is a lengthy and complex beast. A spoken sample sets the scene early in the track, with the music quiet with building melody setting the scene for the inevitable onslaught that will follow. After this initial couple of minutes, prepare to have your ears rudely awoken. Intense double kick and angst-infused vocals find a home alongside more melodic (but still brutally heavy) moments, with the interplay between guitarist and bassist particularly enjoyable in its intricacy. The band seem intent in awakening conflicting emotions within us, jumping from the chaotic to the serene continuously throughout.

The track finds itself returning to the initial onslaught of noise on numerous occasions throughout the track. Rather than feel repetitive, AGVIRRE utilise these repetitions to prepare the listener for another change of pace, of which there are many. Thanks to these frequent changes of feel, the ten minutes drift past in a blink. Whilst interesting that the band choose to premiere a live version of this track, it becomes less surprising when you see (and hear) the time and effort that has been put into polishing this song in the rehearsal room. Each member is drenched in sweat by the end of the video, having executed their part in this blend of noise – one or two of them even soaked by the time the initial spoken sample has finished. “Urtica In Glass” is a great taste of what is to come on both stage and recording in the coming months.

With the new record scheduled for release in January 2022, you are likely to hear more from AGVIRRE in the coming months. If you have enjoyed “Urtica In Glass” and look forward to hearing the studio version, in addition to further new material from the group, make sure to follow the band on Facebook, Instagram and/or Twitter. You can also check out and support previous releases via their Bandcamp page.