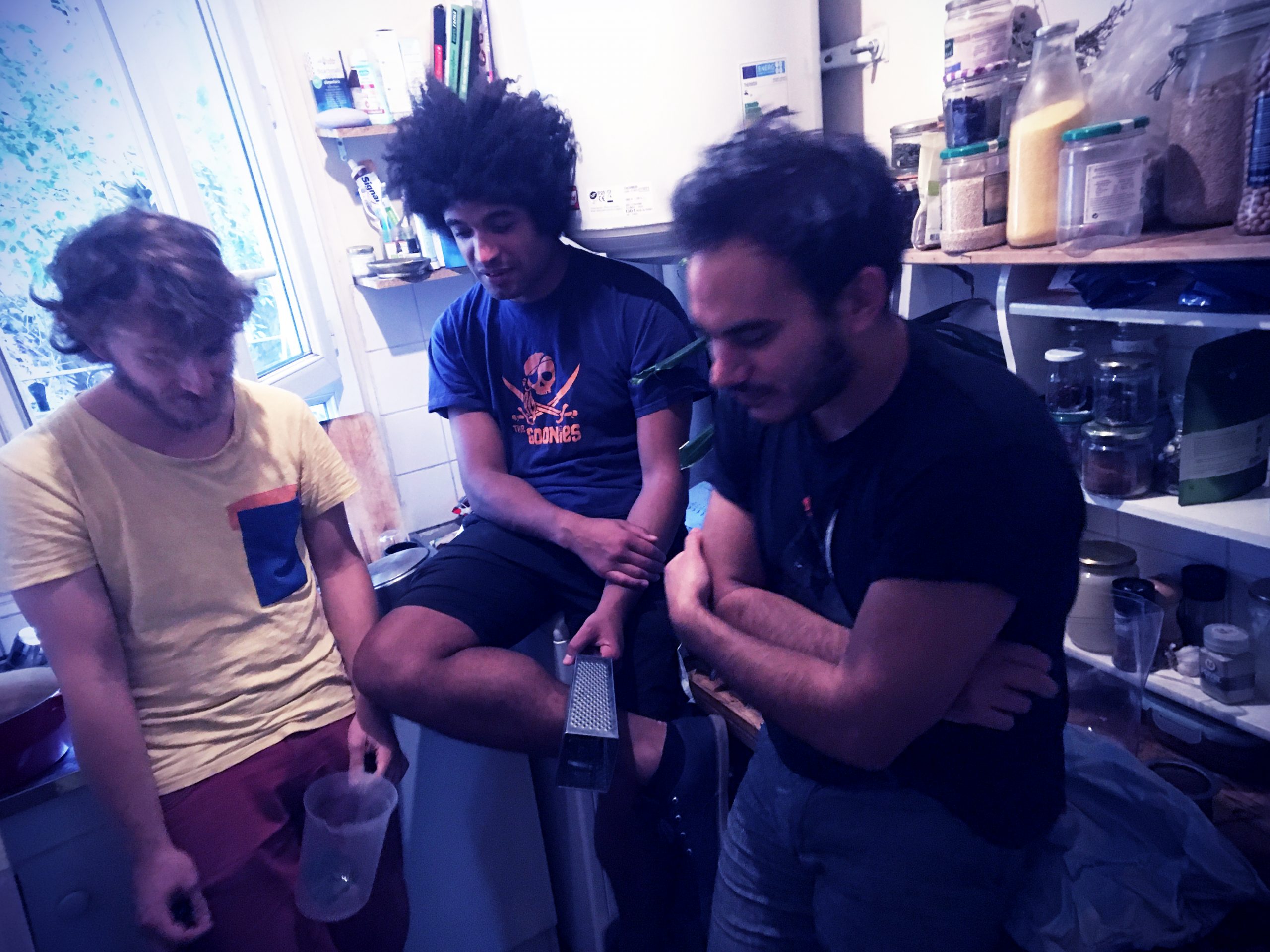 Chaos E.T. Sexual Captivate With Their Industrial Doom Sound on “Only Human Crust”

By Vidur PaliwalNovember 18, 2020 No Comments

We at Everything Is Noise are ardent supporters of music that defies genre tags. We not only take pleasure in bringing breathtaking music to you, our readers, but also enjoy the discovery of such artists for ourselves. One such unique discovery is Chaos E.T. Sexual, and we are happy to premiere their third full-length, Only Human Crust, with all of you today.

Chaos E.T. Sexual is an ambient, doom-meets-industrial noise band based out of Paris. The name of the band comes from the stage names of the three members – Chaos and E.T. are the two guitarists, and Sexual handles drums and synths. Having two albums – Ov (2012) and Ovna (2013) – under the belt, the trio has taken the time to hone their skills and craft the compositions on Only Human Crust. The result is an engaging, addictive album built on a dark and eerie atmosphere, with a rich layering of trip-hop, noise rock, and post-metal influences. The album comes out this Friday, November 20, on French label Chien Noir, but can be heard in its entirety below.

The band describes their music as an outlook on the modern world’s chaos and darkness, and this dystopian theme runs amok across the nine songs on Only Human Crust. “Tumulte” does not cause the commotion one would expect from the title, instead choosing to drag the listener through a post-metallic, dystopian Godflesh drone territory. But Chaos E.T. Sexual are not one to stick to a bleak sound for 55 minutes. “1674 – Now : Many Thousand Gone” sees the band deconstruct the post-metal, drone sound and remix it with more synth elements, giving it a futuristic, upbeat sci-fi vibe akin to their fellow countrymen in OddZoo.

It goes without saying, what Chaos E.T. Sexual have crafted is not only original but also quite captivating. Despite being different in structure and composition, there is a flow across the songs that guides the listeners. Where the pacing of “El Dorado” is dictated almost entirely by the intricate drumming, the melodic guitars layered atop it ensure a smooth transition into “Solace Exhaust.” Only Human Crust is full of such clever songwriting tricks, with an engaging listen releasing your attention to different layers and movements of the instrumentation that make it such a beautiful album to behold.

Only Human Crust releases November 20, on Chien Noir. If you liked what you read and heard above, do not forget to support the band by buying a digital/physical copy on Bandcamp. Also, do not forget to follow Chaos E.T. Sexual on Facebook and Instagram for updates on new music and (hopefully soon) touring schedules.