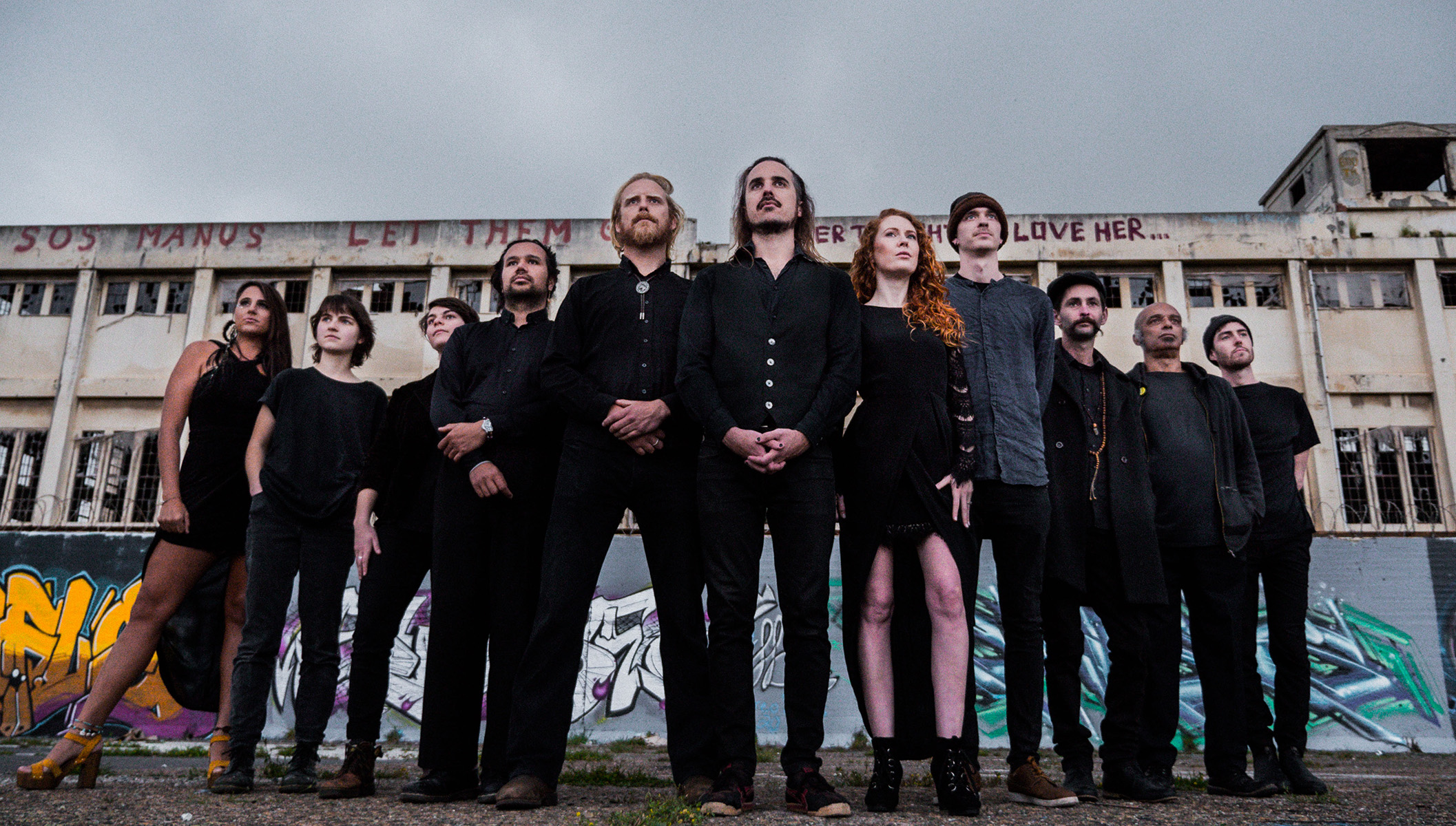 By Robert MiklosNovember 19, 2020 No Comments

Selfless Orchestra acquaint us with a deeply emotional journey over the course of Great Barrier.

Let me start off by saying that I already talked about Selfless Orchestra. I wrote about their music video for “Time Is a Flower Part I (The Dream Refused to Stay the Same)” and if you already read that article, you have a vague idea of what this will all be about. For those of you who haven’t heard about Selfless Orchestra, it’s a band from Australia that’s basically a small orchestra. I’m not even reaching here since the band is comprised of eleven members and some of them actually play in orchestras. They perform a blend of post-rock that stands out with its diverse instrumentation laced with various symphonic elements.

Great Barrier aims to raise further awareness regarding the ways in which humankind’s folly is actively contributing to the demise of the environment. Since it is an instrumental album this is entirely conveyed by the band through song titles and their addendums in regard to the record’s message. Considering that a lot of albums out there tend to lack some cohesive concept behind them, this is quite refreshing, more so since the threats our environment is facing still seem to be unheard or deemed weightless.

The record – just like its leitmotif, nature – exists on a massive and diverse scale. An hour isn’t a massive scale for the length of a record, although looking at most albums it’s a healthy length. This massiveness and diversity I reference is found mostly within the emotive cues of the sonic content. Every song feels like a smaller river emptying itself into a larger one, namely the album itself, kind of like microsymphonies flowing into one another creating one proper symphony. At the same time, each song retains something of the character of the album when viewed as a whole. The vast expanse that is being traversed is conveyed with power through most of the songs.

For example, the aforementioned “Time Is a Flower” (both parts) come together feeling as the title of the opener would imply: boundless, measureless. This sense of something larger than life is attained through what I can only imagine is a deliberate and carefully crafted exploration of textures. Almost effortlessly simple and ingenious in its idea, matching the mechanisms of nature, it works by overlapping many simpler layers which increase in amplitude and shift ever so slowly in tone. This method of expanding on textures is a tried and tested idea, yet it is beautifully executed. Similarly we see “False Bodies” and “Beyond All Illusion” (both parts for each) engaging in this direction, albeit with more contrast and diversity.

While I could imagine the record without any breathers and something of a more linear delivery, I’m happy to see tracks such as “The Luxury of Doing Nothing Very Much At All”, “Inharmonicity”, and “A Certain Energy Future”. To those who wouldn’t know about the album’s concept before listening to it, it would provide a certain set of nudges that would give the listener some clues to what exactly is the whole thing going for. I would also like to point out that while the way the album is mixed and mastered feels fairly rough, I can’t say I’m bothered by this, since I usually have fairly high expectations on this angle. It’s somewhat fitting that we’re greeted with a raw sound, whether this was intentional or not, as it bodes well with the fact that nature itself is (or at least should be) raw and unpolished itself.

The variety of instrumentation and the level of experimentation with it is satisfying too, although I hope to see this advance in the future. When listening carefully, you could see that everyone in the band has a part and does their part very well. However, when listening to the album several times, it will feel like the violin and the unintelligible vocal lines will dominate over the guitars and drums with an occasional quip from the keyboards. Not that I would mind this in any way, I just deemed it necessary to take note of this fact. As with the aforementioned, I hope to see this being refined in the future, but given with the amount of talent that’s present, I’m almost certain that’s the natural direction it will follow. I just can’t think of a good place to mention this so here’s as good as any place. The overall vibe of the record reminds me in certain ways of some early Maybeshewill songs. I absolutely love that.

I’d love to delve in on the emotional contents of the record at length, however, there’s not enough room for that. I can’t really properly immortalize the sense of scale which is being portrayed. It’s not only the sheer volume or size that I’m referring to, but also the fact that it’s interwoven with a feeling of mystery, grandeur, melancholy, darkness, and something that borders between sadness and resignation. It’s quite difficult to pin down in a more condensed form what exactly is going on, mainly due to how well all of these feelings are being mixed together. They melt together in a unitary whole which appears as a monolithic slab in front of us.

All in all, Great Barrier is an awesome album. It’s definitely one of the highlights of this year, regardless of genre. It’s quite lovely to see such visions executed at this level. Selfless Orchestra crafted one of the most compelling works of its kind out there. It’s truly a marvelous experience and I wholeheartedly recommend it to everyone and I really have no idea what I could add any further at this point.