The multi-venue progressive metal festival, Progfest, has just announced the dates and lineup for their 2019 event. Featuring over 40 bands, in three different cities, this is a great chance for anyone in the southern hemisphere to see some world class acts. 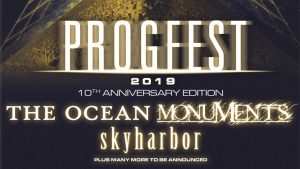 The lineup is pretty extensive and changes depending on the venue, but some key headlining acts include international names such as The Ocean, Monuments and Skyharbour alongside locally grown exports from both Australia and New Zealand. These include Circles, Chaos Divine, Opus Of A Machine and Glass Ocean from Australia and City of Souls and Toehinder from New Zealand.

As the festival is held over three different venues in three different cities, the headliners listed above stay the same, but the support bands are different each time. The details for the 3 shows are:

Monday January 8 – The Valley Drive In / The Brightside, Brisbane

In addition to the festival, both The Ocean and Monuments are playing additional shows later in January that you might want to check out: 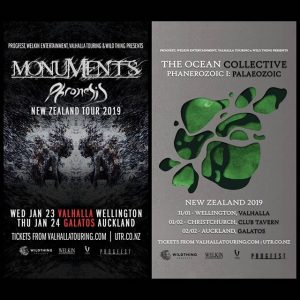 The prog scene is alive and healthy down here and it’s thanks to events like Progfest, now celebrating its 10th year, that we can enjoy world class acts such as these.

To book your tickets for any of these shows, head over to Wild Thing Presents here.