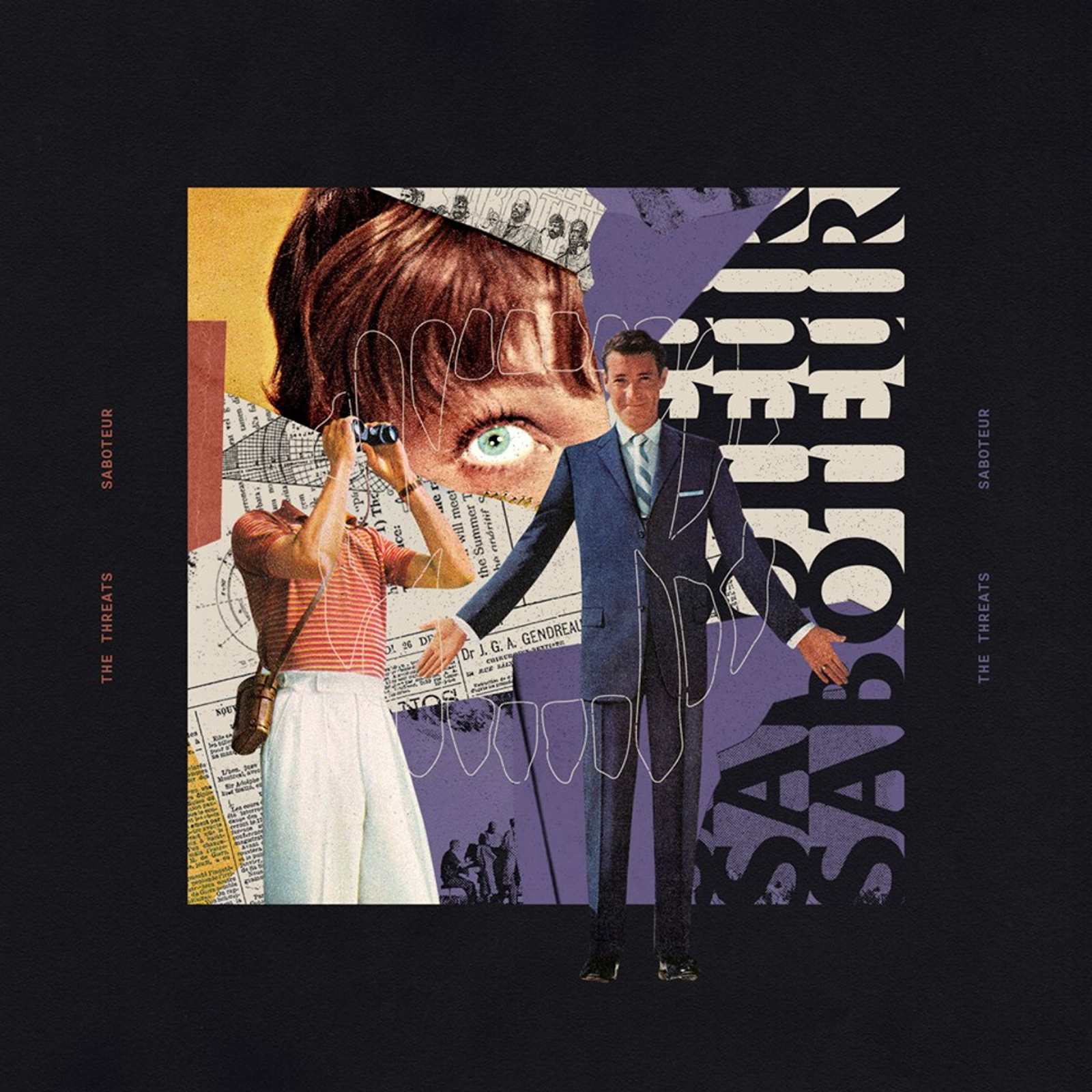 By Spencer AdamsNovember 14, 2018 No Comments

The Threats make their mark with an addictive debut. With its brash and unrelenting sound, Saboteur is a pull-no-punches brawl that will leave you wanting more.

If ever I thought there could be a spiritual successor to Every Time I Die, the first band to come to my mind would be The Threats. A confident and chaotic style shines on each of their tracks. There is a strong southern rock sound similar to other bands like Maylene and the Sons of Disaster that informs the quintet’s work. Hailing from Atlanta, Georgia, The Threats have a very brief history. Beginning recently, in September of 2017 to be exact, the members came together after the dissolve of The Chariot, a band vocalist Bryan Taylor, drummer David Kennedy, and guitarist Jon Terry were previously members of. Their time spent with the group has shaped the sound that this new band has cultivated on their first outing, Saboteur.

One of my personal favorite aspects of Saboteur is how welcoming it feels; there is a great deal of familiarity within the songs. This is to be expected, given the members’ history. With many first outings from bands, there can be an experimentation of styles, trying to find what fits for them, but The Threats obviously knew what kind of sound they were looking for. Distortion in the guitars is not too high to drown out the more complex, fun parts, and the drums aren’t trying to do too much and work against the song as a whole. Taylor’s vocals feel right at home, with just as much harshness as clarity to them. As a whole, the album works together to form a cohesive juggernaut of a debut for the band.

Giving the listener no pause, Saboteur starts off abrupt and heavy. The southern rock roots sprout right away as the guitars twang, leading into Taylor’s raspy vocals. Immediately the superb production quality can be heard. “The Wrong Man” perfectly captures the ‘organized chaos’ found throughout the rest of the album. Its lyrical themes are very reminiscent of ETID, with some parts conflicting others in an entertaining way. I could easily call “The Wrong Man” one of the more formulaic tracks on the album, yet it doesn’t take away from the overall strength of Saboteur as a whole.

Probably my favorite track on the album, “Rich and Strange” is the true culmination of The Threats‘s inspirations. With one of the more rare cleanly sung sections, the song is equal parts upbeat and foreboding. The breakdown midway through is likely my favorite part of Saboteur. Once again, it’s nothing new or particularly inventive; it is, however, incredibly catchy, and no matter what I did, I couldn’t resist banging my head a little every time I heard it. Following this, there is a section that I could easily see being in an ETID song, thanks to its driving chord progression and familiar lyrical concept. The Threats still have not strayed away from their comfort zone with “Rich and Strange”, but there is still so much gratification to be found in songs like this.

Saboteur is an incredibly fun album that I know will have ample playtime in my future, but I am having a hard time placing it on my AOTY list. While it is boisterous and even groovy at times, it isn’t pushing any boundaries. The Threats have found themselves a comfortable niche in what they have; however, they do not expand past the roots they grew from. It truly does feel like many of the tracks could be a combination of Every Time I Die and The Chariot, with some neat accents thrown into a few songs to try to make it their own. This is not to detract from the immense enjoyment that is Saboteur. There is incredibly promise coming from this release, and I hope to see The Threats begin to grow their own style with their next project and truly blow me away.