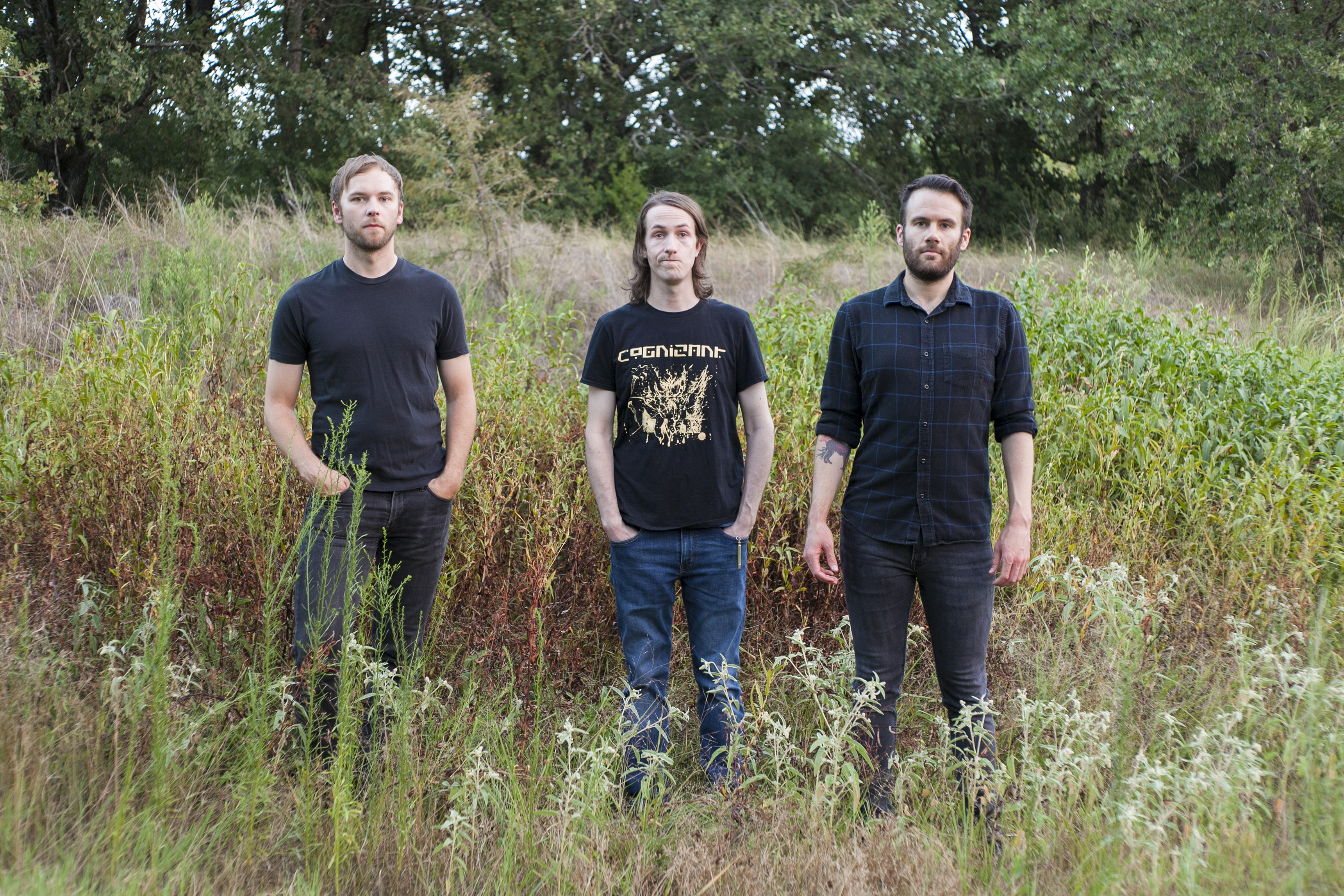 Baring Teeth have build an abstract monument for themselves that exists between transcended lucidity and crushing void ritualistics.

When playing role-playing games I always choose the magic class. Druids, wizards, warlords; they’re all my favorites. The thought of a higher power in the universe that moves through all things is very interesting to me, and when you bring in certain boundaries, I’m sold. Why do I tell you this? Because Baring Teeth bring a little bit of higher power to our world. Their record, Transitive Savagery, is a display of meditative violence, dissonance wrapped in atmosphere, and calm.

Let’s talk about one of my favorite tracks on the record, “Vertiginous Noise”. Gritty distortion and slow, rolling drum beats introduce us to this track. Instantly noticeable is the rich overdrive of the guitar and how well the drum sits in the mix. In fact, the symbiotic relationship between the drum and the guitar is one of the things that make this record so good. While the hi-hats sit relatively far in the front of the mix, the way the band intertwines them with the dissonant, at times even shrill, melodies works perfect. Of course, no mix is complete without a good bass, adding a much needed cohesion between the drum and guitar. Like a tribal song used to sooth the shaman into a trance, the instrumentation needs a few seconds to come together and unfold its hypnotic dance. As soon as the vocals kick in, this ritual takes shape.

The bass begins playing an octave lower giving the song a three-dimensional feel and depth. Then, suddenly, the first melodic run is brought forth. Chromatic notes contort themselves to end on harsh tritones, pauses in between notes give the licks an organic feel, almost as if this song is a creature of its own, needing to breathe. It thrashes only shortly before descending back into its trance.

In the middle of the song, we encounter my favorite state of this exercise of hallucinatory anger: the guitar plays long, lush melodies in diminished shapes, while the bass sets the right accents through counter melodies. Relatively long pauses follow these feats of lucidity, giving the listener the chance to retreat into themselves.

It’s not an easy feat to combine such a brutal and unforgiving sound with abstract atmospheres. After all, atmosphere is as much about the notes you don’t play as about the ones you do. On the other hand, death metal is mostly about playing all the notes. But the right accents and dynamic feel for when to apply a certain level of technicality is a lesson we can learn from listening to Baring Teeth.

Sadly, this seems to be a lesson the band themselves could study more. The first three tracks (two if you don’t count the minute-and-a-half intro) suffer from overcrowded melodies, numbing harshness, and songwriting that appears to be too straightforward for their own good. “An Abstracted Mind” is a barrage of noise from start to finish. Don’t get me wrong, I love noise, especially some of the noise presented on here, but never does the band seem to have this superior sense of atmosphere or fantastic skill of writing melodies through rhythm alone.

Transitive Savagery is a record I have loved reviewing and had a lot of fun with. Sadly, this fun was a bit held back by the first few tracks, which fall out of line with the shining image the band has build during the course of this release. This isn’t to say that you should stay away, because the majority of it is still an epic of modern death metal and I will surely enjoy it for the remainder of the year.