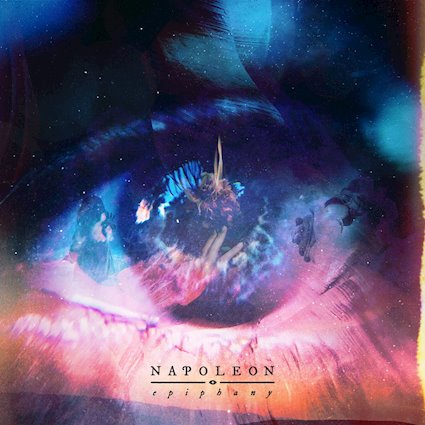 Napoleon “Ignite” the Weekend with a New Single and Album Announcement

By Rodney FuchsSeptember 7, 2018 No Comments

Two years ago, the UK-based ‘melodiposi’-hardcore act Napoleon released their debut album, Newborn Mind. It delivered a very catchy mixture of progressive metalcore, positive-sounding instrumental wankery, and hardcore-driven energy. Napoleon subsequently toured a lot in Europe, and now they are back with some fresh material! Here it is: the very first new single, “Ignite”!

“Ignite” starts with a very Intervals-y section, very dry vocals, and a slow-paced tempo. There’s a lot of riffing going on, and the overall dry sound makes me think that the band could’ve added a bit of ‘wetness’, at least in my opinion. This new song pretty much adds to each of the aspects Napoleon already delivered on Newborn Mind. It might sound weird, but they sound like an instrumental prog metal act with hardcore vocals nowadays; there’s plenty of riffing, groove, a guitar solo, and a very noticeable guitar-centric slant to be found throughout the song. If you loved the band for these things in the past, you will surely love “Ignite” as well. A clean mid-section part adds some nice melody lines vocal-wise, but it lacks a bit in emotion.

I don’t know why, but the overall sound of this song really dissappoints me. The production sounds super one-dimensinal compared to the band’s earlier work. Despite the fact that it’s very well-differentiated, the lack of a second guitar makes it sound super empty. The aforementioned lack of emotion adds to the song being somewhat lackluster, making it feel more like a product than anything else. Let’s see how the rest of the album will work out.

Napoleon‘s new album Epiphany will be released on November 2nd via Basick Records. Make sure to get on the band’s Facebook page and let them know your what you think about “Ignite”. Let us know in the comments, too!