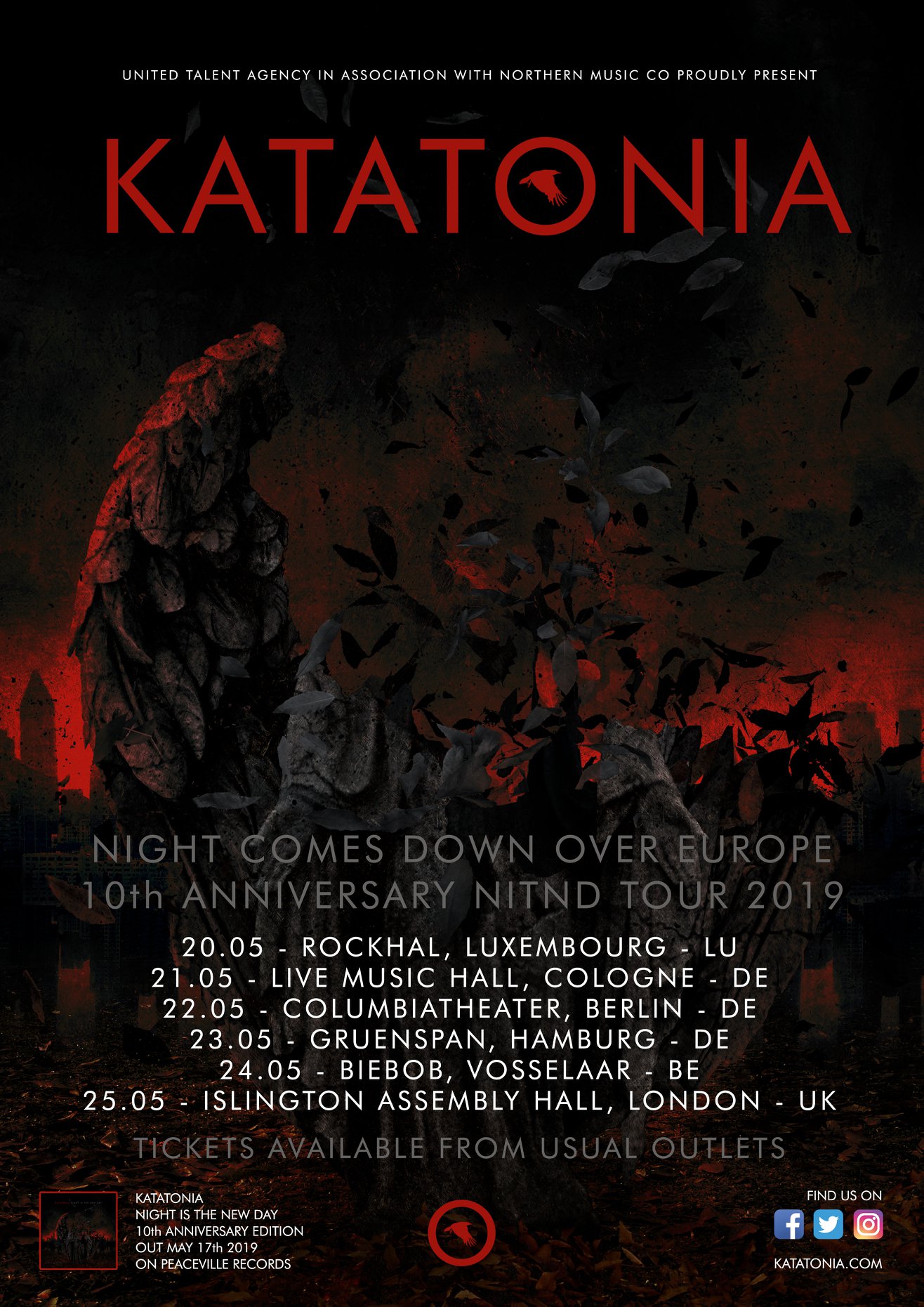 It was just a year ago that melancholic alt metal legends Katatonia announced a hiatus from touring to rest after being on the road consistently for almost two decades. This news was met with shock from fans of the band who questioned whether we’d see the act ever hit the stage again. Fast forward to 2019 and the Swedes have returned! They are bringing their tight and textured live show back on the road, and what could be a better way to bring a band out of their slumber than a celebration? Katatonia will be playing a handful of dates this May across Europe in honour of their 2009 offering Night is the New Day.

It was with this record that the band made their foray into more progressive territory, kickstarting their move away from death metal and into the more alternative metal behemoth we know today. Hopefully this is only the beginning of the news we’ll hear from Katatonia this year.

Katatonia will also be releasing a deluxe and expanded edition of the record on May 17 via Peaceville Records to coincide with this tour. Tour dates are as follows:

Tickets for all dates go on sale on Friday, February 22 – this isn’t one to be missed. The 10th Anniversary edition of Night is the New Day will feature new cover artwork from long-time collaborator Travis Smith, a special hi-res 5.1 remix created (for the first time) by Bruce Soord and sleeve notes by respected metal journalist Dom Lawson.