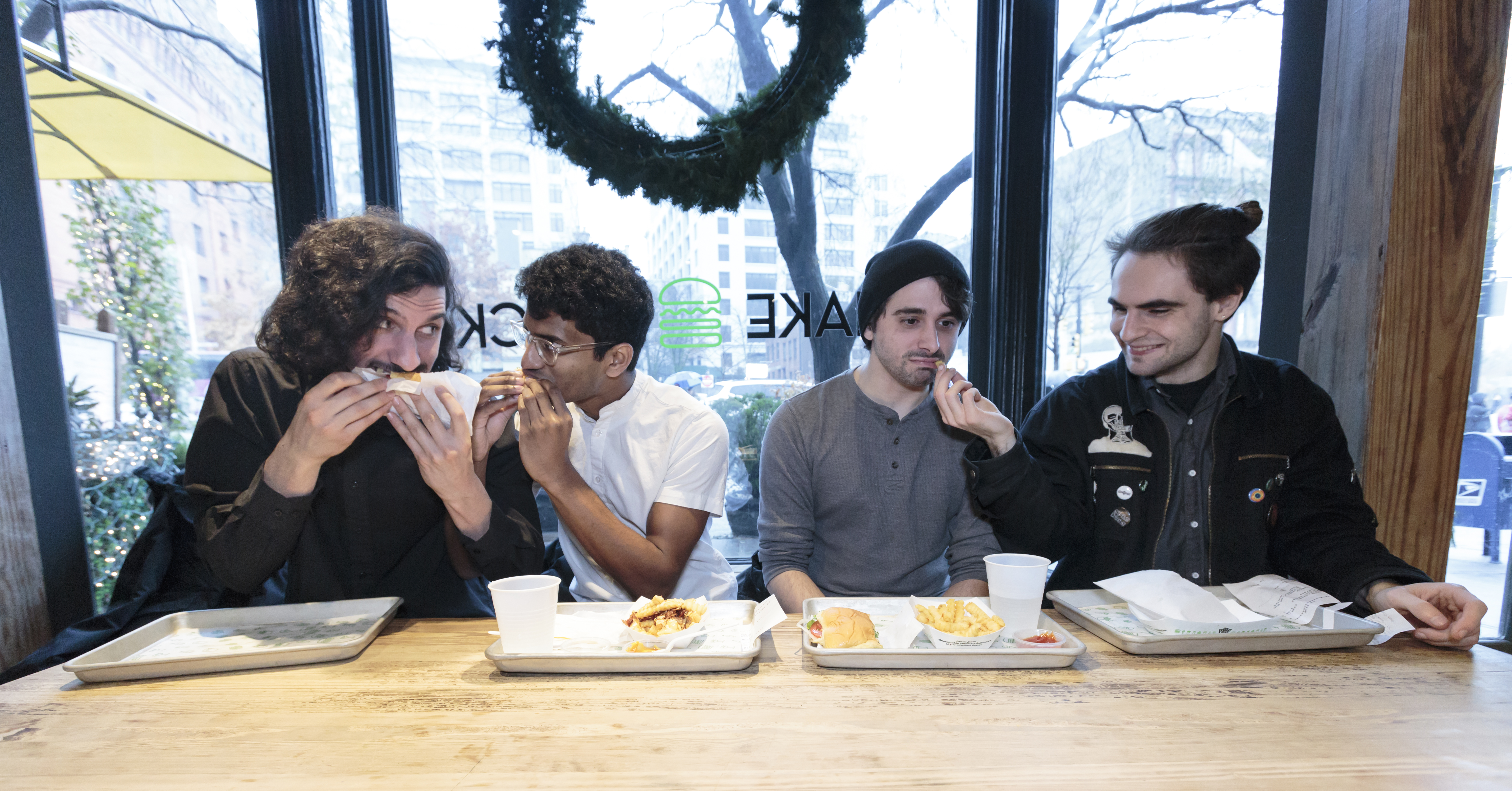 Stream Semaphore’s New EP “Leave With the Season” in Full!

By Dominik BöhmerFebruary 20, 2019 No Comments

‘Semaphore’ is a word which can be applied to a small handful of different things. Depending on the context, it can refer to a mode of long-distance communication, ordinary traffic lights, or even a certain variable/abstract data type used in computer programming. Isn’t that neat? You live and learn, even while you’re just trying to check out some new music. However, I can’t really pinpoint the term’s connection to Siddhu Anandalingam’s personal history. Anandalingam, a trained jazz saxophonist who studied chemical engineering and music at Columbia University in New York City, reformed his erstwhile solo project Semaphore with a full band line-up around mid-2016, after spending most of 2015 writing music that draws from his diverse musical influences, including Pink Floyd, Tigran Hamsyan, The Dillinger Escape Plan, Smashing Pumpkins, and M83.

Surprisingly, the resulting material sounds like an intriguing mixture of early 2000s emo/post-hardcore, indie rock, and 90s shoegaze, although there are moments where Anandalingam’s jazz background shines through as well. It’s also worth noting the instances of extreme serendipity which lead to him meeting the current members of his band. Funnily, both major stories are connected to TDEP in a way. Drummer Emmet Ceglia joined Semaphore after a 2016 concert of the New Jersey mathcore legends, where Anandalingam recognized him as one of the crowdsurfers. Ceglia then recommended guitarist Jay Kohler for inclusion in the band. A few months down the line, Anandalingam and Kohler met bassist Niko Hasapopoulos – while waiting in line to hear Ben Weinman talk about the music industry. And thus, the band was finally complete.

Their new EP Leave With the Season is scheduled to come out on Friday, February 22, via Si Doux Productions. Semaphore self-recorded it, while the mastering process was handled by Alan Douches at the renowned West West Side Music studio. We won’t make you wait another two days for it, though – you can find a stream of the whole EP below!

Leave With the Season comes only a mere 17 months after the release of Semaphore‘s début full-length All Too Robot. Over five songs and 24 minutes of runtime, the EP establishes the band’s infectious sound with a confidence and enthusiasm that is quite commendable. You need only listen to the opening “Unreliable” to see them play out their strengths; jittery, restless drums, emotionally charged riffs, and Anandalingam’s urgent vocal performance unite to create a danceable yet impactful experience. The heavier, slightly post-hardcore/mathcore-tinged moments like on “Convergence” (that guitar solo!) spice things up significantly, and play off the more melodious indie-oriented tracks like “Pie” remarkably well. I don’t want to take away too much, obviously, in case you’re still debating hitting play on the above stream, so I’ll just keep it at that.

Here’s what Anandalingam himself had to say about the themes and inspirations behind Leave With the Season:

‘Leave With the Season was born from the frustration we feel as we navigate the social scenes of Brooklyn. Sometimes we cannot be sure if we can trust our emotions or our friends or the city we live in since all these things inevitably fail us in one way or another. I find myself manifesting a culture I dislike – a culture of always searching for the most one can get out of another person or an experience. Utilitarianism guiding the way we pick our friends and the way we spend our days and evenings.

And yet, when we are unhappy, we start to hope that everything around us will change to accommodate us – when this doesn’t happen and we’re left with the same mundane lives, we can’t help but feel scorned, even if we put no effort into changing ourselves. This cathartic EP is best listened to with headphones as you make your way around town in the cold.‘

There you have it! I hope you liked what you heard and read here today – if so, why not leave Semaphore a like on Facebook or a follow on Twitter? You can grab their music over at their Bandcamp page to support this promising young act financially as well. Perhaps you’re even from their general area, so you can catch them at their EP release show at Saint Vitus, Brooklyn on February 27? Be sure to keep these guys on your radar regardless of your geographic location; I for one can’t wait to see where they’re headed next.