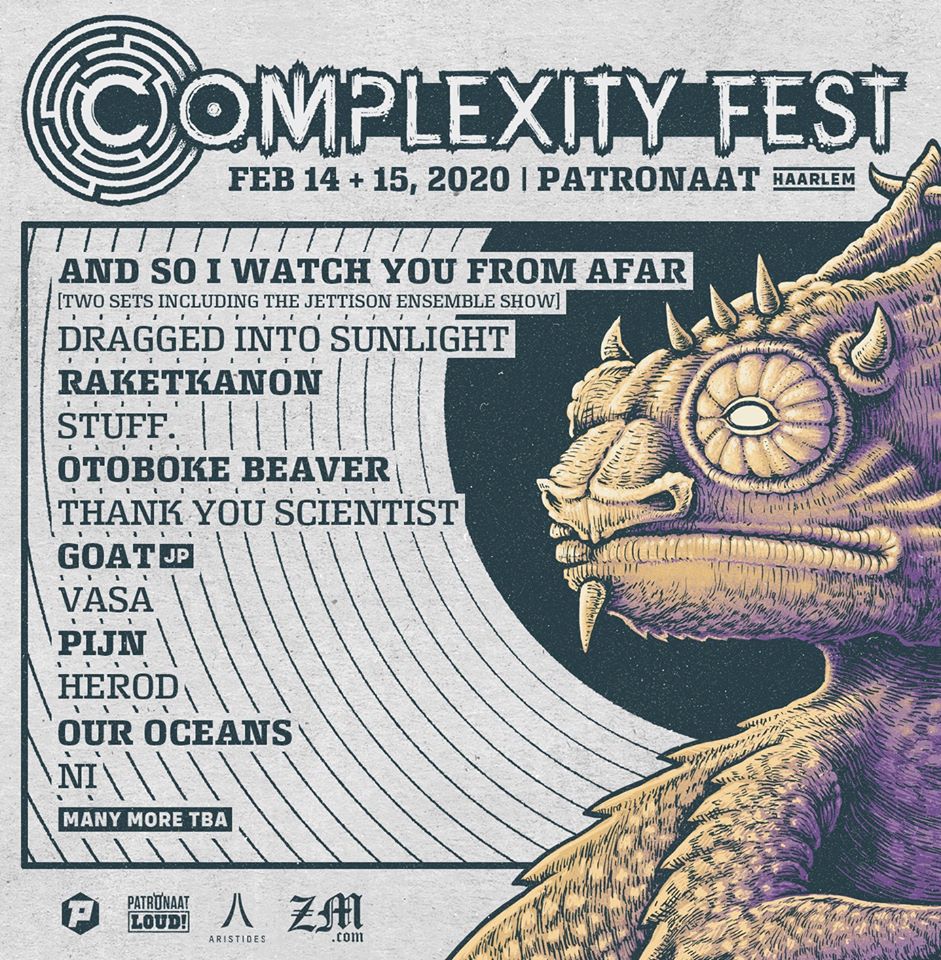 By Rodney FuchsNovember 19, 2019 No Comments

First off, the headline knows a new name, which is nothing less than experimental post-rockers And So I Watch You From A Far. The band from Belfast, Northern Ireland, will be performing two sets, including the ‘Jettison Ensemble show’. Jettison-what? Well, the Jettison show is ‘an unconventional audiovisual experience with a single pieve of music commemorating the advent of the second decade as a band, accompanied by a string quartet and set to an incredible video backdrop made by visual artist San Wiehl’, as stated by Complexity. The second set will be based on the band’s 10-year spanning career.

Shortly before calling it quits, Belgium’s Raketkanon will be tearing down Complexity for the first and their last time. STUFF deliver a wild mixture of jazz, hip hop and electronica and definitely promise a weird experience for all visitors. Speaking of weird, one of the most outstanding performances of 2019’s edition was the show of PiNiol. While Poil got the chance to perform in 2018, Ni will be on the 2020 edition with their fascinating instrumental music! If you love Japanese music for their craziness, you will also love the fact that there’ll be: Otoboke Beaver and Goat (Japan). Otoboke Beaver might be one of the most interesting punk bands hailing from Japan, while the Japanese jazz-rock group Goat brings in their repetitive rhythmic and pattern-based music.

These six bands add to the already announced lineup consisting of the following names: Dragged Into Sunlight, Thank You Scientist, Herod, Pijn, Vasa and Our Oceans. Make sure to gete your tickets and mark your calendars for February 14th and 15th, because Haarlem will truly be the place to be!