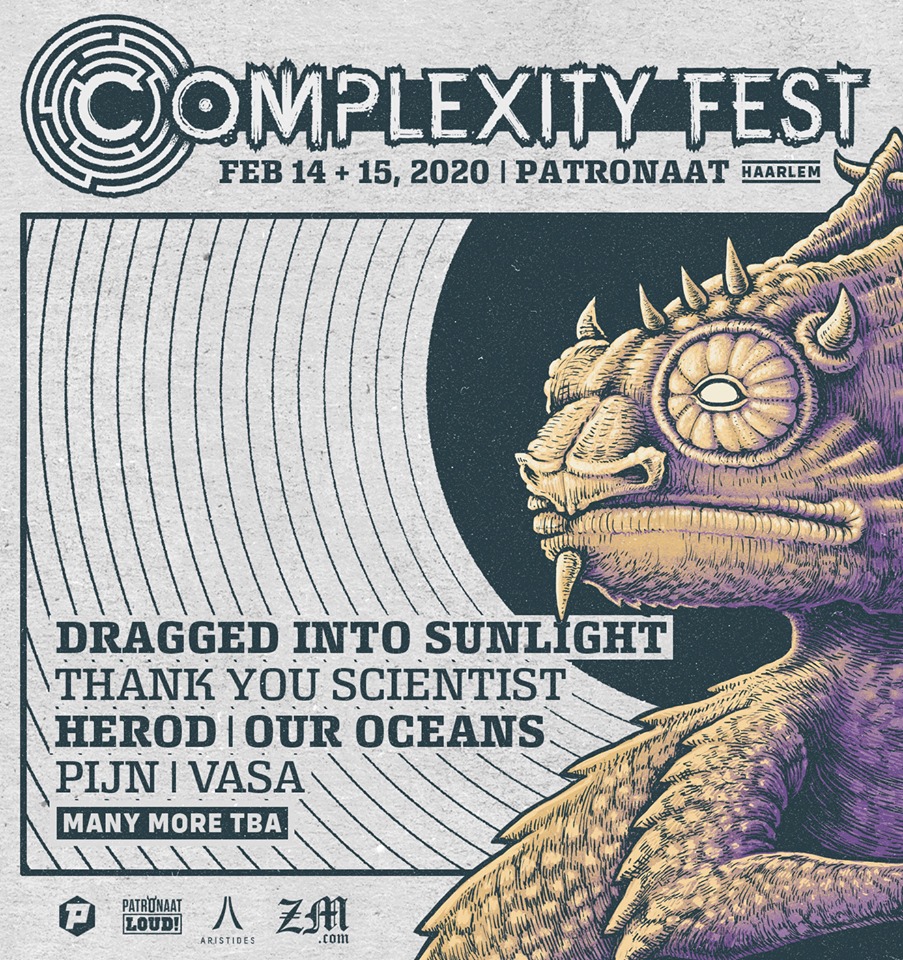 By Rodney FuchsSeptember 23, 2019 No Comments

After a successful fourth edition with bands like Zeal & Ardor, The Ocean and Shining on the bill, Complexity will be back in 2020. Happening on Friday 14th and Saturday 15th of February, Haarlem will become Europeans center for progressive and experimental music.

UK’s doom / black metal band Dragged Into Sunlight might be one of the main acts, while Canadian symphonic prog-rockers Thank You Scientist also promise to be a band playing on mainstage. They are followed by Swiss post-metal giants Herod, UK’s Pijn and math rockers VASA. A dutch act with known names is to be found in Our Oceans. The band features Tymon Kruidenier (ex-Cynic, Exivious), Robin Nienhuis (Dodecahedron, Exivious), Robin Zielhorst (ex-Cynic, Exivious) and Jasper Barendregt (Dodecahedron, Ulsect).

The announced bands already show the diversity, ranging from dark metal to instrumental progressive rock music. The last years also incorporated artists like The Algorithm, Blanck Mass or PinioL, while acts like SikTh, Ihsahn and Carnifex took headline spots. Overall there was plenty of good and diverse music on all three stages. With these six bands already announced, we don’t expect anything less for 2020 as well! 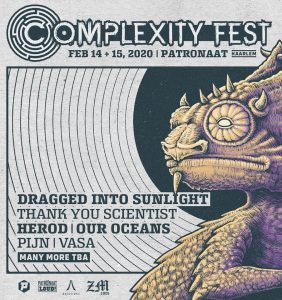 On February 14 there will be a pre-show, while the main event happens on Saturday 15th. Complexity states that the event will feature approximately 20 bands in total. What do you think of this first wave? Which bands do you want to see on the bill? So, let us know in the comments!

Tickets are on sale now. Find more information and updates on the official Facebook event for Complexity 2020!