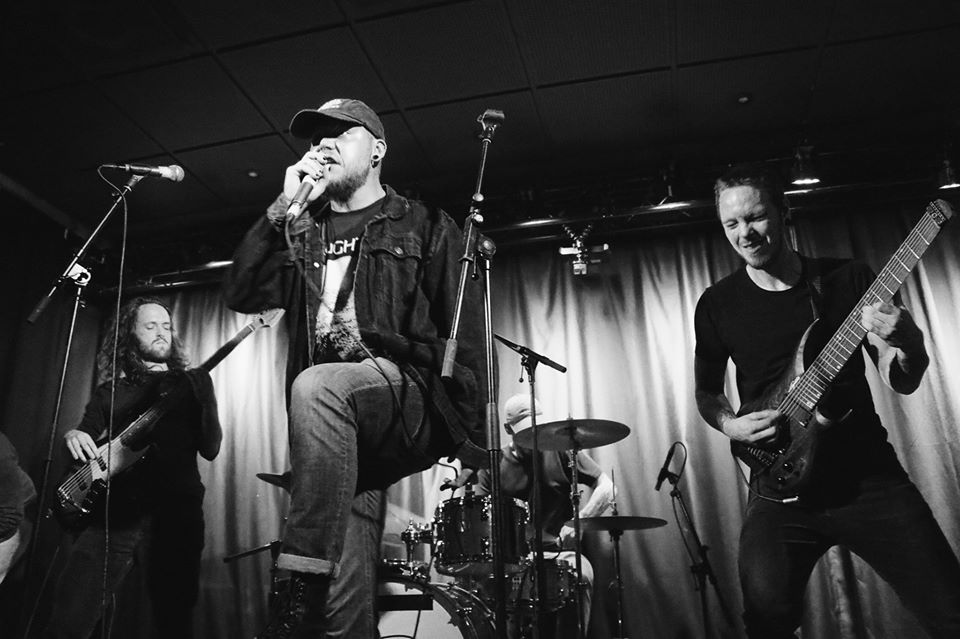 By Robert MiklosNovember 19, 2019 No Comments

Some might argue that progressive metal as a whole is growing stale. I’d beg to differ, and I bring to the table this here album to hold my ground.

South Harbour initially started out early last year as a solo studio project meant to be a crystallization of Alexander Varslev-Pedersen’s artistic vision. During the creative process, which aimed for a diverse sound, the album went from being a purely instrumental one to a collaborative endeavor featuring six different artists. South Harbour is now composed of Alexander Varslev-Pedersen and Kristian Hejlskov Larsen on guitars and Andreas Dahl-Blumenberg on bass.

Before I delve into the record at hand, I’d like to underline that while there are a lot of drab bands that release music (ironically) under the ‘progressive metal’ tag, there are still plenty of bands that do plenty of justice to what progressive music should truly be about. A Withered World In Color is one of those albums that just brings good flavor to the genre in a well-balanced way.

A Withered World In Color may need a few repeats, especially for those of you who aren’t well-acquainted with the genre. It’s not inaccessible per se, but it’s not easily digestible either, especially as a whole, since it features quite a striking variety of sounds and textures mixed in a way that initially sounds like it’s not really out of the ordinary, only to surprise that much more when after a few re-listens, their authenticity begins shine brightly. The record basically runs the gamut from feather-light to crunching heaviness when it comes down to tonal range; this transitioning from soft to heavy is executed with finesse and never feels out of place when it occurs during a song.

Similarly, there is a wide range of styles and elements employed in order to drive the whole action forward. This makes for an engaging journey that relishes in the textural depth that sparkles all around. There are some classic metal elements set in place, there can also be found some more lighthearted and soulful r’n’b-styled vocal deliveries scattered across, as well as some more rock-leaning moments, too. There are even some ‘post’ edges in the instrumentation here and there, most prominently noticeable at the end of “As I Gaze Into An Uncertain Future”, as well as the respective beginnings of “Flowers Need Water” and “Not All Who Wander Are Lost”.

At this point one would say ‘Sure, but where’s the actual metal?‘, to which I have nothing more to add than a couple of examples. “M Å N E B A R N”, “Naysayers Begone”, and “A Dying Breed” showcase the heaviest of the areas the album reaches. There’s plenty of screaming and growling, well put-together alongside chunky riffs and an explosive delivery. The ending of “Exactly Where We Were Supposed To Be” also places some nice groove next to what the previously mentioned tracks offer, besides being the longest and most expansive of the songs.

A Withered World In Color is a breath of fresh air, and a very promising debut. South Harbour don’t shy away from making use of whatever they need to create a compelling journey with a gripping quality. Moreover, it is reassuring to see something so intense and neatly tied together as a first release. Basically, if you feel like progressive metal is letting you down recently, come on and check this record out. I’m sure it will at the very least spark a little something inside you, if not a legit bonfire.

A Withered World in ColorDenmarkMetalProgressiveSouth Harbour