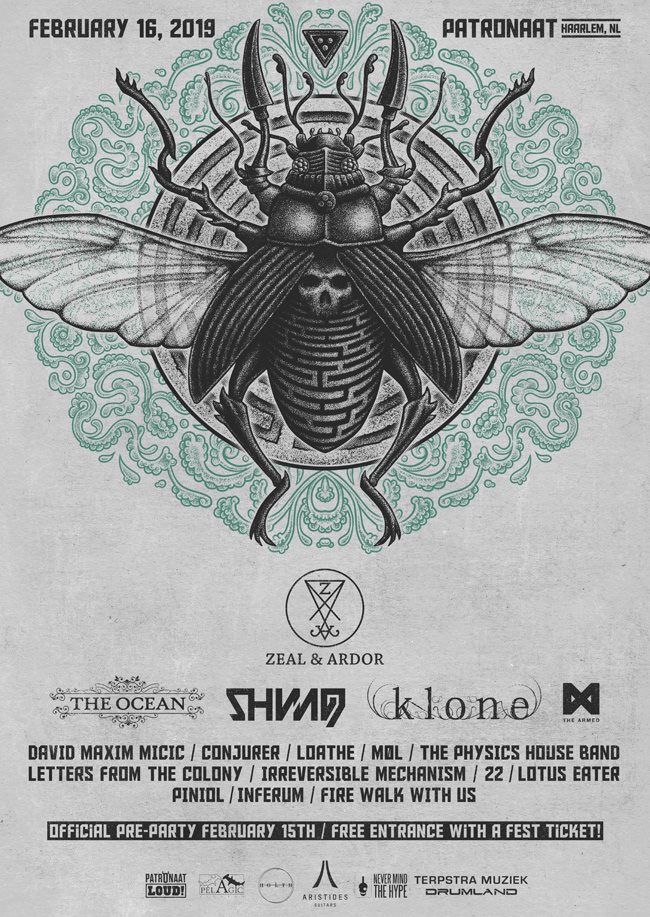 By Rodney FuchsDecember 22, 2018 No Comments

Right before Christmas we got a present by the people from Complexity. The festival that will happen on 16th February in Haarlem – near Amsterdam – just announced its final names on the billing!

Sectioned had to cancel their appearance. Furthermore, Shining won’t be performing Blackjazz in full either. This is what Shining stated about their performance at Complexity.

‘First off, we are so stoked we will finally play at Complexity Festival. However, we are sorry to inform you that we will not play ‘Blackjazz’ in its entirety due to unforeseen production difficulties. At the time of confirmation we did not expect to have so little time between our tour and our visit to Complexity to prepare a performance that will do the album justice. Still you can expect a special career-spanning show where we will play songs from ‘Blackjazz’ to ‘Animal’. We thank you for your understanding and hope to see you all there!’

This announcement came with the following new bands: Denmark’s blackgaze sensation MØL, UK’s up and coming deathcore outfit Loathe, the incredible The Physics House Band, Norwegian prog-rockers in 22, and Fire Walk With Us from Amsterdam. These bands add their diverse styles of music to a lineup that truly delivers something for everyone.

Complexity will be headlined by one of the most interesting metal acts out there, Zeal & Ardor. Another highlight here is The Ocean, who just released an outstanding record with Phanerozoic: Palaezoic I and have managed to create their very own post/prog metal style over the last few years. Also currently lined-up are Klone, The Armed, David Maxim Micic, Conjurer, Letters From The Colony, Irreversible Machanism, Lotus Eater, PinioL, and Inferum.

As Complexity announced, there will also be a pre-party on Friday February 15th Ticket holders will get free-entrance as well! There is no further information about the party, but if you’re in Haarlem a day early, you get to prepare yourself for this great day of progressive music!

Attend the official Facebook event and like the festival’s page to avoid missing any updates! And don’t forget, tickets are still on sale if you haven’t gotten yours yet!